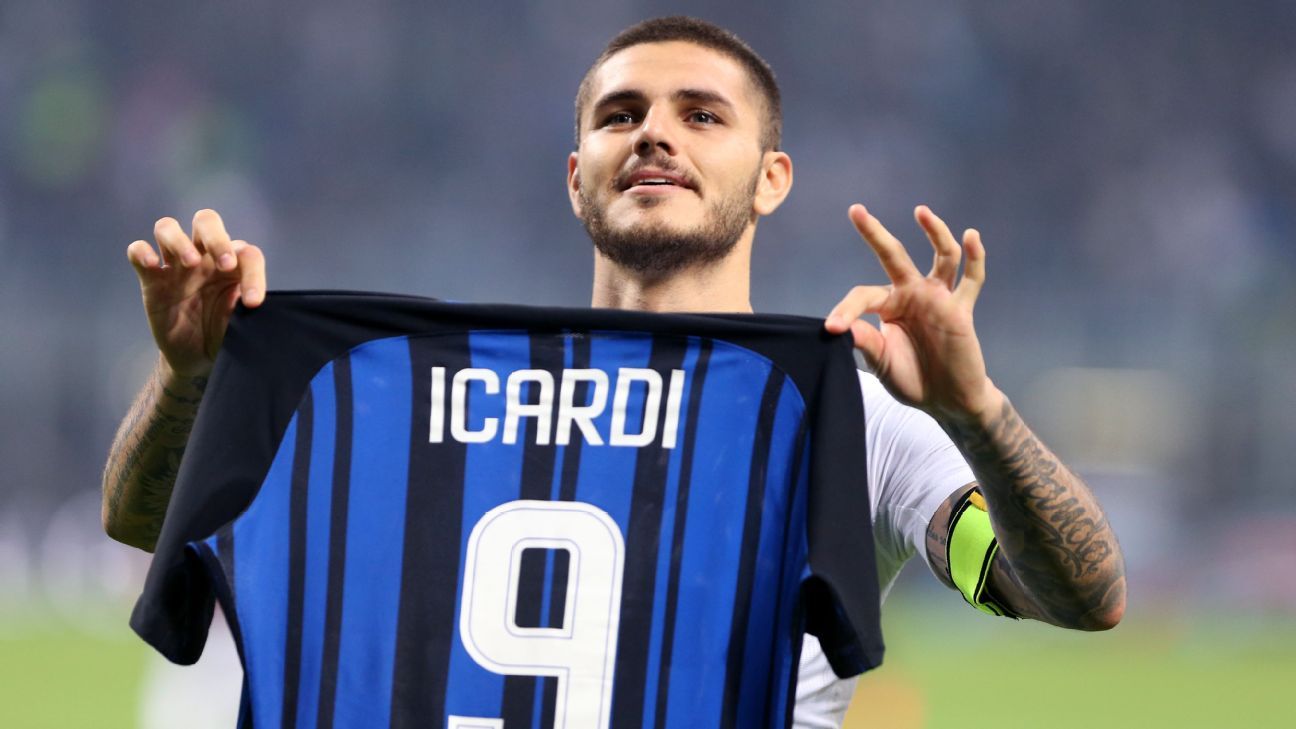 
Another spectacular Milan Derby — are there any boring ones these days? — was decided by a late Mauro Icardi penalty, the Argentine slamming home a legendary hat-trick to down the Rossoneri 3-2.

The Nerazzurri had started better and went ahead after a sensational Antonio Candreva cross found Icardi unmarked on 28 minutes. The Lazio man had also hit the bar, something Inter would rue after the break when Milan’s domination saw them equalise through a Suso curler. A brilliant Icardi lunge sent Inter ahead again only seven minutes later but Milan looked like they could pull off a coup when Jack Bonaventura levelled in the 80th, only for Ricardo Rodriguez to wrap his arms around Icardi in the box soon after.

The rest, as they say, is history.

A major bookmaker published live odds on the advertising boards during the game and had the Rossoneri as marginal favourites after Suso’s goal. Yet their strikes were answered within seven and 10 minutes respectively, which speaks to Inter’s character and composure.

Inter really needed Icardi to answer. He may not be complete but is working harder in the build-up, where he has evident limits. The midfield three may finally be settled, too, and both Vecino and Skriniar are monsters.

Inter let their rivals score twice and take control in the second half. They are incapable of digging in and avoiding silly goals.

7 — Luciano Spalletti’s Nerazzurri team is coming together, alright. There are problems (Inter dipped late on, which almost cost them two points) but one can see that his schemes are working. Using Borja Valero was a huge boon; he protected Candreva (whom he shielded from the critics) and his attack looks a lot more clinical. His side wasn’t lucky to win. It sabotaged itself perhaps, but kept coming back for more.

GK Samir Handanovic, 6 — Really should have saved Suso’s goal. Made a miraculous save to deny Fabio Borini and can’t be blamed if his Shaolin-like save off Bonaventura then bounced into the goal off his knees.

DF Danilo D’Ambrosio, 6 — A decent game by any standards, a very good one by his. Sharp in the tackle, he helped Candreva set up the opener with a run downfield though his crossing was questionable.

DF Milan Skriniar, 7 — Made a number of wonderful steps out of defence to make key tackles. Neither Patrick Cutrone nor Andre Silva were that noticeable, which said a lot.

DF Joao Miranda, 6 — Booked for a completely unnecessary barge into Andre Silva early on. Needed to be bailed out by his centre-back partner on a few occasions. How long can this go on?

DF Yuto Nagatomo, 5 — Generally didn’t look bad but lost a massive 25 balls. A couple were good (in theory) long ones to Icardi, many others were not so inspired. Struggled to contain Borini and Suso as well.

MF Matias Vecino, 7 — Tireless worker. Should have scored when he fired an effort just wide, but completely unmarked. Later made an incredible run to set up the corner from which the Beneamata earned the winning penalty.

MF Roberto Gagliardini, 5 — Completely fell for Suso’s dummy. Perisic can be excused for trying to dart outwards but Gaglia shouldn’t have done the same. Fought hard in defence but needs to stamp his authority on the midfield.

MF Borja Valero, 6 — Faded in the second half but showed that he can play as a trequartista in the first, with a series of beautiful touches which allowed Candreva to advance (and dip inside) and kept the team moving.

MF Antonio Candreva, 9 — Who are you, and what have you done with Candreva? As a sarcastic critic put it, he would win the Ballon d’Or if he only ever played Milan. Deserved a goal for hitting the bar. Clipped those early crosses Spalletti has asked for beautifully, and should have had a second assist when he found Vecino.

MF Ivan Perisic, 7 — Not as dangerous or as involved as Candreva, but worked hard in defence and was far more effective with his crosses, finding a dangerous Miranda header early on. Was fooled by Suso’s turn, a pity for someone who set up a counter with a sliding tackle.

FW Mauro Icardi, 10 — Has the right to wear Bonucci as a coat until the next Derby. He has nine goals from eight games, yet there were those who would have sold him to Napoli for only €60 million two years ago. Still looks better at the San Siro where he doesn’t have to work as hard in the build-up play. His second goal was a work of art, his third a gutsy call mere hours after Paulo Dybala’s epic choke against Lazio.

MF Eder, 6 — I guess this is what he does now: come on and galvanize the Nerazzurri. In all honesty, that’s probably enough for now.

DF Davide Santon, NR — Brought on to waste time, give Icardi a standing ovation and offer the security of an extra defender. Wasn’t tested.