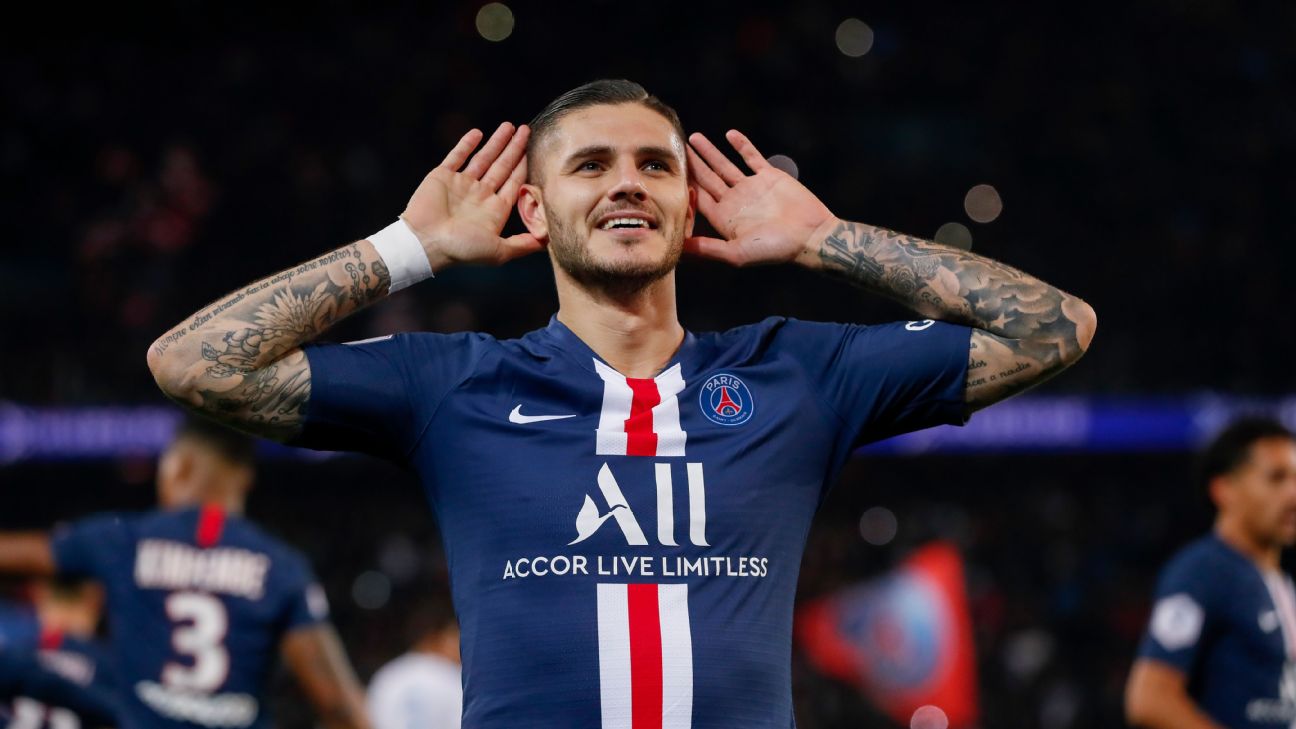 Talks between the two clubs have intensified while Wanda Nara, Icardi’s wife and agent, has also been busy finalising a deal with the Parisian club while putting pressure on the Italian side to lower the fee.

Icardi, 27, arrived in Paris on loan last summer with a buy-out option of €70 million. PSG’s sporting director Leonardo now wants the fee to be reduced due to the coronavirus crisis. Although Inter initially did not want to budge on the money, the negotiations have been very positive and Sunday was seen as a real breakthrough between all parties.

The fee has almost been agreed between €55m and €60m depending on bonuses. The discussions will continue this week but PSG are confident the Argentina international will remain in Paris.

Icardi scored 21 goals in his first season in France despite a dip of form between December and February. Wanda Nara has negotiated a four-year deal worth €10m-a-year, which is the wages that Edinson Cavani was on.

Cavani is out of contract next month and as ESPN reported, he won’t be offered a new deal.. He almost left for Atletico Madrid in January and Diego Simeone’s side still want to recruit him on a free this summer.

The Uruguay international, 33, has attracted lots of interest including from Newcastle, Boca Juniors and Inter Miami, with Inter Milan also keen as Barcelona continue to court Lautaro Martinez.

As well as Icardi’s departure to PSG, Alexis Sanchez will return to Manchester United, so Antonio Conte will have to rebuild his attacking department around Romelu Lukaku.

Cavani  is considering the Inter offer of a three-year deal but sources have told ESPN that PSG’s record goal scorer, who would have liked to stay longer at the Parc des Princes, is yet to decide where he will play next season.