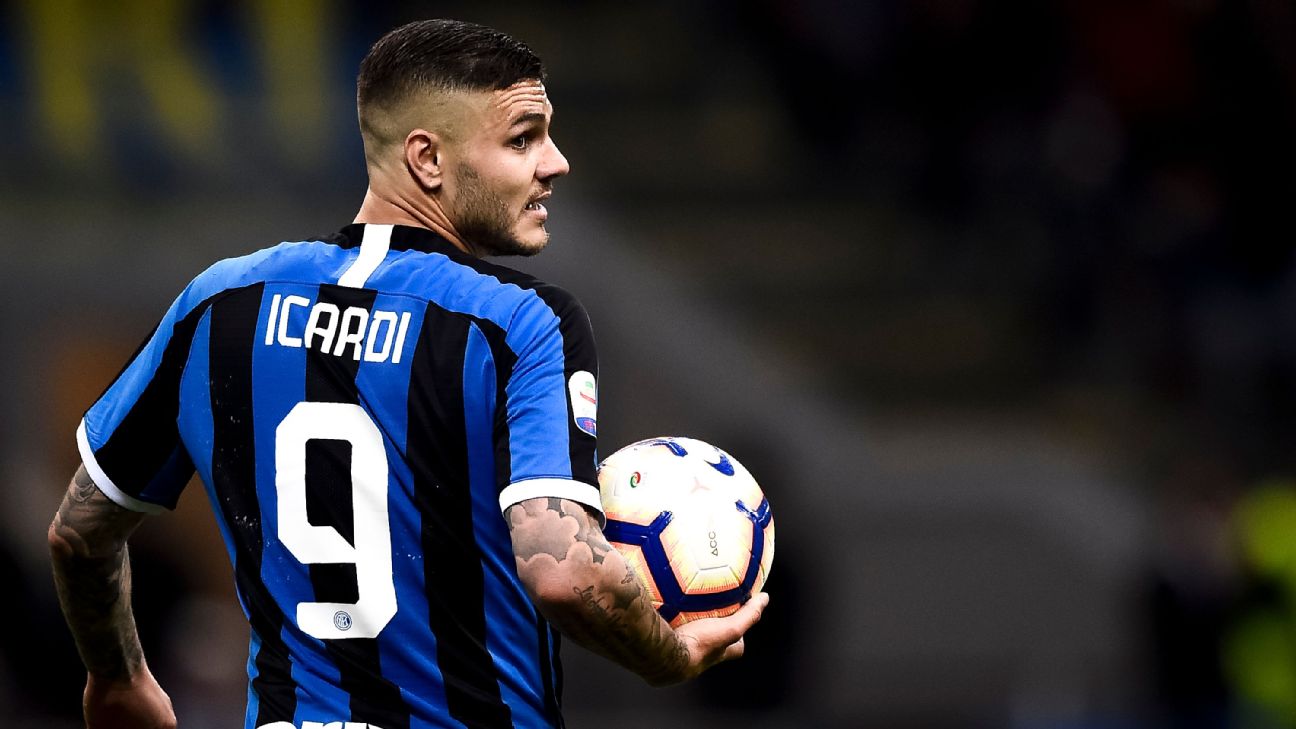 
Paris Saint-Germain have signed attacker Mauro Icardi on loan from Inter Milan with an option to buy him at a later date, the clubs have announced.

The Argentina international signed a contract extension with the Italian club until 2022 before penning a season-long loan deal with PSG that includes the option of a permanent transfer for around €70 million.

– ESPN fantasy: Sign up now!
– When does the transfer window close?

Icardi, 26, fell out of favour with Inter and is not part of coach Antonio Conte’s plans for this season, having missed much of last season after he was stripped of the captaincy in February.

He arrived in Paris on Monday and underwent his medical before completing his Parc des Princes switch.

“I’d like to thank Paris Saint-Germain for the confidence they have shown in me,” Icardi said after putting pen to paper on his contract. “I will give everything to help my new team go as far as possible in all competitions.

“Paris Saint-Germain has become an international football powerhouse, attracting some of the greatest players in recent years. The momentum is strong in Paris, ambitions are high and I am sure that we have everything here to go even further. And I’m really looking forward to playing at the Parc des Princes, a stadium famous for its beauty and passion!”

PSG have been on the lookout for a striker after Edinson Cavani and Kylian Mbappe suffered recent injuries that could keep them out of their Champions League Group A opener at home to Real Madrid.

Neymar, although he was expected to leave for Barcelona this summer, will now be staying in the French capital — as revealed by ESPN FC sources.

However, the Brazil international is not a short-term solution to that problem as he is suspended for the first half of the continental group stage for his insulting behaviour towards officials after last season’s exit against Manchester United.

Icardi, who scored 111 goals in 188 Serie A appearances for the Nerazzurri, joins goalkeeper Keylor Navas as PSG’s deadline-day signings this summer.

PSG also announced on Monday they are sending Spanish winger Jese Rodriguez to Portuguese side Sporting Lisbon on a year-long loan.