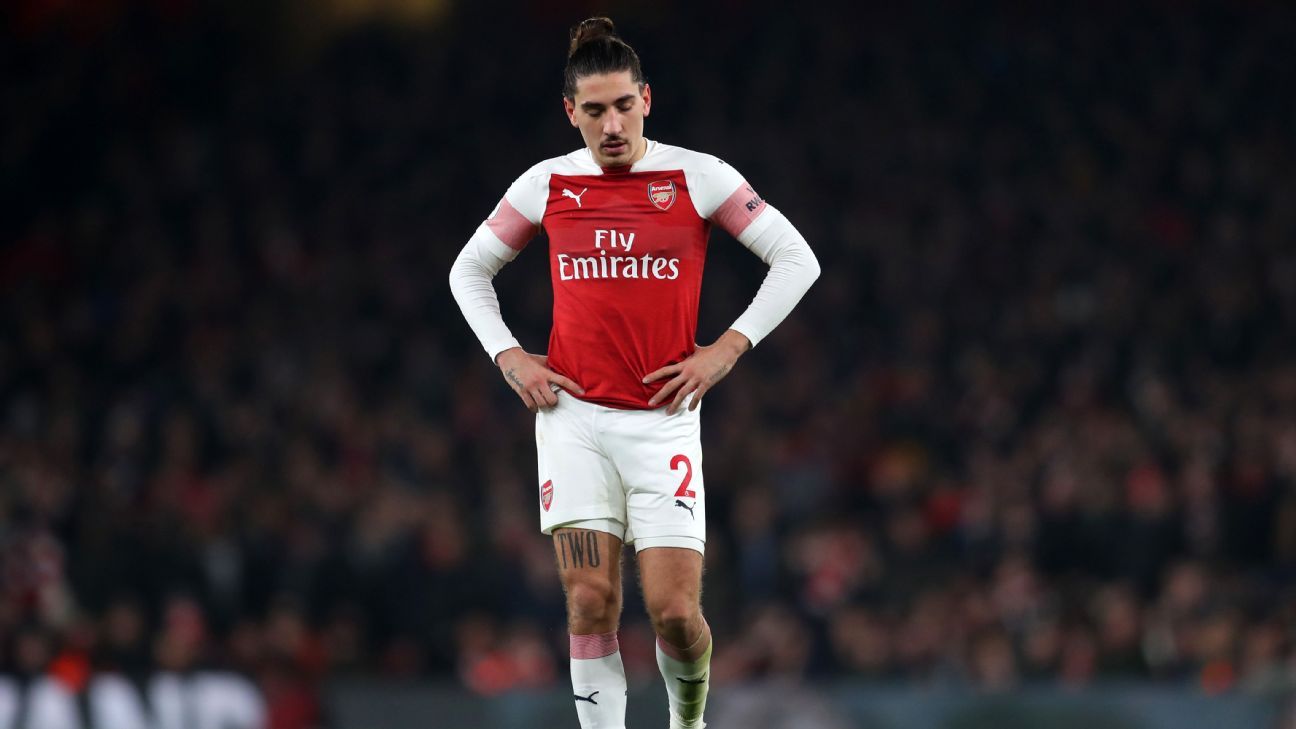 Inter Milan are targeting a move for Arsenal full-back Hector Bellerin this summer as boss Antonio Conte looks to strengthen his defence, the Mirror reveals.

The 25-year-old is contracted to the Gunners until 2023 and the club are said to be keen to extend his stay beyond that, but Bellerin appears to be in no rush to put pen to paper, which has prompted interest from former Chelsea boss Conte.

The report says that Bellerin wants to see how Arsenal progress under Mikel Arteta before committing his future further, but Inter are monitoring the situation and are weighing up a bid in the region of £27 million.

Bellerin has been with Arsenal ever since he joined the North London team’s youth academy from Barcelona in 2011. He has played eight times this season, scoring once.

08.29 BST: Loris Karius does not feel any pressure to leave Liverpool, where he has returned after cutting his loan with Besiktas short last month.

The German goalkeeper has not played for the club since his disastrous performance in the 2018 Champions League final loss to Real Madrid, in which he made two errors that led to his side conceding goals in the 3-1 defeat in Kiev.

Karius has since spent almost two seasons with Besiktas, where he made 55 appearances in the Turkish Super Lig before his second loan spell was ended prematurely in Ma after he reported them to FIFA for allegedly not paying his wages..

“It does not make any sense to say that I’ll sign for a worse club than Liverpool when again I am again only the backup keeper,” the 26-year-old told Transfermarkt.

“I am at the best club in the world right now, compete for titles and train at the highest level every day,” Karius said, adding that he is not looking for the “next adventure” and rather “step on the gas in one of the top leagues.”

08.00 BST: Players will be allowed to play for up to three clubs, instead of two, during the course of a season in a temporary rule change to alleviate the effects of the coronavirus pandemic on the sport, FIFA has announced.

The global football body added that the move was “to avoid any concerns regarding unemployed players.”

FIFA also said it would allow national associations to open their transfer window for the 2020-21 season before the current campaign has finished.

It said the change was intended to allow clubs to complete the 2019-20 season with their original squad, even where the campaign had been extended from May into June and July as is the case in a number of European countries.

– Transfer window Q&A: How will the summer market work?

Following earlier reports that Feyenoord midfielder Orkun Kokcu is happy in the Netherlands despite interest from Arsenal, Dutch paper Rijnmond is reporting that Barcelona are now also in the hunt to land the talented youngster.

Kokcu, 19, is under contract until 2023 but has recently rejected two offers to renew his deal, which has prompted a number of clubs to ask about his situation, including the Spanish giants.

It has already been reported that Betis, Sevilla, Arsenal and Chelsea are all interested in chasing Kokcu’s signature. And it’s believed the Dutch club would sell, albeit reluctantly, for around €18m, though Arsenal have already allegedly seen a bid of £25m turned down.

Barcelona are said to be prioritising Miralem Pjanic, but see Kokcu as an ideal solution for the future.

Real Madrid have been linked with a move for Rennes defensive midfielder Eduardo Camavinga in 2020, Sport says, but they’re making moves for a plan B in Espanyol‘s Marc Roca.

Los Blancos are being forced to consider alternatives to Camavinga because they’re not the only ones interested in him, with Paris Saint-Germain also keen to land the 17-year-old.

Roca is considered a promising talent in Spanish football and the club appear willing to let him go for a fee of around €40m, though his release clause is said to be slightly lower at €35m.

Bayern Munich have reportedly seen a bid of €30m turned down, while Arsenal and AC Milan are also said to be very interested, with the Gunners in particular reported to have already submitted an offer.

— Valencia winger Ferran Torres is a wanted man, according to Le10Sport. Earlier this week we reported that Napoli were interested in landing the 23-year-old, but now Real Madrid, Borussia Dortmund and Juventus have joined the clubs interested in signing a player who so far has rejected his club’s offer of a contract extension, his current deal ending in June 2021. Torres is expected to leave in the next transfer window, with Valencia unwilling to let him leave on a free next year.

— PSG are in the market for a new left-back with Layvin Kurzawa set to leave this summer, and sporting director Leonardo appears to be keen on Theo Hernandez, according to Sport Mediaset. Hernandez has impressed this season and the Rossoneri aren’t keen to sell. Moreover, while Leonardo has already spent €50m on Mauro Icardi, Hernandez could cost a similar amount, which might complicate matters.