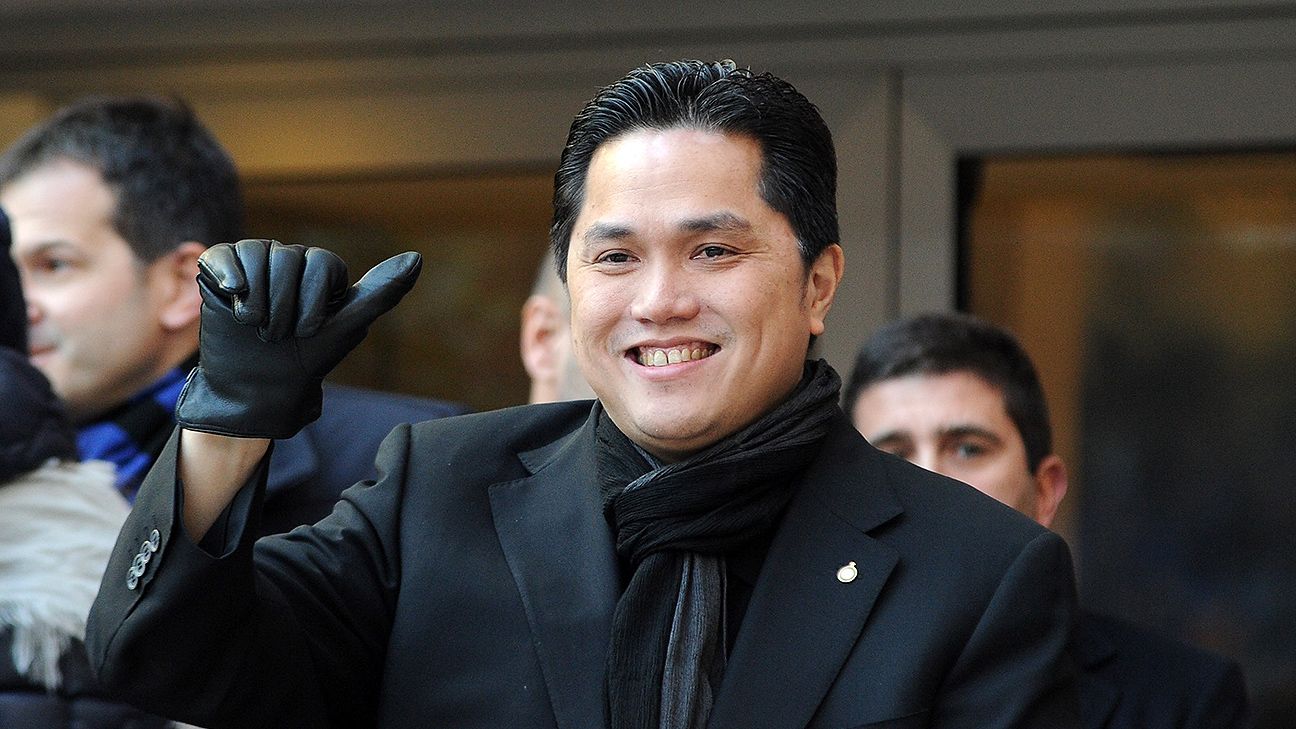 
Inter Milan president Erick Thohir says he has a “serene” relationship with the Italian club’s owners as they were able to celebrate Christmas with more cheer than in recent years on Monday evening.

Inter are on 40 points from 17 Serie A games this season, just two fewer than league leaders Napoli and one fewer than second-placed Juventus, meaning there was plenty to celebrate as the club got together for their annual Christmas dinner, and Thohir says that things are also harmonious off the field.

“My relationship with [Suning] is serene,” he told Sky Sport Italia. “We’ve met several times, in China and in Milan, and everything is going well. Now there’s Steven [Zhang from Suning], a family member, based in Milan.”

As a result of the on and off-field harmony, Inter could deliver Champions League football next season for the first time since Thohir replaced Massimo Moratti as president in 2013.

“[Head coach Luciano] Spalletti is doing very well and now we just need to consolidate if we are to reach our objectives,” Thohir said. “We’re halfway through the season and Inter are playing a lead role. Considering there will be four Italian clubs in the Champions League next season, I’m very optimistic that we’ll realise this ambition.”

🎙| Steven #Zhang at the #InterXmas party: “I’ve been here for a year and a half, we’ve gone through highs and lows and next year we’ll write history as the club celebrates its 110th anniversary. We have to consider ourselves fortunate to be a part of Inter.” #FCIM ⚫️🔵 pic.twitter.com/nTFfkqpXwa

Inter saw their unbeaten record for the season come to an end with a shock 3-1 defeat at home to Udinese at the weekend — a result which saw them knocked off the top of Serie A — but Spalletti says that will prove to be just a blip as he focuses on enjoying the festive season with more positive results.

“It all becomes more engaging during the holidays,” he told Inter Channel. “There’s a will to stay together. I hope that it will be a Christmas with no let-up, with peace, entertainment and lots of love. We have to stay close to the team, which is not the one which lost against Udinese, but the one which went 16 matches unbeaten.

“When I speak about my guys I speak about the surroundings because the fans are always with us. My Christmas? Football and family. I will be forever closer to our colours. I know where we’ve come from and we need to keep going and complete our journey.”

Inter travel to Sassuolo on Saturday before meeting city rivals AC Milan in the quarterfinals of the Coppa Italia on Dec. 27.

They will then conclude 2017 with the visit of Lazio to the San Siro, and Inter captain Mauro Icardi is looking forward to the rare opportunity to keep playing through the Christmas week, with Serie A this year putting its winter break back to January.

“I hope to score another three goals against Milan and bring joy to the fans!” he told Inter Channel. “Sassuolo are a side who have played well for a couple of years. They’ll do well and give everything. We need to be Inter, not like on Saturday. I wish everyone a Merry Christmas, we hope to finish 2017 well and start the New Year in the same way.”