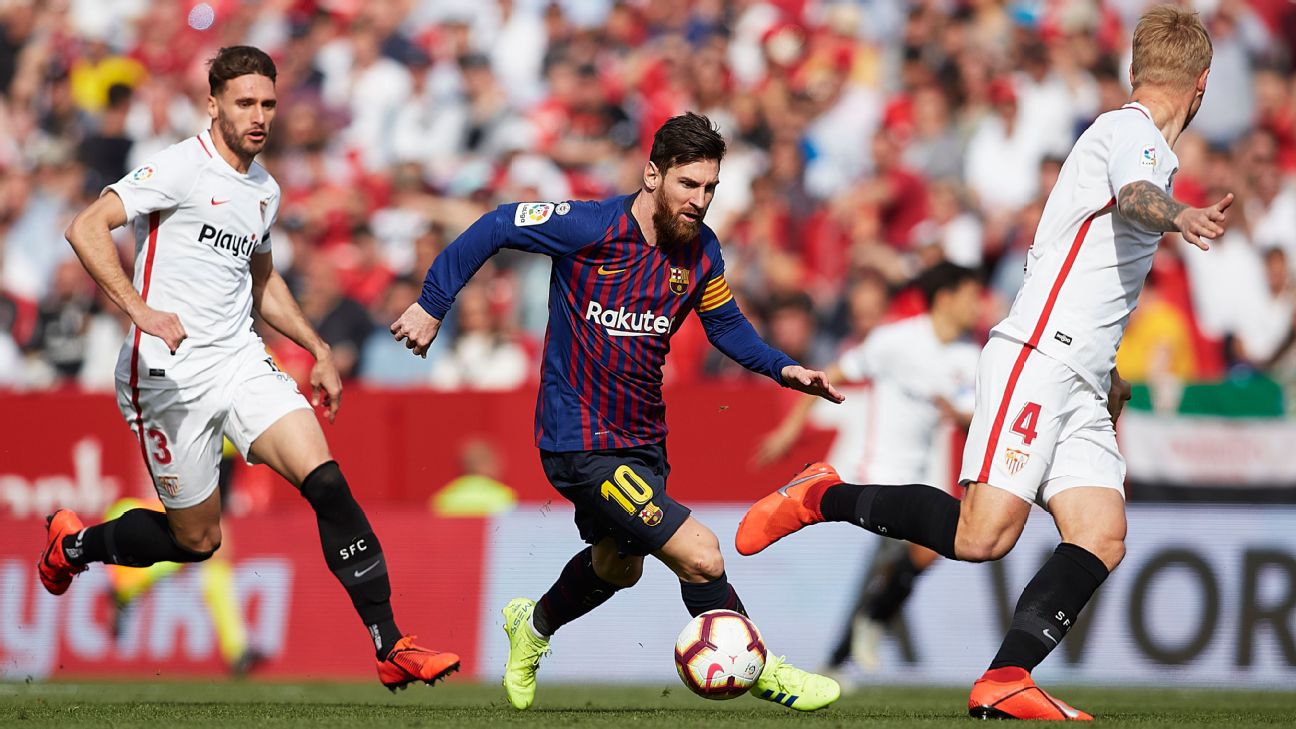 
David Beckham has less than a year before his new Major League Soccer team Inter Miami takes the field and is finally turning his focus to bringing in players with Lionel Messi and Cristiano Ronaldo on his mind.

When Beckham announced he would create an MLS franchise in Miami five years ago there was speculation that he would look to entice some of the biggest names in the game, with talk of Messi or Ronaldo possibly ending their careers in Florida.

Although Juventus forward Ronaldo is 34 and Barcelona’s Messi will be 32 in June, former Manchester United and Real Madrid midfielder Beckham knows it will be tough to get them to move — even if he has not given up on the prospect.

“Everyone has their wish list — everyone does! But if you look at the way Leo and Cristiano are still playing, even at what you might think is the later stage of their careers, I don’t see it ending for them,” he told a small group of reporters.

“They’re playing at such a high level that it’s hard to see them leaving the clubs they are at. But we will see. You never know what can happen in football.”

Beckham, who played for MLS side LA Galaxy later in his career, and his small staff are beginning the process of identifying players and seeking to bring them in for the 2020 season.

“As an organisation, as a club, we are starting to look at players, and possibilities, at what is possible. We’ve got a great team here and we’ll start piecing the things together. But we have to do that quick because it’s only a year away,” he said.

Beckham’s contacts in the game will surely help him attract talent and he also needs to find a manager and coaching staff for his club.

Among those the 43-year-old former England captain has turned to for advice about his new role as an owner is former Manchester United chief executive David Gill.

“I’ve been speaking to people over that time. People like David Gill, who is someone who has a huge amount of experience at Manchester United, asking him about the job he did there,” he said.

“But there are also other clubs and football people I’ve been around over my career and been able to have and gain experience from. I also have some great partners here in Miami, who understand the U.S market and MLS.

“It’s a different world from the European leagues but it’s catching up really quickly and the excitement is there.”

Beckham also backed Manchester United caretaker manager Ole Gunnar Solskjaer to take over the full-time job after his transformation of the club following the sacking of Jose Mourinho and said it is clear that the team’s supporters want him to become the permanent coach.

Solskjaer took over from the sacked Jose Mourinho in December and has led the club into the quarterfinals of the Champions League. His overall record is 14 wins from 18 games ahead of Saturday’s FA Cup quarter-final against Wolverhampton Wanderers.

“He’s just brought the players together — and the players have responded in the right way, the way the fans had hoped. It’s just nice to see Ole do so well,” Beckham told a small group of reporters.

“It’s not down to me to decide. But look at the fans. They’ve loved all the time he has been the manager so far. They want that to continue.”

Beckham played with Solskjaer under Alex Ferguson during some of United’s most successful years and has no doubt his links to the club’s past have been crucial.

“Ole has just come in. He gains that respect from the players because he had done it. He’d been there on the biggest stage and won, he’s been successful,” the former England captain said.

“As a manager he’s done it in a mature way, a way that is respected by not just younger people but older ones. Having the support of The Boss [Ferguson] has also helped him and given him confidence. When you get results like he’s had, that’s great.

“To see someone that knows the club, that understands the club, come in and do as well as he has done has been great… what he’s done, makes us as ex-teammates very proud. It’s exciting.”