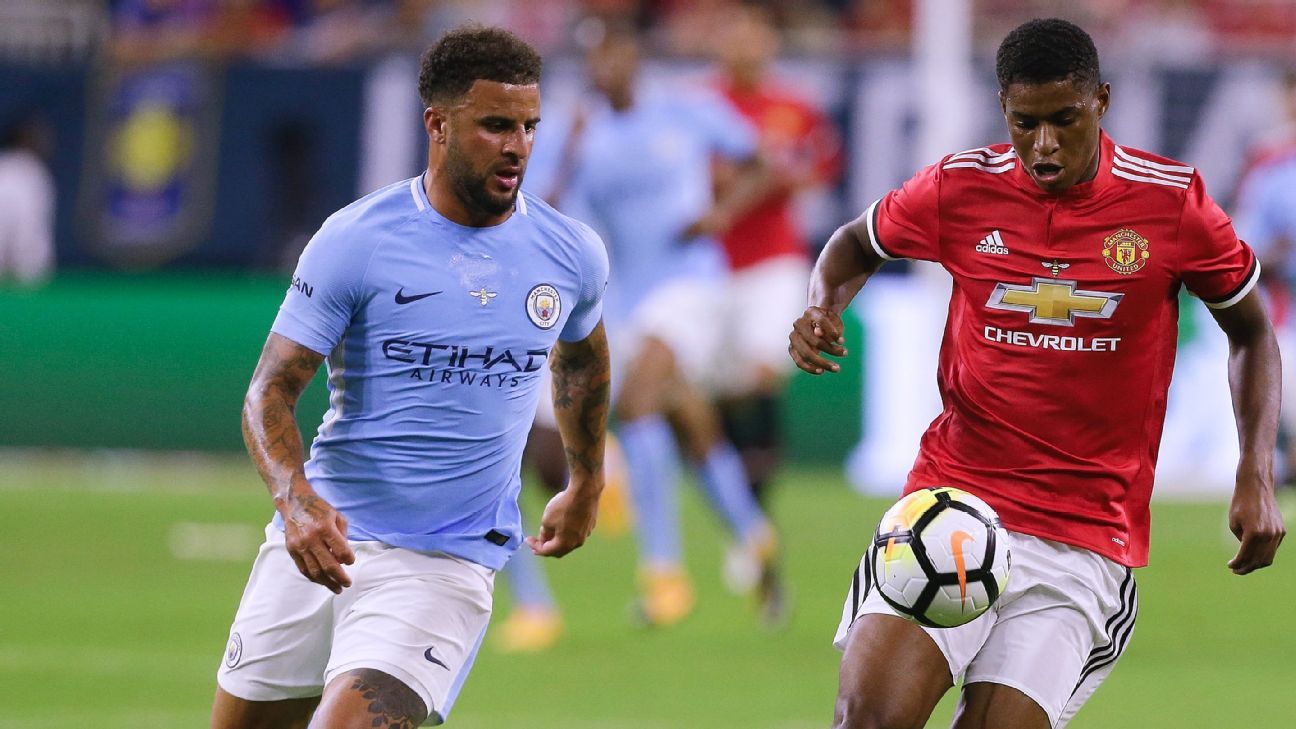 
Pep Guardiola now has plenty of options in Manchester City’s defence and there will be strong competition for places when they kick off the Premier League season next month.

Benjamin Mendy (age 23, £52 million): The France international learned the art of fast-paced wide play from Marcelo Bielsa at Marseille and took his game on further at Monaco, helping them to the Ligue 1 title and Champions League semifinal and became one of the most exciting young left-backs in Europe.

Kyle Walker (27, £50m): Guardiola wanted more English players in his squad, which is why he targeted the Tottenham Hotspur man, who has been one of the best right-backs in the Premier League in recent years; Walker made the PFA Team of the Year last season.

John Stones (23, £47.5m): A ball-playing, composed centre-back who could be a central figure for club and country for another decade. His rawness was exposed at times during his first season at City but Guardiola is convinced about his quality and said at one news conference last season that Stones had “more balls than everyone here.”

Eliaquim Mangala (26, £32m): He struggled in his first two seasons following his expensive move from Porto and there was little from a season-long loan spell at Valencia to suggest he has forced his way back to into Guardiola plans.

Nicolas Otamendi (29, £31.5m): Question marks remain over the his decision-making with rash challenges still too frequent but he started to forge a solid partnership with Vincent Kompany at the end of last season.

Danilo (26, £26.5m): His time at Real Madrid didn’t work out, but City hope to rediscover the player who shined previously at Porto and Santos and his ability to play on both the right and left is a major asset to Guardiola after he allowed four full-backs to leave.

Vincent Kompany (31, £8m): It has been nine years since the captain moved to the Etihad Stadium but he remains the most influential defender at the club. If he can steer clear of the injuries that have set him back in recent seasons, Kompany will play a major role in Guardiola’s transformation of his team.

Tosin Adarabioyo (19, free): The Manchester-born academy player is highly rated and signed a new contract in the summer but needs to show his potential when he gets an opportunity.

Jason Denayer (22, free): A Belgian international who has come through the Academy but he did not feature in City’s first preseason game against Manchester United, he is set for another loan spell after mixed stints away with Celtic, Galatasaray and Sunderland.

Guardiola has spent around £120 million on full-backs alone this summer but needs to bring in at least one more centre-back before the transfer window closes. It’s a huge investment but one that was needed to address a weak spot in the squad that, on occasions, was badly exposed last season.

City have backed their manager’s philosophy and given him the pace and energy he wanted in wide positions. It will make a big difference to the way his side attacks; City have explosive speed throughout the team with players like Leroy Sane, Raheem Sterling and Gabriel Jesus alongside the new full-backs and have the potential to tear sides apart on the counter-attack.

And defensively there will be extra quality. Walker showed in City’s preseason derby loss against Manchester United in Houston that he is able to supplement the attack and still have the energy levels to cover someone as fast as Marcus Rashford. Meanwhile, Mendy displayed the same ability during an impressive season at Monaco and Danilo will offer competition to both.

But despite a heavy outlay on full-backs, Guardiola wants to add at least one more central defender. Stones and Otamendi have to prove they are at the same level as some of the leading centre-backs in Europe while only time will end the questions over Kompany’s fitness.

City have spent heavily on the centre-back position in recent years in players and Guardiola needs his latest acquisitions to be a success. If they are, City could have a settled back-four and strong base from which they can challenge for silverware.