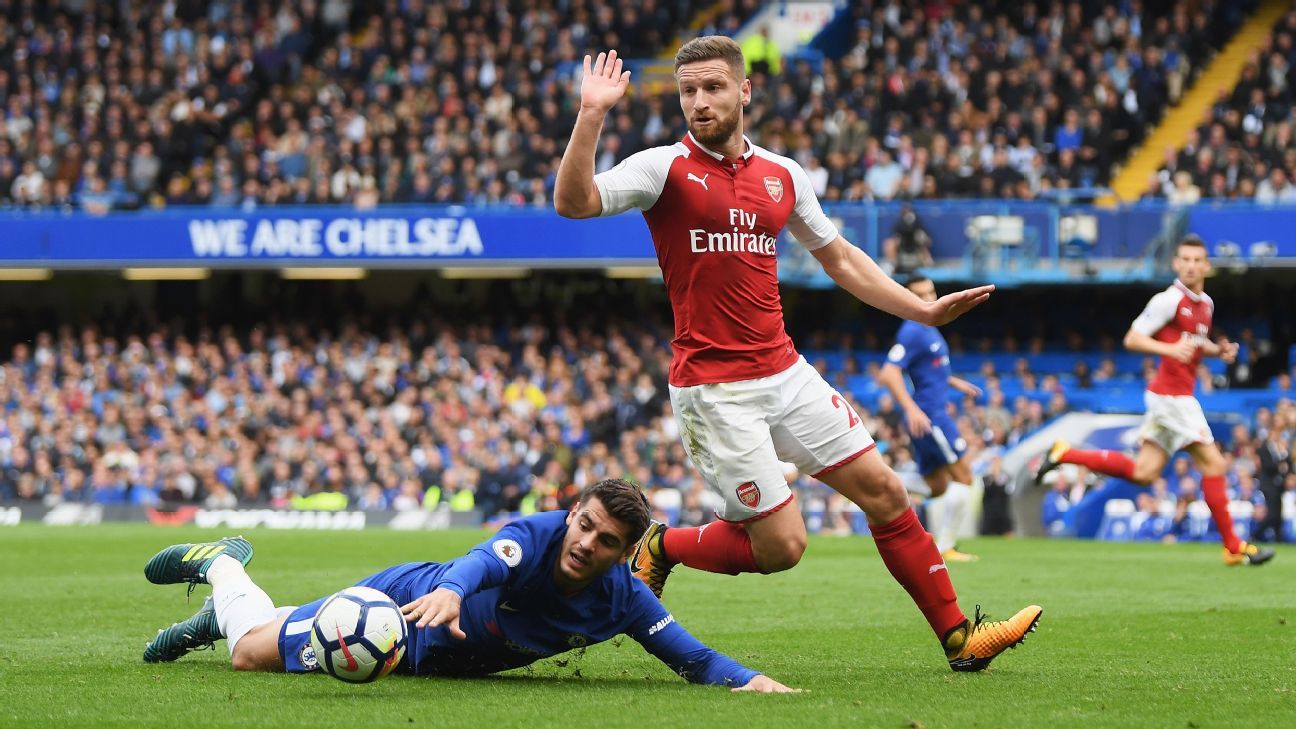 
Arsenal are set to be without Shkodran Mustafi for Saturday’s Premier League match against Watford as the defender’s thigh injury continues to be assessed, according to widespread reports on Tuesday.

Mustafi suffered the muscle problem while on international duty with Germany against Azerbaijan as the holders secured their place at the 2018 World Cup on the back of 10 straight qualifying wins in Group C.

Coach Joachim Low said the defender had suffered a severe muscle injury that “will probably force him to have an extended layoff.”

While Mustafi will be absent at Vicarage Road, the full extent of the injury is still being assessed.

Nacho Monreal is expected to be available, but Laurent Koscielny has been nursing a troublesome Achilles which flared up before the international break, while Calum Chambers is recovering from a groin problem.

Rob Holding, who played against Brighton alongside Koscielny, and veteran German Per Mertesacker are other options to come in for Mustafi.

Arsenal, though, could be boosted by the return of playmaker Mesut Ozil from a knee injury and also England forward Danny Welbeck, who has now resumed full training after a groin problem sustained during the goalless draw at Chelsea on Sept. 17.

Following two defeats from their opening three Premier League matches, Arsenal are unbeaten through seven outings in all competitions, with four successive victories.