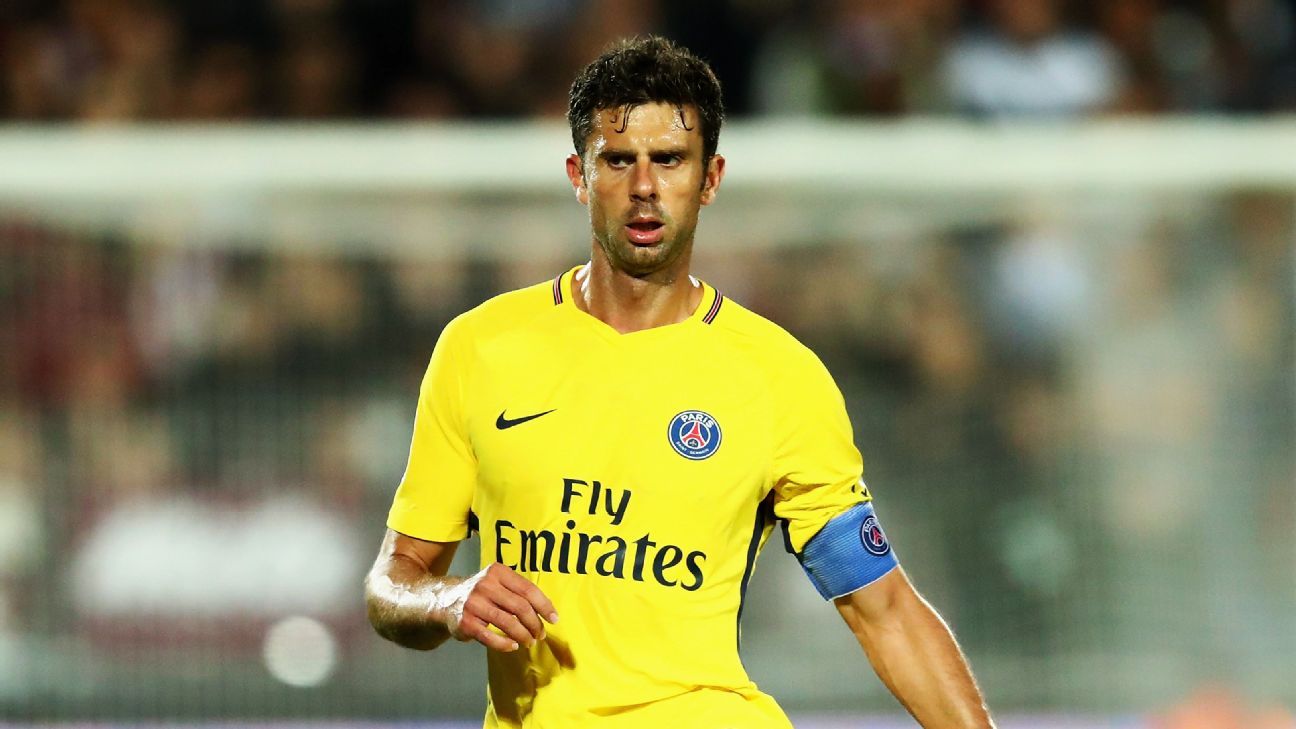 
PARIS — Paris Saint-Germain will be without Javier Pastore and Thiago Motta in addition to Neymar when they take on Nice at Allianz Riviera on Sunday.

In an effort to capture the attention of the Asian market, Ligue 1 is hosting a 1 p.m. local start for the first time.

However, the idea took a big hit when PSG lost Neymar to a broken foot that required surgery, and he is rehabilitating the injury in his native Brazil.

On top of Neymar’s absence, PSG are without Pastore and Motta in the 18-man squad and a few youngsters have also been left at home.

Pastore, who has struggled to stay free of injury all season, has stayed in Paris to train as he battles with persistent calf issues, and Motta is suspended after a straight red card in Wednesday’s 2-1 win over Angers at Parc des Princes.

Kylian Mbappe, Edinson Cavani and Marco Verratti are all present as Emery has gone for as strong a squad as possible.

Timothy Weah, the 18-year-old American, has been left out completely after being in the squad for the past three games.

He was brought on as a substitute in the wins against Troyes and Metz and is widely expected to be named in the United States’ senior squad for a friendly against Paraguay later this month.

Even though Weah did not make the cut, Emery insisted Friday that he and other youth products are important to the future.

“PSG’s project includes young players, and those that emerge from the club’s youth academy,” Emery said at a news conference. “They are working hard and we want to give them their chance.

“Timothy, Yacine [Adli] and Stanley [Nsoki], for example, all train with us. The youngsters have the opportunity to train regularly with us, but also to play.”

Although Weah has missed the cut, Christopher Nkunku keeps his place after scoring three goals in his last three appearances.

Sebastien Cibois has also been left out, while Hatem Ben Arfa’s season-long exclusion from the squad continues.