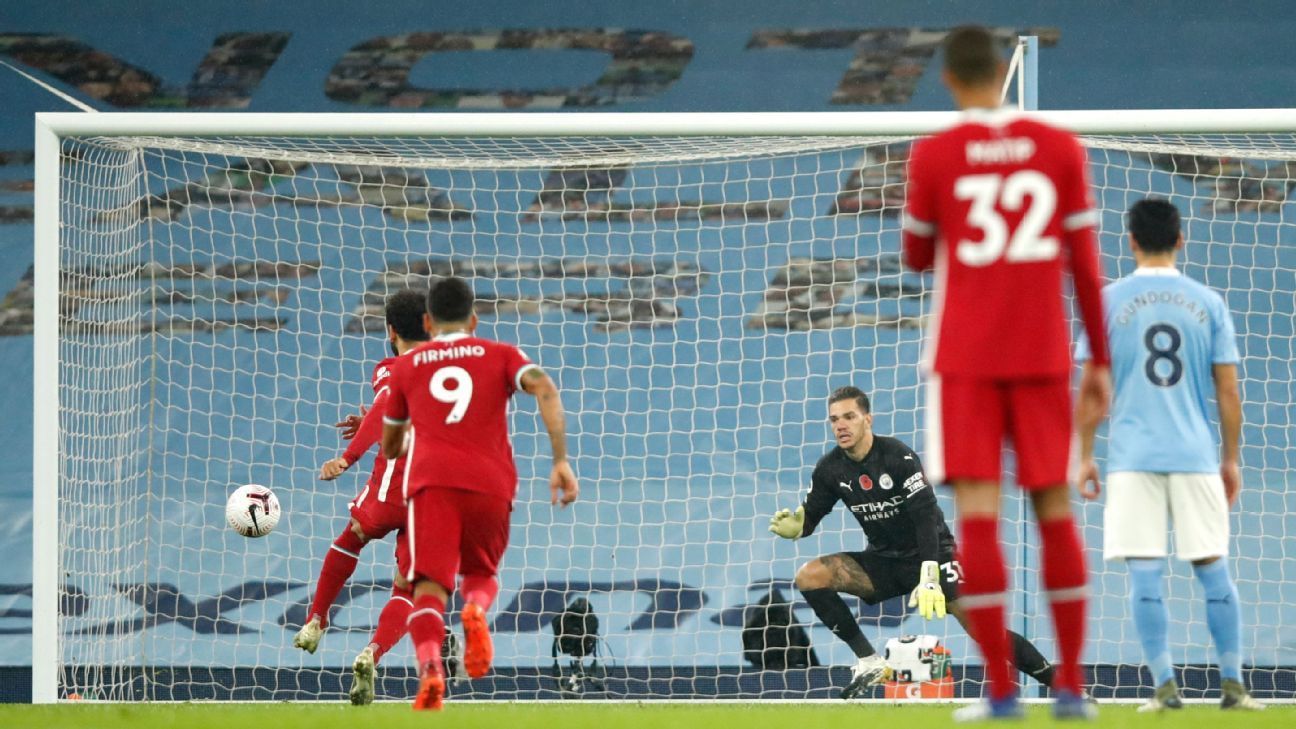 Manchester City goalkeeper Ederson has said he is the best penalty taker at the club but never gets chosen to step up and take a spot kick.

City have had problems scoring from the spot and with the usually reliable Kevin De Bruyne missing in the 1-1 draw with Liverpool earlier this month.

Ederson is known for his ability with the ball at his feet but said manager Pep Guardiola has never asked him to take on penalty duties.

“I don’t practice free kicks but I practice penalties,” Ederson said at a news conference on Monday ahead of City’s Champions League clash with Porto on Tuesday.

“I played for Rio [Ave], I took some free kicks. That is in the past and we have some very good free kick takers. Penalties, I am the best penalty taker but I am not chosen to take them.”

Meanwhile, Ederson has called for the introduction of concussion substitutes in football following the clash of heads between Wolves‘ Raul Jimenez and Arsenal‘s David Luiz which left the former with a fractured skull.

Jimenez was immediately taken to hospital after the incident but Luiz was allowed to play on until half-time despite bleeding from a head injury.

Ederson, who suffered a facial injury in a clash with Liverpool striker Sadio Mane in 2017, said it is time to put player welfare first.

“I was very worried. I was watching the game,” he added.

“I have played with Raul Jimenez at Benfica. All the concern and care is very important.

“It is a part of the body that is very fragile and needs special attention.

“When there is a blow to the head there should be a substitution whether or not the player can continue.

“You might be feeling OK at the time but after the game you feel the consequences.

“It wasn’t an intentional blow, they went to compete for the ball but we know the risks of a head injury. I hope he returns quickly and is back as soon as possible.”

City are likely to be without Sergio Aguero for Tuesday’s Champions League game after he sat out training on Monday with a knee problem.