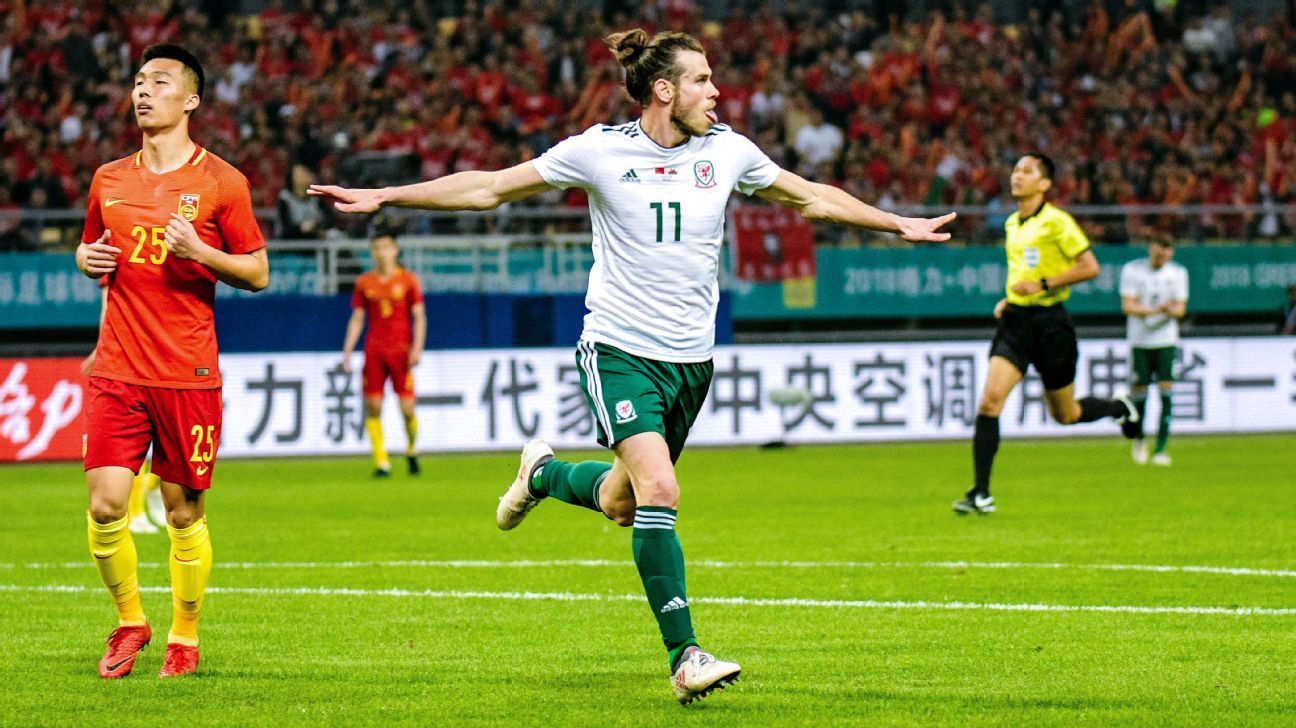 Bale surpassed Rush’s tally of 28 goals for Wales when he scored a hat trick in Thursday’s’ 6-0 win over China as part of the China Cup, a four-team friendly tournament.

Bale completed a 7,500-mile trip from Madrid to join up with international teammates, with Rush believing the 28-year-old is reaping the rewards for his levels of commitment.

“It’s not mixed feelings. I’m very happy for him,” Rush told ESPN FC while speaking to promote Liverpool Legends’ charity match with Bayern Munich on Saturday. “Records are there to be broken. It’s always nice to have records and that, but when someone as special as him breaks it, it’s something special.

“What I like about Gareth Bale is that he travelled 7,500 miles to play for Wales. Not many people do that. I think he got what he deserves.

“He’ll go down as most probably one of the all-time great Welsh players. Hopefully, there’s many, many more goals to come from him because I think he can get even better.”

Thursday’s victory was Ryan Giggs’ first game as Wales manager following his appointment in January, and Liverpool’s Harry Wilson, currently on loan at Hull City, also got on the scoresheet for the first time at international level.

Wales will play either Czech Republic or Uruguay in the final of the China Cup on Monday.

“It’s a great start for Ryan,” Rush said. “I think these days you’ve got to start off running. If he’d have lost the game, there’d be so many negatives about it.

“But we won the game and it’s a great start for Ryan, Gareth Bale breaks the record, Harry Wilson scores his first goal for Wales — they’re all the positives from all that.

“They’ll take that into the game on Monday — whether they play Czech Republic or Uruguay — and hopefully they can carry that on.”