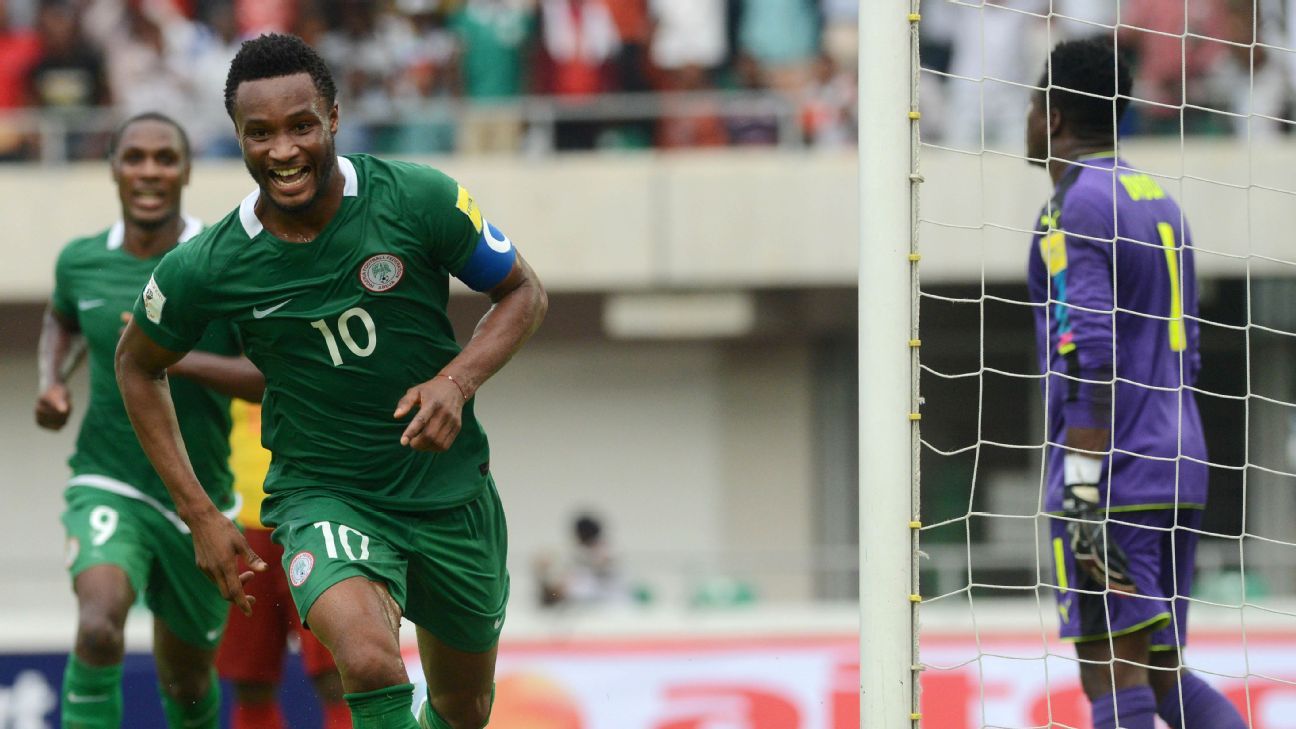 Nigeria’s young Super Eagles are ‘hungry’ to be at the 2018 FIFA World Cup, and want to make amends for a poor 2014 performance, according to captain John Mikel Obi.

The Super Eagles are in pole position to book a ticket to Russia as they lead Group B on 10 points, three ahead of second-placed Zambia who they face next month in Uyo. Mikel says that though this is a young team, they are hungry to qualify.

“We have a very good team here, a very very young team. I think this is the youngest team we’ve had since I’ve been here,” the 30-year-old answered KweséESPN.

“I started very young and I think I was the only young player when I started playing with the likes of (Nwankwo) Kanu, (Joseph) Yobo and Jay-Jay (Okocha).

“These players were coming to the end of their careers when I joined. Now there are so many young players and they are hungry to play, to be in the World Cup.

“I think if we manage to get there it will be the first World Cup for 90 percent of the team.”

Mikel, who missed the 2010 World Cup in South Africa with injury, says he is also itching to return, for a good reason.

“I’m still hungry and I want to be there, too. I want to lead the team.

“I think the World Cup we had last time wasn’t the best and I think we owe Nigerians a better World Cup if we manage to get to Russia. And that’s exactly what we want to do.”

In comparison to the teams he played with in the past, Mikel says the current squad are a ball playing team who just want to play.

“This team is a good team. We know how to play. We want to play football and if we manage to get there, we will play the same way and hopefully we can have a better World Cup.”

To get there, the Super Eagles first have to get past Zambia, and then Algeria in the final two matches of the qualification series.