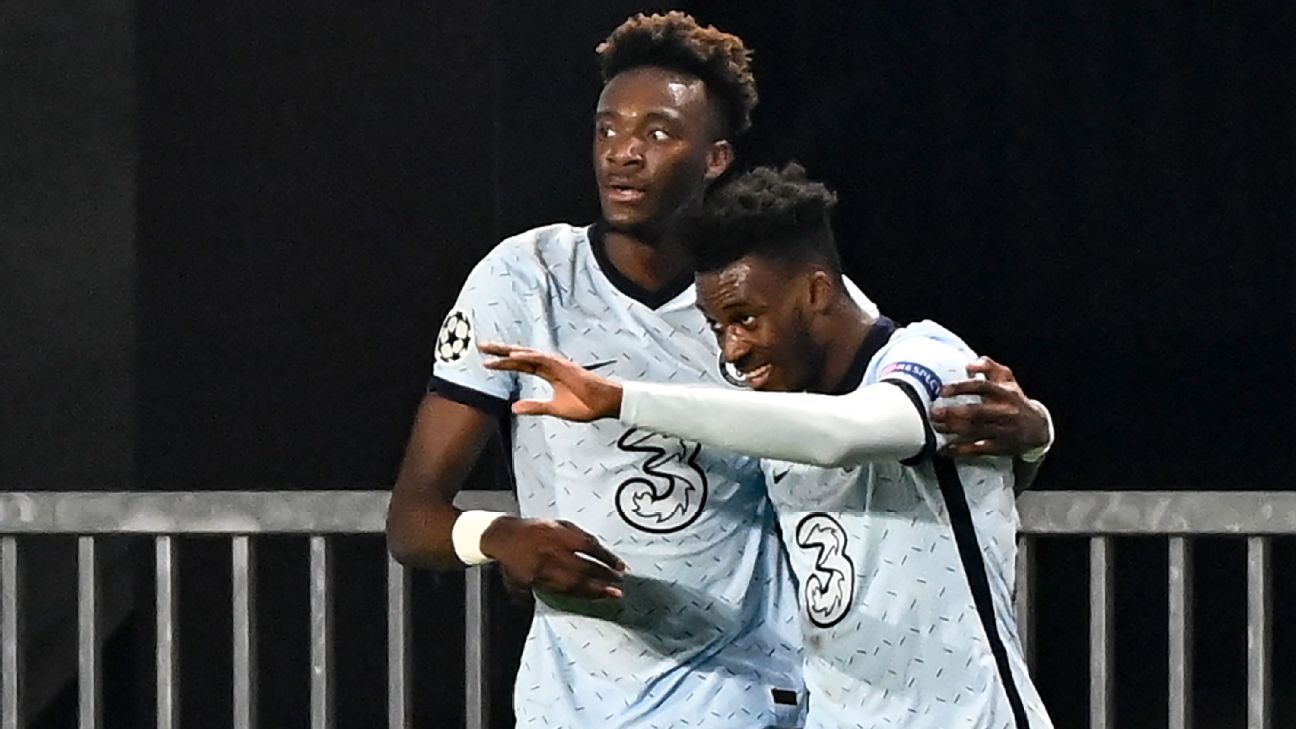 
Chelsea came into their Champions League group-stage match against Stade Rennes on Tuesday with the carrot of securing their place in the knockout stages, and they managed to grab it an the end.

Callum Hudson-Odoi scored a lovely goal in the 22nd minute, having been played through by a brilliant Mason Mount pass. And the Blues were in control for most of the game, but Serhou Guirassy seemingly snatched a share of the spoils for the hosts when he scored from a corner in the j8th minute. However, Olivier Giroud scored an unlikely winner in the first minute of stoppage time to secure Chelsea a 2-1 victory and a place in the next round.

Chelsea had large periods where they were able to maintain possession while also getting into the Rennes half. Not only did this prevent the Ligue 1 side from creating their own chances, but the Blues made opportunities of theirs. They looked strong defensively for the majority of the night and showed great character to score a late winner after conceding.

There were some great chances that Chelsea wasted, and they could have been punished for that if Rennes had more of a cutting edge. Frank Lampard likely will be frustrated by the fact that the home side were allowed to get a foothold in the game.

8 — Lampard’s decision to bring on Giroud paid dividends, as the France World Cup winner was able to score the goal that got Chelsea through to the knockout stages. The manager also managed to rotate his team well while also picking up the victory.

GK Edouard Mendy, 7 — Made solid saves to deny both of Rennes’ centre-backs, but was eventually beaten by Guirassy.

DF Cesar Azpilicueta, 8 — Stood very strong defensively, with James Lea Siliki struggling to give the captain any problems at all.

DF Kurt Zouma, 7 — Looked dominant in his play, especially when the ball was in the air.

DF Thiago Silva, 7 — Was comfortable for the majority of the match, covering his teammates well. Couldn’t get ahead of Guirassy to prevent the Rennes striker from equalising.

DF Ben Chilwell, 6 — Looked good for a lot of the game but had a mad few minutes, in which he got away with a terrible pass to Guirassy.

MF Jorginho, 6 — The midfielder kept the ball ticking along nicely and also put in some very good defensive work.

MF Mateo Kovacic, 6 — A lot of his play looked sloppy in the first half, but looked much better in the second before being taken off.

MF Callum Hudson-Odoi, 8 — Looked very bright throughout and got a well-taken goal to open the scoring.

MF Timo Werner, 5 — Missed an absolute sitter early on and looked sloppy at times. Got the ball in the net but the goal was ruled out for offside.

FW Tammy Abraham, 8 — Didn’t get many chances in front of goal but his hold-up play was superb. Also defended brilliantly at set pieces.

MF N’Golo Kante, 6 — Replaced Mount in the 68th minute and filled in well in the midfield.

FW Olivier Giroud, 7 — Replaced Abraham a minute later and made a nuisance of himself up front before going on to score the winner.

MF Hakim Ziyech, N/R — Came on for Hudson-Odoi in the 75th minute and got some good touches on the ball.

MF Kai Havertz, N/R — Took the place of Kovacic in the 76th minute and showed his usual composure on the ball.

MF Reece James, N/R — Shored things up in replacing Werner in the 92nd minute, helping to see the game out.