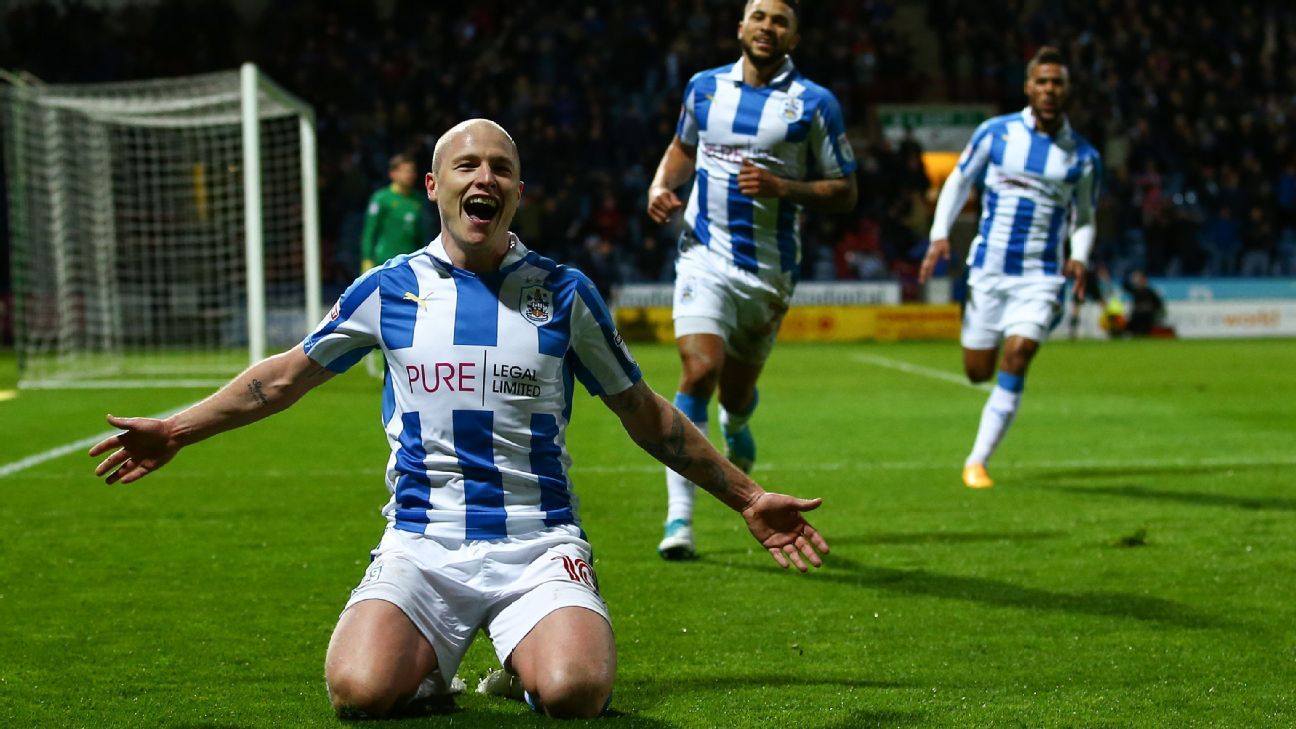 
Australia’s latest sensation, Aaron Mooy, says he has no idea what his club future holds.

Mooy is in demand after a stellar season for English Championship outfit Huddersfield Town while on loan from Premier League giants Manchester City.

While rumours abound of other EPL sides preparing to bid for the 26-year-old, Mooy is uncertain about his future.

“I have no idea,” Mooy told reporters on Monday.

“It’s a little bit exciting. But you want to know what you’re doing, of course, you don’t want to wait … until the last minute.”

Mooy is in camp with the Australian squad ahead of Thursday’s World Cup qualifier against Saudi Arabia in Adelaide.

“[I am] definitely still happy and I can’t believe it sometimes. But I’m slowly coming down to reality,” he said.

Mooy’s loan stint has ended but he is uncertain whether City will recall him or look for a transfer.

“It’s not in my control,” he said. “It doesn’t really matter what I want to do … whatever happens I will just get on with it.”

Mooy said his focus was squarely on the Socceroos’ vital qualifier against the Saudis.

The Australians are three points shy of the Saudis and group leaders Japan with three group games remaining — the top two earn direct qualification to next year’s World Cup while the third-placed nation is forced into playoffs.

And he brushed off praise from Socceroos coach Ange Postecoglou, who last week described Mooy as the new benchmark for Australian footballers.

“But yeah, I feel proud that I have had a good season, that we got promoted, that no one expected it at the start.

“People were questioning why I went to Huddersfield at the start of the season but like he [Postecoglou] said, it doesn’t matter where you go, if it’s in a decent league and you play well you create more attention for yourself.”

Mooy wasn’t surprised by his successful transition from Melbourne City in the A-League to the English Championship, believing past stints in England and Scotland from 2009 to 2012 helped steel him.

“You never know how it’s going to work out,” he said.

“I thought I was ready for the next challenge when I left Melbourne, maybe I was a bit more mature and a bit older.

“And I had an understanding of how it works over there as well having been there previously. I wasn’t surprised. I always believed in myself.”