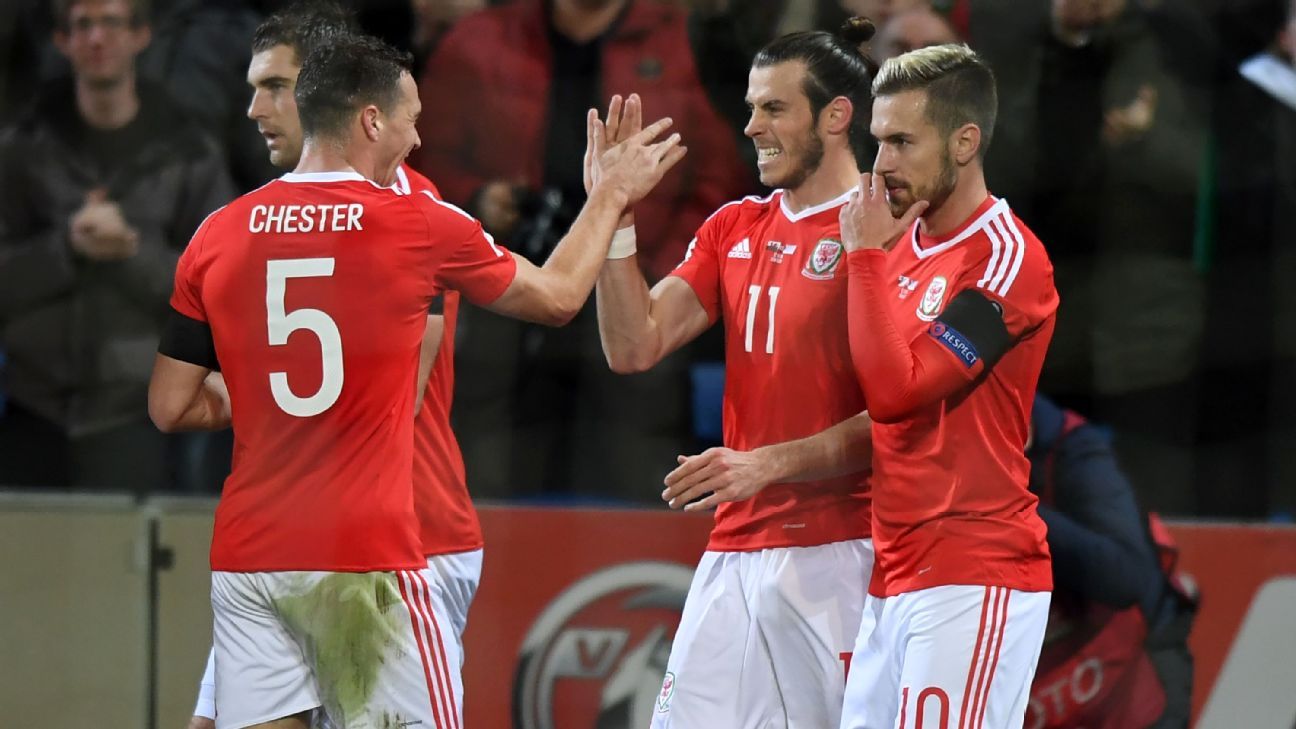 
By the time the World Cup comes around in 2018 it will be 60 years since Wales’ one and only appearance at the finals, when they reached the quarterfinals before going out to eventual-champions Brazil.

But a lot has changed in the past few years, from being as low as 117th in the FIFA World Ranking — an all-time low — as recently as 2011 to reaching the semifinals of Euro 2016 in their first-ever participation at the European Championship.

Chris Coleman’s men were ranked as high as eighth two years ago, and currently sit 13th in the ranking. And they are well placed to be one of the top seeds at the World Cup in Russia.

The top seven nations (who qualify for the finals) in the October FIFA Ranking will be those seeds, along with Russia.

But how can this be achieved by Wales in the Dec. 1 group-stage draw?

Wales can only get enough ranking points to be in contention if they beat Republic of Ireland. That will give them 1,249 ranking points. They are almost certainly going to have to win that game to make the playoffs as one of the best runners-up (if Serbia are group winners) regardless of their chances of being seeded.

2. Hope other results go their way

Winning that game alone won’t automatically guarantee Wales a place in the top seven of next month’s FIFA Ranking. Germany, Brazil, Portugal, Argentina, Belgium, Poland and Switzerland have it within their own control if they win their matches.

Guaranteed to be seeded (if they qualify) are: Russia (as hosts), Germany and Brazil (already qualified), Portugal and Argentina.

This leaves at least three places open, with Wales guaranteed to be no lower than 10th in the October ranking. They will need three of the following to happen to be in the top seven, which is not beyond the realms of possibility:

Chile have to go to Brazil, and Switzerland to Portugal. And remember, one of the Swiss or the Portuguese will go into the playoffs, as will one of the South American nations (if they are not eliminated). So even if Wales are outside the top seven of the ranking, they could still be seeded once the final 32 is known.

3. Actually qualify for the World Cup

This might seem obvious, but if Wales do beat Ireland it is likely they will still finish second in the group to Serbia. That would send them to the playoffs, but they must win that two-legged game in November to seal their place and take what could be a berth among the seeds.