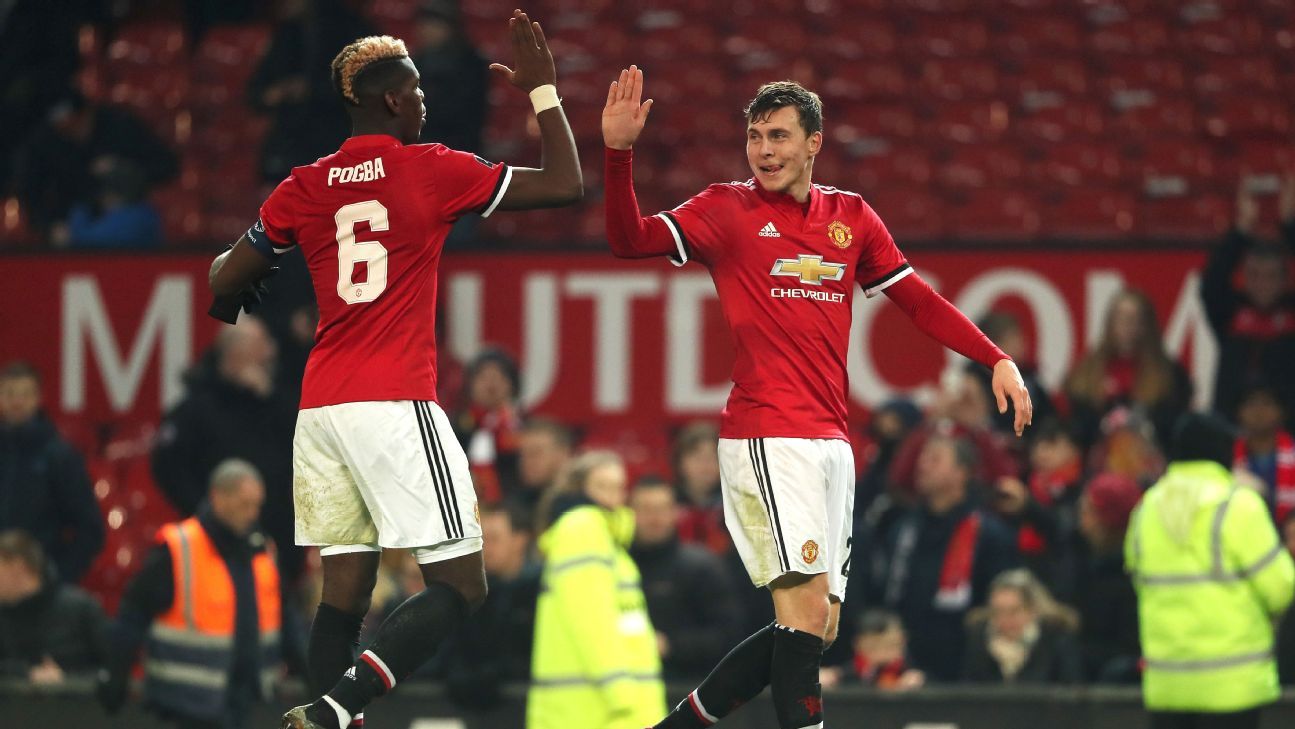 
MANCHESTER — Before breaking into the Vasteras team as a teenager, Victor Lindelof had his head shaved. It was the idea of Robin Blomme — the injured right-back Lindelof was set to replace — because he thought it would make the 16-year-old look tougher.

Blomme did the honours in the dressing room after training one day. No one was sure whether Lindelof was ready for senior football in Sweden’s Division One North (the third tier of the league pyramid) but at least he would look the part.

“He wasn’t a clear star but he found a way to get into the team,” Kalle Granath, the Vasteras manager at the time, tells ESPN FC.

It is a theme that has followed Lindelof from playing in front of 1,500 supporters in the small Swedish city where he grew up, to Lisbon and now Manchester United. After question marks following his £31 million move to Old Trafford and speculation about new defenders arriving in the summer, Lindelof is quietly establishing himself under Jose Mourinho.

Yet it was a shock to the Vasteras staff when Benfica officials got in touch to ask about Lindelof in 2011. In Portugal, the Swede had to wait his turn, first in the youth team and then the second team. It wasn’t until the second half of the 2015-16 season that the young defender was given a run of games in Benfica’s senior side. But, by the summer of 2017, he had done enough to earn a move to Manchester United.

“I don’t think you can ever know that a kid is destined to play for Manchester United or a top team in the world because things happen along the way,” says Granath. “He has this ability to always come in prepared and give it his best.”

Despite helping Vasteras win promotion in 2010, Lindelof was overlooked by Sweden’s biggest clubs when they were actively looking for reinforcements.

“Everyone thought some of the lower teams in Sweden would be interested in Victor so it was a bit of a shock when Benfica came in,” says Granath. “Everyone was saying ‘wow, really?”

Lindelof first appeared on United’s radar after being named in the Team of the Tournament at the 2015 Under-21 European Championship. He helped Sweden lift the trophy in the Czech Republic but had only got into the squad as a reserve and was forced to fight for his place.

The defender was on the bench for the first group game against Italy but two weeks later he was scoring the decisive penalty in the final to help the unfancied Swedes win the tournament at the expense of a Portugal side which included William Carvalho and Bernardo Silva.

“During that tournament, he got into the team and had a solid tournament,” says Granath. “The story repeats itself. He has something. He doesn’t give up. He has a way of tackling the challenges that are put in front of him. How he does that? I wish I knew. That’s his best quality.”

There have been plenty of challenges for Lindelof at Old Trafford. It took more than two months to get his first taste of the Premier League as a last minute substitute in a 0-0 draw at Anfield and then came a personal disaster at Huddersfield. Brought on for the injured Phil Jones in the first half, Lindelof was culpable for the hosts’ second goal as United were beaten 2-1.

Fast forward a year and Lindelof is now Mourinho’s first choice centre-back. A week that saw him handed starts against Juventus and Manchester City ended with him named Sweden’s Player of Year — a title usually reserved for Zlatan Ibrahimovic.

It was noteworthy at the Etihad Stadium, albeit on a disappointing afternoon for the red half of Manchester, that Lindelof felt confident enough to berate far more senior players for their mistakes. And that has not gone unnoticed by Mourinho.

Sources have told ESPN that the United manager was not immediately sold on the idea of signing Lindelof. He had reservations about a young player coming from the Portuguese league, but has admitted privately since then that he has been impressed with the 24-year-old’s intelligence — specifically his ability to learn new things quickly.

Mourinho values hard work on the training pitch and, according to those close to the coaching staff, Lindelof has delivered.

The United manager now considers him the defender most equipped to pass the ball — indeed, of the outfield players who have made more than 10 league appearances this season, Lindelof’s pass completion rate is the best. And only David De Gea, Luke Shaw, Paul Pogba and Chris Smalling have played more Premier League minutes this season.

“Manchester United knew very well his history and his background and they knew he had proved himself over and over and over,” says Granath. “I am surprised [he is where he is] but I should know better than to be surprised. He has done it before. It wasn’t the perfect start at Manchester United but here he is. It’s a fantastic achievement.

“He is playing more, which is a good sign. He was never the most talented. He is still improving. He has established himself as a starter at Manchester United and in the Swedish national team. He won the award for the best footballer in Sweden this year. He is only 24. He will get better.”