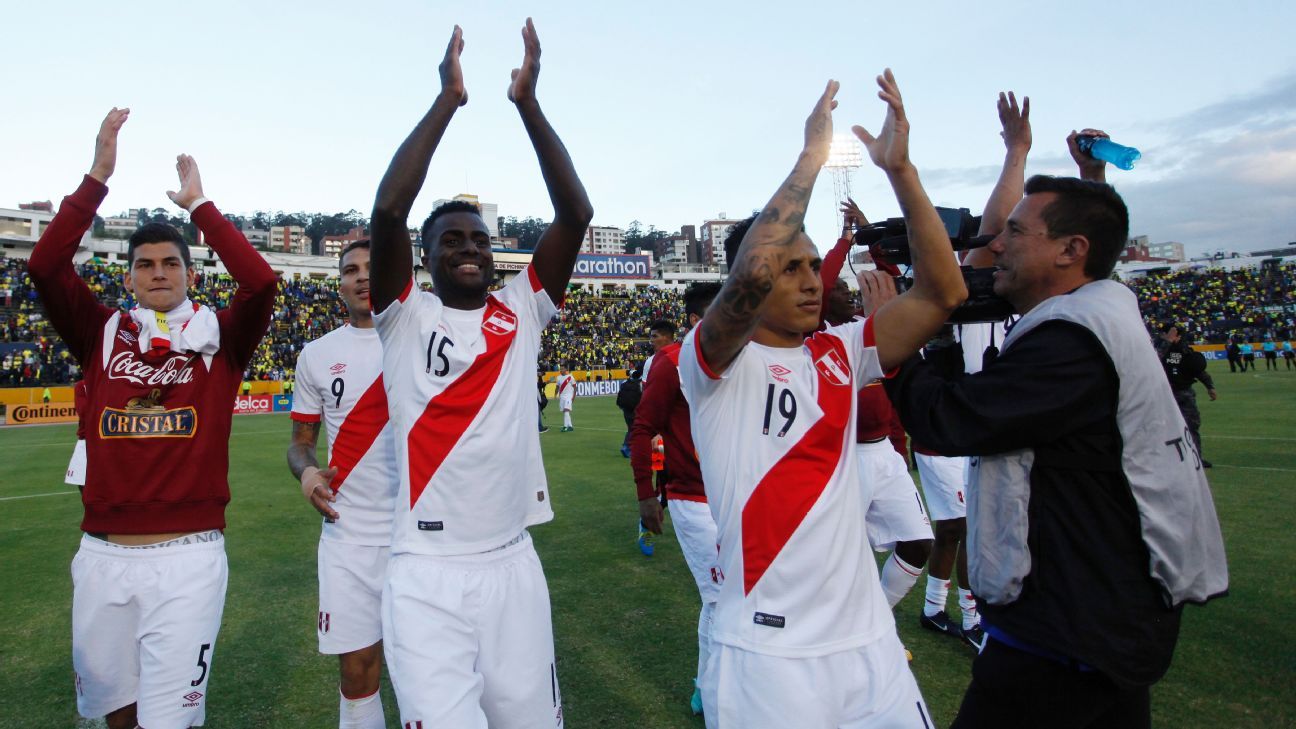 
What a comeback it’s been from Peru. They lost their first two World Cup qualifiers to Colombia and Chile two years ago, and after six games they’d won just one match and lost four.

The turnaround came almost by accident, when a 2-0 defeat away to Bolivia in round seven was overturned after the home side fielded an ineligible player — Peru were thus awarded a 3-0 victory.

In the 10 qualifiers since, Peru have won five, drawn three and lost two to put themselves fifth in the group and in a great position to qualify for the World Cup for the first time since 1982, for what would be the fifth time.

Those results have seen them climb up the FIFA World Ranking to a record high of 12th, and with the top seven in October’s FIFA Ranking joining Russia as top seeds for the finals Peru have a chance of making it.

So how can this be achieved by Peru for the Dec. 1 group-stage draw?

If Peru can win at home to Colombia they will qualify for the World Cup, and that will give them 1,255 ranking points and guarantee that they can be no lower than ninth in the October FIFA World Ranking — so they will still need a bit of help.

Ninth place would not be enough for Peru to be seeded at the World Cup finals, so they are going to need two of the other teams to slip up.

Guaranteed to be seeded (if they qualify) are: Russia (as hosts), Germany, Poland and Brazil (already qualified), Portugal and Argentina.

This leaves at least two places open, so they will need two of the following to happen to be in the top seven:

Chile have to go to Brazil, and Switzerland to Portugal. And remember, one of the Swiss or the Portuguese will go into the playoffs, as could one of the other South American nations (if they are not eliminated). So even if Peru are outside the top seven of the October ranking, they could still be seeded once the final 32 is known.