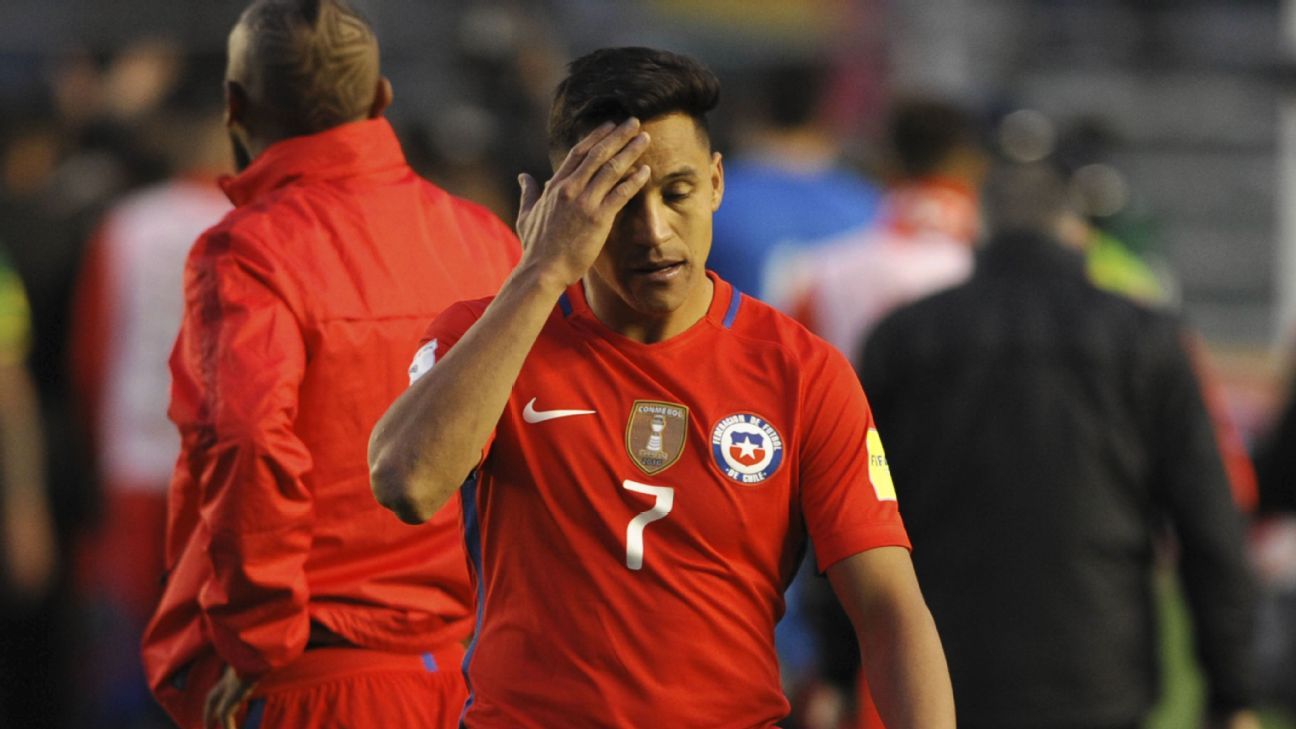 
Chile have had a great few years, winning back-to-back Copa America titles. But a poor run of form, which has seen them win only four of 13 competitive fixtures in the last 12 months, means they are now only outsiders to be seeded for the 2018 World Cup finals draw on Dec. 1.

But how can this be achieved by Chile in the Dec. 1 group-stage draw?

Chile can only realistically get enough ranking points to be in contention if they win both their remaining qualifiers — but they are at home to Ecuador and away to Brazil. That will give them 1,256 ranking points, and mean they can be no lower than 10th in the October ranking — so they will still need a bit of help.

2. Get a bit of help from elsewhere

Tenth place would not be enough for Chile to be seeded at the World Cup finals, so they are going to need at least three results to go their way.

Guaranteed to be seeded (if they qualify) are: Russia (as hosts), Germany, Brazil (already qualified), Portugal (unless they lose to Andorra) and Argentina.

This leaves at least three places open, with Chile guaranteed to be no lower than tenth in the October ranking with two wins they will most likely need three of the following to happen to be in the top seven:

With Colombia and Peru playing against each other, one is guaranteed to happen. Plus, Switzerland go to Portugal. And remember, one of the Swiss or the Portuguese will go into the playoffs, as will one of the South American nations (if they are not eliminated). So even if Chile are outside the top seven of the ranking, they could still be seeded once the final 32 is known.

3. Actually qualify for the World Cup

We must remember, of course, that Chile are currently sixth in South American qualifying and even with two victories that might not be enough for anything other than a place in the intercontinental playoff against New Zealand.

4. What about if Chile draw a game?

A draw in Brazil would leave them on 1,201 ranking points so would not completely rule them out, but it would mean they could even miss out on the playoff place. It’s very unlikely they would have enough points to be a World Cup seed.