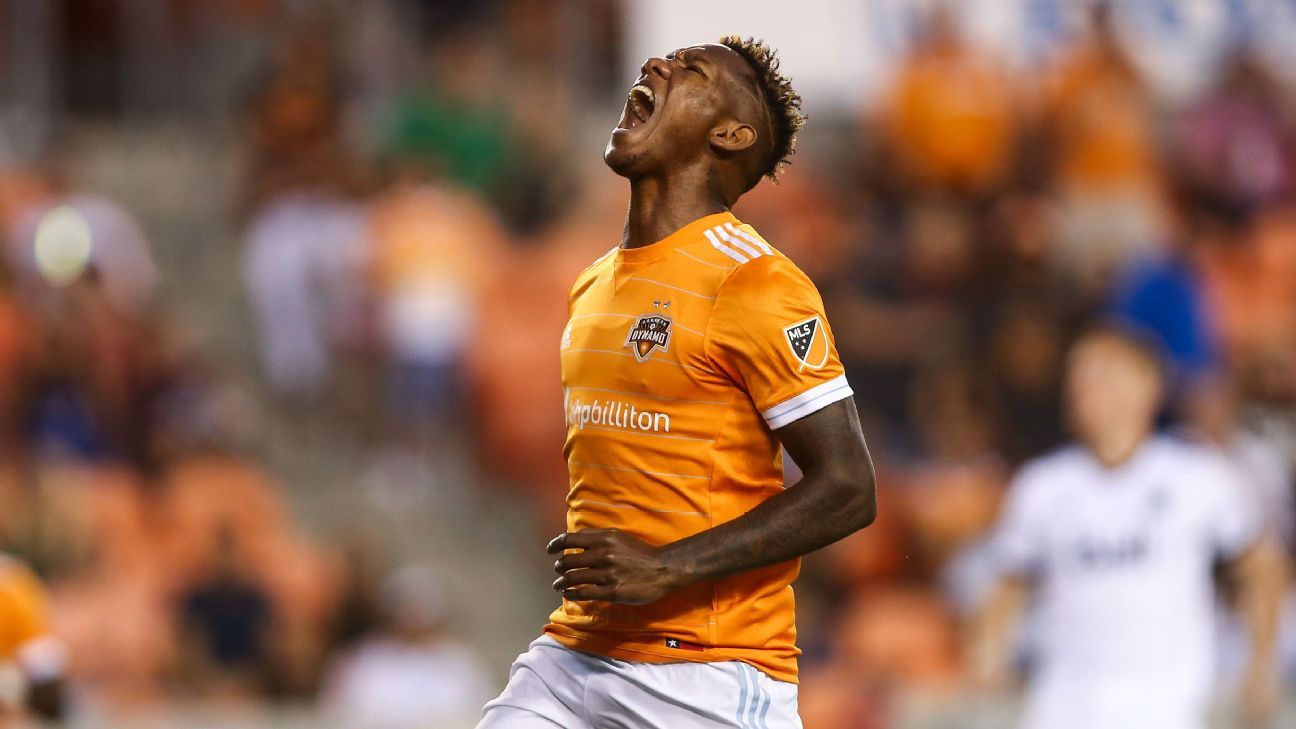 
The total flying time from Sydney to Houston is a little more than 19 hours, giving travelers ample time to spend with their thoughts.

Following Honduras’ 3-1 defeat at Australia on Nov. 15 in their intercontinental playoff for a berth in the 2018 World Cup, it was undoubtedly a long, pensive flight for the Houston Dynamo’s Honduran trio of Alberth Elis, Romell Quioto and Boniek Garcia. The three had to quickly shake off the deflating feeling of not going to Russia next summer and turn their attention to their MLS Western Conference final series against the Seattle Sounders.

Six days later, it was disappointment all over again, as the 10-men Dynamo got thumped 2-0 by the Sounders in the first leg on Tuesday night in Houston, capping a forgettable week for the three Catrachos.

Of the three, Elis was the only to start. After waging a fierce battle against the Socceroos’ defense in Sydney in his lone action during the playoff (he was suspended for the first leg), the Monterrey loanee went the distance against the Sounders.

Elis lacked sharpness in attack. He should have done much better with a first-minute header when left unmarked in the Seattle box on a corner kick, and then had difficulty keeping his footing when in possession down the right.

There could have been more commitment in defense as well. Looking back at the second Seattle goal scored by Will Bruin, Joevin Jones was afforded all the time and space he desired to serve up the cross from the left. Elis was in Jones’ vicinity but did not pressure the Sounders’ left winger.

However, even while playing a man down, Houston still posed a threat thanks to Elis’ tireless running in the second half. The first 15 minutes of the second stanza were the Dynamo’s best of the match and the result of coach Wilmer Cabrera’s adjustment during the break by shifting Elis away from Seattle left-back Nouhou and more toward center-backs Chad Marshall and Roman Torres.

“I said to Alberth, ‘Alberth, play more free and let’s not try challenging with him, because that’s what they want. They want you isolated over there,'” said Cabrera after the match. “So that’s why I tried to bring Alberth a little bit more free in the middle to go in at the central backs because the central backs are very good, but they’re slow. In the second half [Elis and Mauro Manotas] were more central, they were more free, they had more freedom and we created some good momentum, some options. [The Seattle center-backs] were talking and yelling at each other because we were dangerous when we had the ball.”

But Cabrera will not have Elis’ 10 regular-season goals and four assists available in the return leg. La Pantera‘s first-half yellow card means that the 21-year-old is suspended. This paves the way for the second member of the Honduran trio: Quioto.

A few eyebrows were raised when Cabrera’s teamsheet came out and Quioto’s name was on the substitutes’ list. It wasn’t until the 72nd minute that the speedy attacker got on the field with Houston in desperate search of a goal. Quioto did not get much in the way of chances, but he did lure Torres into a foul that drew a yellow card, resulting in a suspension for the Panamanian.

The agile and speedy Quioto, who played all but 15 minutes against the Aussies, will have to summon up his best in the return leg with Elis suspended. With seven goals and three assists during the season in 22 games, he was not as prolific as Elis, but his experience of winning three Liga Nacional titles in his homeland with Olimpia will serve him well in Seattle.

For Garcia, this could mark the end of his Dynamo career. At age 33, the midfielder did not feature in either leg against Australia and did not even make Cabrera’s gameday roster on Tuesday.

Through all the change in Houston in the past several years before this year’s steadying of the ship, Garcia has been the mainstay. He is a respected veteran presence and can still produce off the bench. He’d be an inspirational choice in the second leg in what might be his last game in orange.

If there was anything learned from Honduras during the recently concluded CONCACAF Hexagonal, it is that they never surrender. Led by Quioto and Garcia, Houston will need to embody that Catracho spirit to have a chance.

Ronaldo to miss Messi showdown, out of Juventus vs. Barcelona
Fabinho injury ‘exactly the last thing we needed’
Spurs’ dynamic duo of Son, Kane give Mourinho an old-school style
Solskjaer progressing at Man United after almost 100 games, but there’s no clear plan forward
Lampard on Maguire no-call – Holding is allowed not headlocks