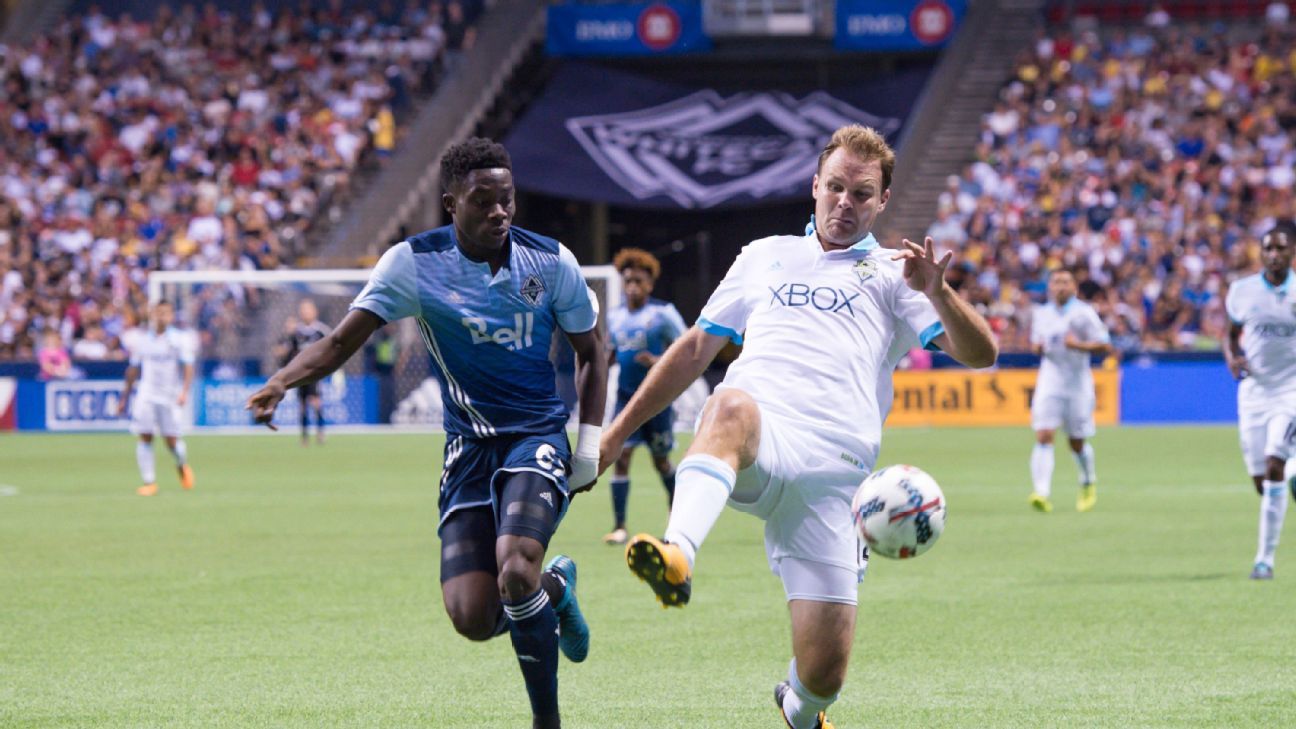 
Two teams from Cascadia will battle it out for a spot in the Western Conference final. Here is how the Seattle Sounders and Vancouver Whitecaps shape up heading into their conference semifinal.

In last year’s postseason Nicolas Lodeiro stepped to the forefront for the Clint Dempsey-less Sounders and the Uruguayan will be asked to do so again in Sunday’s first leg. It’s a role that Lodeiro seems to embrace, and even without Dempsey for the first leg and Jordan Morris maybe for both legs, Lodeiro has enough creativity to lead Seattle forward.

In the back, Seattle is strong as always, with hulking center backs Chad Marshall and Roman Torres anchoring the defense. Also, right back has been shored up with the midseason signing of Kelvin Leerdam. The Dutchman has been a top addition.

Injuries are a big question mark for Seattle right now. Defensive midfielder Osvaldo Alonso has been out a month, so some rust might show in trying to stop Vancouver’s vicious counterattack. Up top, Will Bruin has 11 goals, but his hold-up play will arguably be more crucial. Last season Nelson Valdez was ridiculed for his lack of goals, but the Paraguayan always battled and provided excellent hold-up play. Whether Bruin can do the same against Vancouver’s burly defense remains to be seen. Lastly, with so many absences, especially for the first leg, there are not a lot of options off the bench for coach Brian Schmetzer.

Why Seattle will win:

“Never underestimate the heart of a champion,” were the words of former NBA coach Rudy Tomjanovich, and the saying applies here with the Sounders. They are going to fight tooth and nail before they give up their crown. They are also peaking at the right time again, having lost just twice since mid-June and conceding only one goal in their past four home games. Seattle can ride its strong defense to get a first-leg result in Vancouver before the returning Dempsey, along with playmakers Lodeiro and Victor Rodriguez, paves the way for a decisive home win in the second leg.

Onlookers got a good taste of what Vancouver does well in Wednesday night’s 5-0 thumping of the San Jose Earthquakes. The Whitecaps overwhelmed the Earthquakes in dead ball situations, scoring their first three goals on set pieces. The genesis of the final two goals, both scored by substitute Nicolas Mezquida, was also via another Vancouver specialty: the counterattack.

Then there is the bench. Coach Carl Robinson has a plethora of options to choose from, including Mezquida, Brek Shea and Alphonso Davies, if he needs a spark or wants to try to stretch a one-goal lead to two or three.

With Seattle missing key attacking pieces — Dempsey and Morris — for Sunday’s first leg, Vancouver’s biggest vulnerability might get exposed. The Sounders could opt for a more defensive approach and dare Vancouver to break them down. That could be problematic for the Caps, who boast playmakers who like to operate in space rather than ones who can meticulously and patiently unlock a defense.

Also to take into account is the Vancouver midfield. Aly Ghazal and Tony Tchani performed well on Wednesday, but they will have their hands full against Alonso (if fit) and Cristian Roldan.

Why Vancouver will win:

The Whitecaps are brimming with confidence right now after their midweek outburst and will make the most of the home-field advantage in the first leg against a depleted Sounders side. The best sign of all for Robinson was seeing Fredy Montero find the back of the net for his first postseason goal. Meanwhile, few are the players in MLS who can go toe-to-toe with Seattle’s center-back pairing of Marshall and Torres, but Kendall Waston is just the man to do it. The Costa Rican requires two, if not three bodies on him in the box, freeing up teammates to pounce on any loose balls.