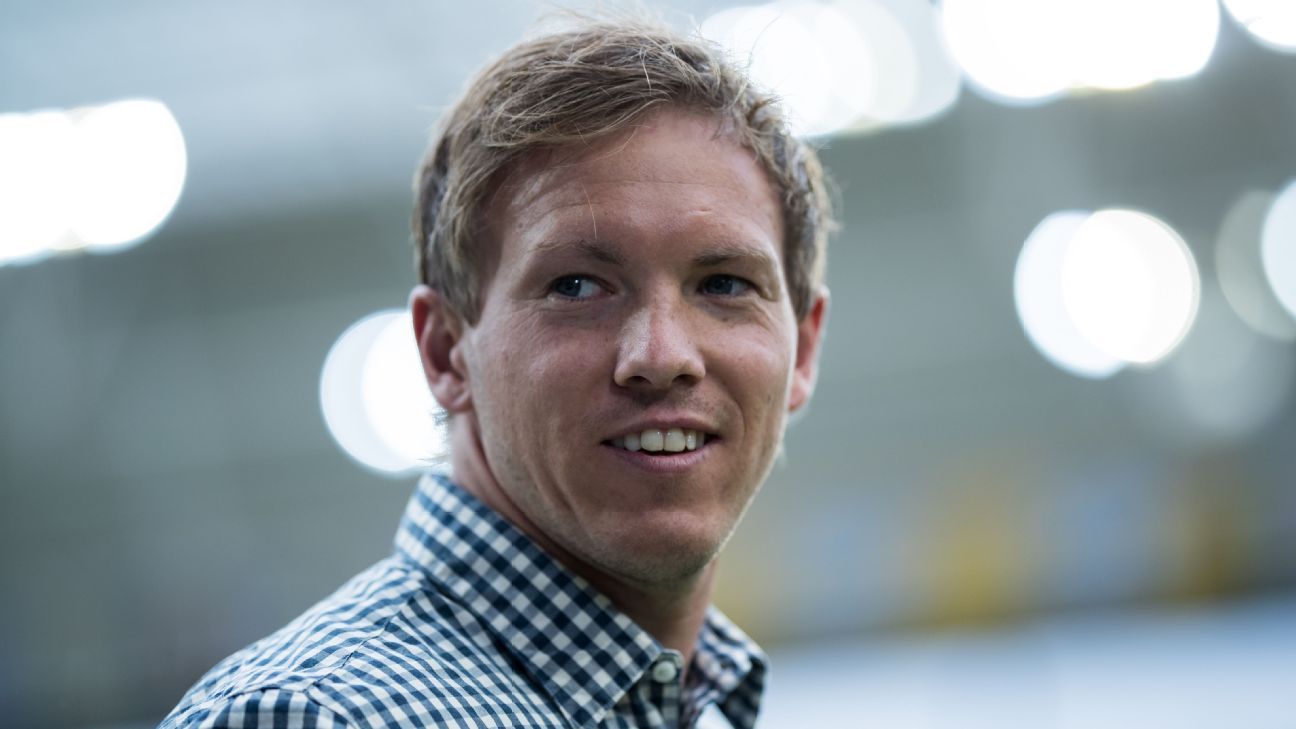 
Julian Nagelsmann has added to speculation that he could one day coach Bayern Munich by revealing his wife and children will move to Munich, and suggesting it is his dream club.

Nagelsmann, 30, became the youngest Bundesliga coach ever when Hoffenheim appointed him in February 2016, aged 28 years old.

He has been touted as Carlo Ancelotti’s potential successor at Bayern Munich after leading Hoffenheim into the Champions League.

Ancelotti is into the second of a three-year deal with the German champions, having succeeded Pep Guardiola in the summer of 2016. On Tuesday, Ancelotti brandished rumours that he was set to leave for China in the winter as “a joke.”

“My wife and child will shortly move to Munich where we have family ties and are having a house built. It’s our home,” Nagelsmann told Eurosport.

“Bayern has always played a prominent role in my dreams. I lived in Munich for many years and come from Landsberg am Lech [Bavaria].”

However, Nagelsmann denied his family plans had anything to do with a potential move to the Bundesliga champions.

“I am very, very happy in my life. Bayern Munich would make me a little bit happier, but it is not as if my whole happiness depends on Bayern,” he said.

Asked about Bayern president Uli Hoeness’ long-term admiration of his talents, he said: “It’s pleasing when a man like Uli Hoeness, who made Bayern great, rates you a bit.”

Nagelsmann revealed the 65-year-old Hoeness wanted him to take over the club’s youth team back in 2015.

“I was under contract but I’m the sort of person who is very open about his plans. I considered the move and said that I would love to move to Bayern,” he said.

As a youth team coach at Hoffenheim, Nagelsmann accepted the club’s refusal to let him move to the German champions.

He added: “After all, fully aware of my situation, I had signed a contract in Hoffenheim and I will fulfil that [contract].”

After his move to Bayern fell through, Nagelsmann was appointed Hoffenheim’s first team coach amid a relegation fight in 2016. The Bavarian not only managed to secure his club top-flight status in his first half-year in the Bundesliga, but also lifted them to unprecedented heights as the club finished fourth last season.

This summer, Nagelsmann signed a new four-year deal at Hoffenheim that runs until 2021, and beat Ancelotti’s Bayern for a second straight season, 2-0 at the weekend.