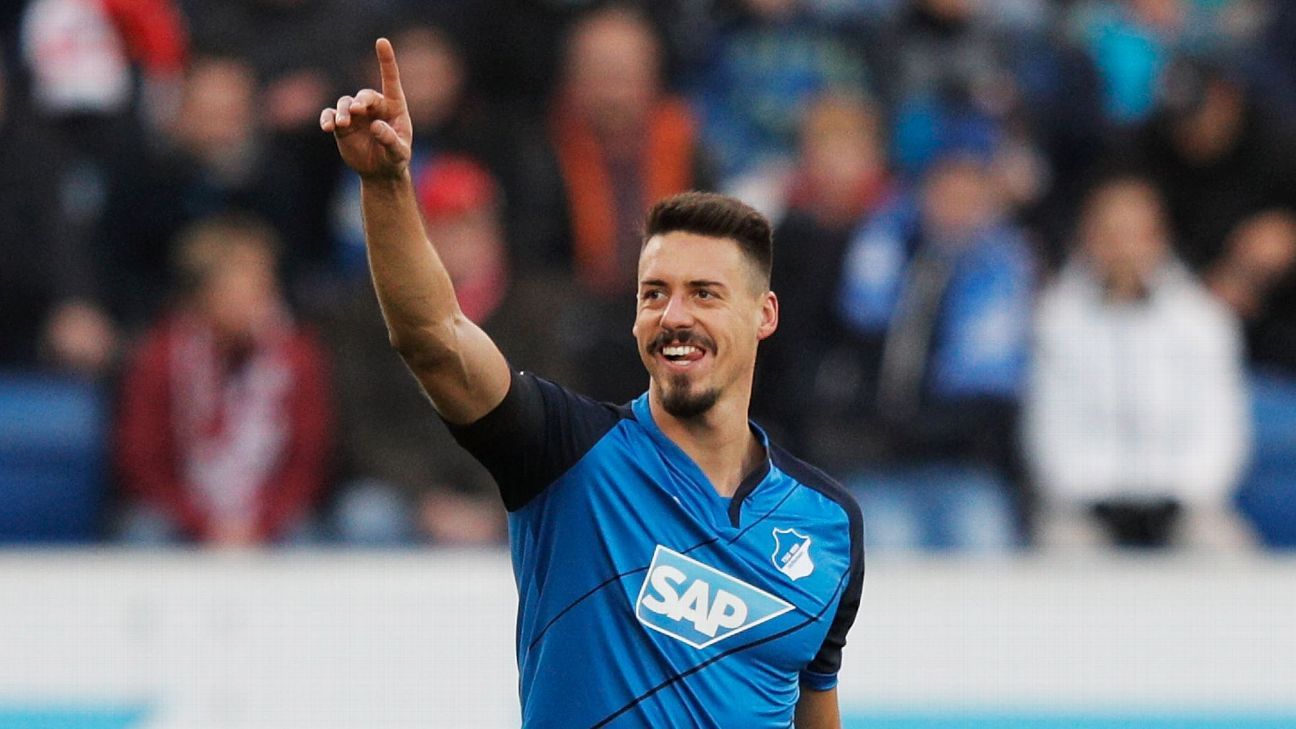 
Sandro Wagner is facing a race against time to be fit for Hoffenheim’s Champions League playoff first leg against Liverpool next Tuesday.

Wagner, 29, was substituted just three minutes into Hoffenheim’s 2-1 friendly defeat to Bologna on Sunday — which was played behind closed doors at the club’s training ground in Zuzenhausen — after picking up an ankle injury.

Hoffenheim said on Monday that the Germany international is expected back in training later this week and that he was substituted “as a precautionary measure,” while coach Julian Nagelsmann added to Bild that Wagner “has not picked up a bigger injury.”

However, Bild reported on Tuesday that the forward is facing a fight to return for the Bundesliga club’s opening clash with Liverpool.

Wagner scored 11 goals in 31 league games last season, though he last netted in a 1-0 win against Bayer Leverkusen in March.

Elsewhere, Nagelsmann said he was impressed with his team after they beat Bologna 3-0 at a separate friendly game at the Rhein-Neckar-Arena on Sunday.

“If I compare it to our preseason last year, we were also good, but not nearly as aggressive and not with that much pace,” Nagelsmann is quoted as saying by kicker. “But there is always some uncertainty in preseason, and we’ll know after we have played Liverpool if we were good enough.”