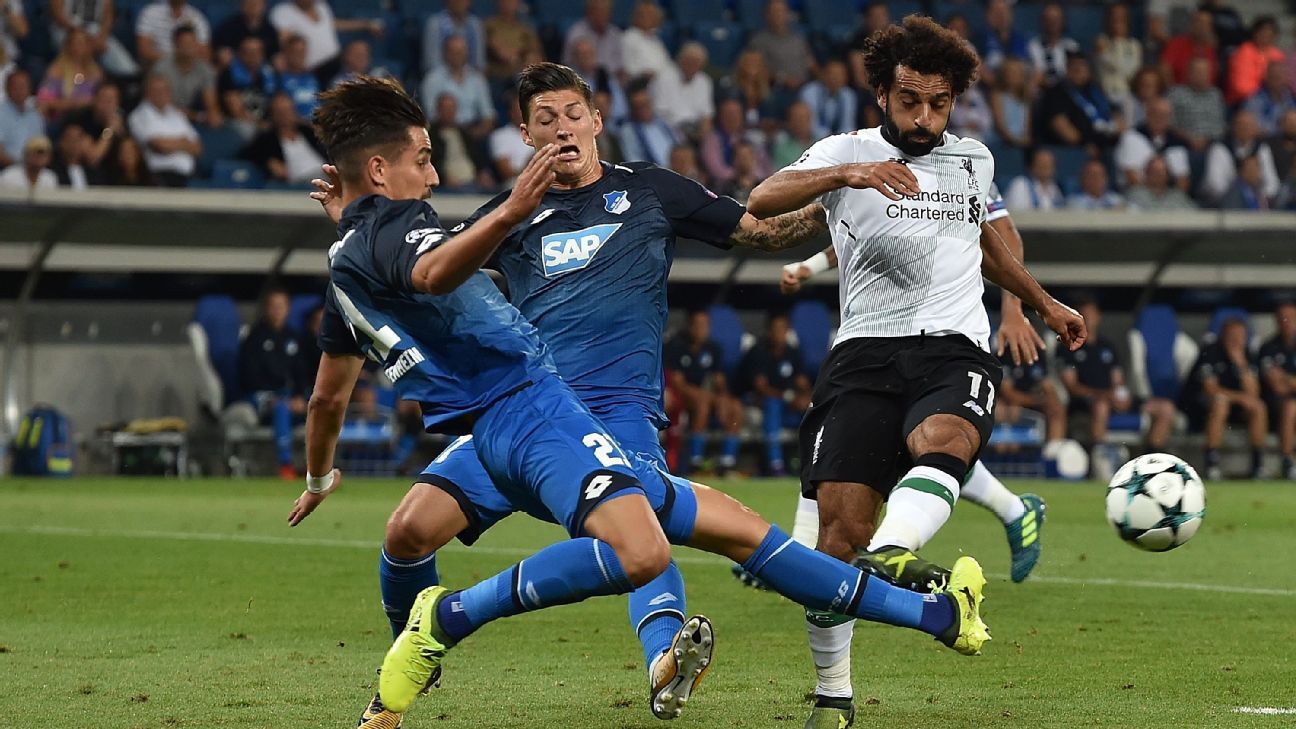 
Hoffenheim are confident they can overcome Liverpool in their Champions League playoff despite travelling to Anfield with a 2-1 deficit, defender Kevin Vogt has said.

The Bundesliga side — who opened their domestic campaign with a win over Werder Bremen at the weekend — scored late on in the home leg to spark hopes of a comeback.

And Vogt told reporters: “It’s beyond debate that we’re capable of scoring two or more goals.

“We’ll take to the pitch with a lot of self-confidence and throw everything in so we can win there.”

Hoffenheim coach Julian Nagelsmann, 30, rested some of his key players against Bremen, with attacker Andrej Kramaric scoring the winner after coming on and former Arsenal winger Serge Gnabry also used as a substitute.

Gnabry told reporters: “We are all totally positive about it [the game at Anfield].

“We will have more possession because Liverpool are a team waiting for counter-attacks most of the time. We will get our chances, but we need to finish them.”