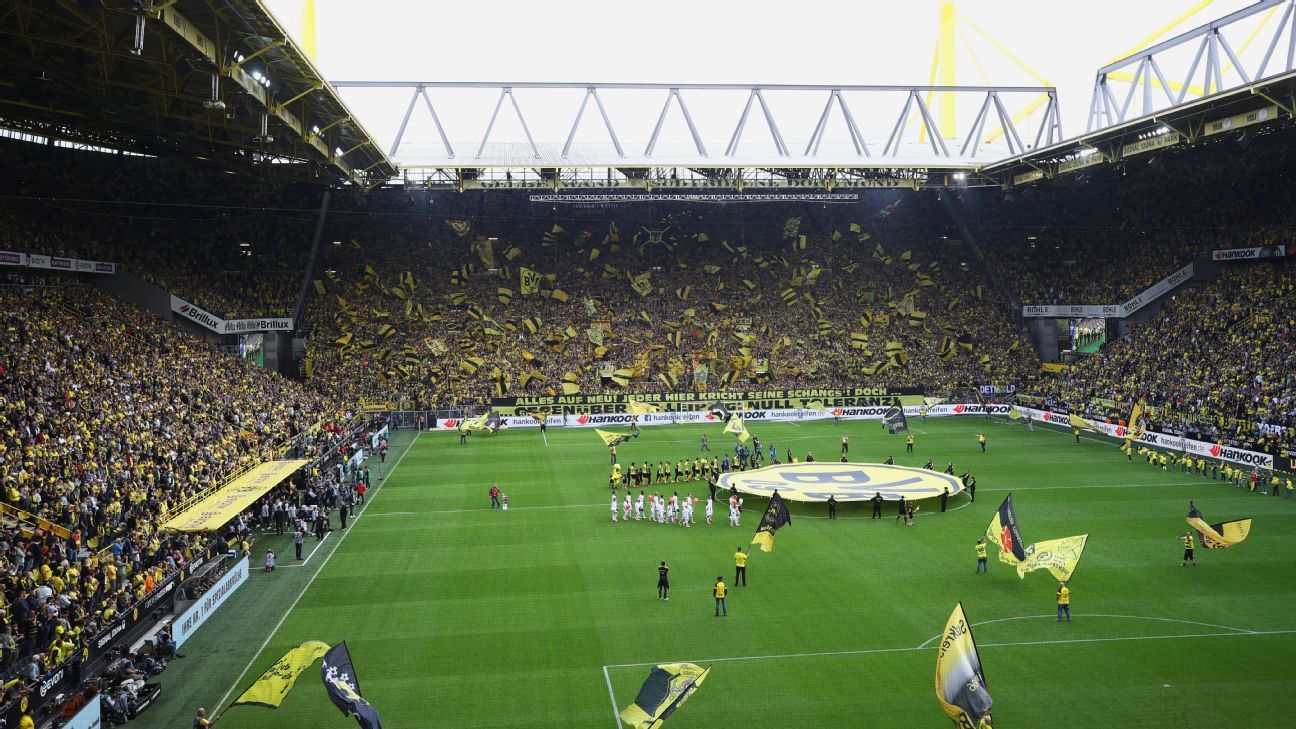 Hoffenheim have banned at least 33 Borussia Dortmund supporters from the Rhein-Neckar-Arena for the Bundesliga game on Saturday after they were identified as having insulted Hoffenheim owner Dietmar Hopp last season.

The fans are also awaiting criminal proceedings by Heidelberg’s public prosecution after insulting Hopp and his mother during the final match of last season.

In a document shared with ESPN, a statement from Hoffenheim said: “On the occasion of the meeting of TSG 1899 Hoffenheim and Borussia Dortmund on May 12, 2018, criminal proceedings because of insult have been initiated against you.

“For that reason, under the householder’s rights, we impose on you a restraining order for the Wirsol Rhein-Neckar-Arena meeting of TSG Hoffenheim and Borussia Dortmund on Sept. 22, 2018 from midnight to midnight.

“Should on Sept. 22 you be caught on the stadium premises despite the restraining order, we will press charges for trespassing.”

The relationship between some Dortmund supporters and their rivals has been strained ever since Hoffenheim were promoted to the Bundesliga in 2008 with the help of Hopp, a local billionaire.

Dortmund supporters and other fan groups in Germany believe Hoffenheim’s arrival opened the door to the undermining of the Bundesliga’s football culture by working around the 50+1 rule, which stipulates that more than 50 percent of a club must be owned by its members.

While anger has mostly turned to RB Leipzig, some Dortmund and Cologne fans have not stopped voicing their discontent with Hoffenheim by insulting club figures.

“It got worse and worse, and there must be a stop sign somewhere,” Christoph Schickhardt, Dietmar Hopp’s lawyer, told Bild. “It’s a clear signal to those fans who believe that the stands are a legal black hole.”

Bild reported that undercover police were in the Dortmund block during last season’s game and filmed supporters with high-resolution cameras in order to identify the suspects.