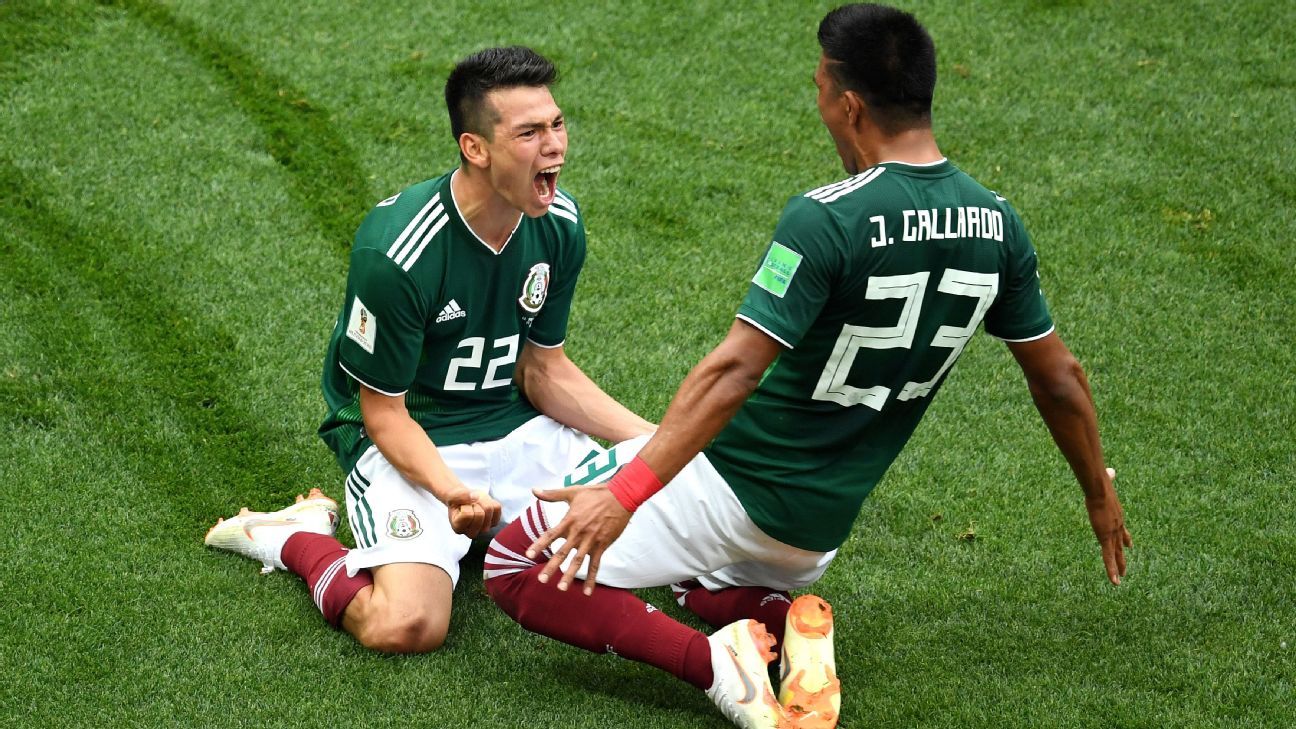 
ROSTOV, Russia — Mexico winger Hirving Lozano isn’t getting carried away with reports linking him to Barcelona and says he instead wants to focus on El Tri‘s World Cup campaign.

The 22-year-old PSV Eindhoven player scored Mexico’s winner against Germany in the team’s Group F opener, added an assist against South Korea, and has become a fan favorite in Russia, earning widespread plaudits for his displays.

But Lozano doesn’t want to talk about potentially moving on from the Dutch champions.

“The important thing is to focus on the next [Mexico] game, do as well as possible and go step by step,” Lozano told reporters after El Tri‘s 2-1 win on Saturday against South Korea.

Lozano was a little more expressive when asked about the “Chucky” Lozano song to the tune of The White Stripes’ “Seven Nation Army” that Mexico fans chanted as the team entered the pitch in Rostov Arena.

But while Lozano isn’t a natural with the press, Mexico midfielder Andres Guardado, who was the revelation for El Tri as a teenager at the 2006 World Cup, does believe the youngster isn’t letting the attention get to his head.

“It makes me very proud to say he is a kid that is very centered, despite everything he is going through,” said Guardado after the game. “He is conscious that he has to continue like he’s not achieved anything.”

“He’s the same kid I met the first time he came with us,” continued Guardado. “Hopefully he stays like that and the rumors about a possible transfer to a big team become reality. It would be marvelous, he’s a great teammate.”