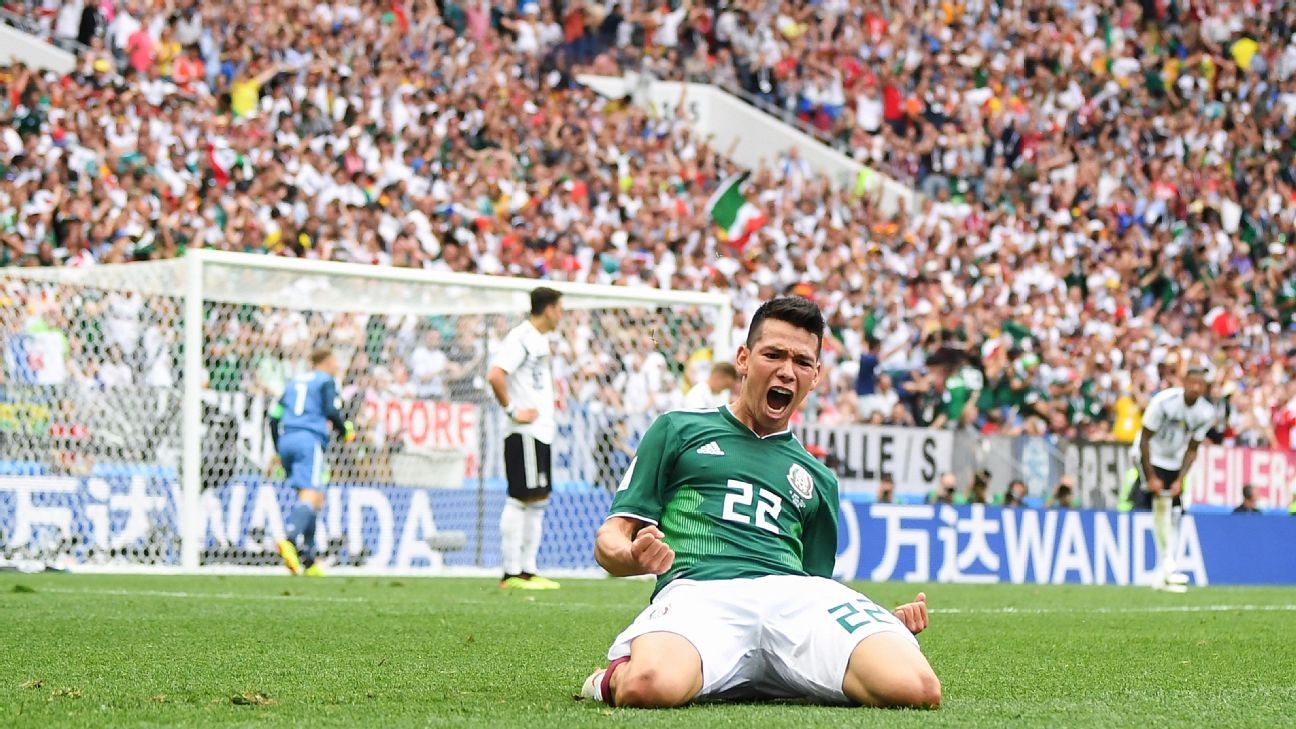 
The father of Mexico World Cup star Hirving “Chucky” Lozano has told ESPN his son’s future will become clear after the tournament amid reported interest from Barcelona.

Lozano, 22, made headlines last weekend when he scored the only goal of the game as Mexico upset world champions Germany.

His match-winning goal came after an impressive first season with PSV Eindhoven — whom he joined from Pachuca last summer — which has seen him linked with a number of Europe’s biggest clubs.

“There have been approaches, but right now there’s nothing concrete,” Jesus Lozano said in an interview with ESPN when asked about reported interest from Barcelona and other teams.

“I think after the World Cup it will be clear if he stays at PSV or leaves for another team.”

Lozano scored 17 goals in 29 league matches for PSV last season, ending the campaign as their top scorer as they won the Eredivisie title.

In the past few months he has been strongly linked with a move to Premier League side Everton, where he would be reunited with former PSV executive Marcel Brands, who moved to Goodison Park this summer.

However, his performances at the World Cup could potentially open up a bidding war for his services.

Barca have made signing a midfielder their prioritity after missing out on Antoine Griezmann but are still in the market for an additional forward as well.

They will listen to offers for Paco Alcacer and would like to replace the former Valencia striker with someone who can compete with Lionel Messi, Luis Suarez, Ousmane Dembele and Philippe Coutinho for a starting berth.