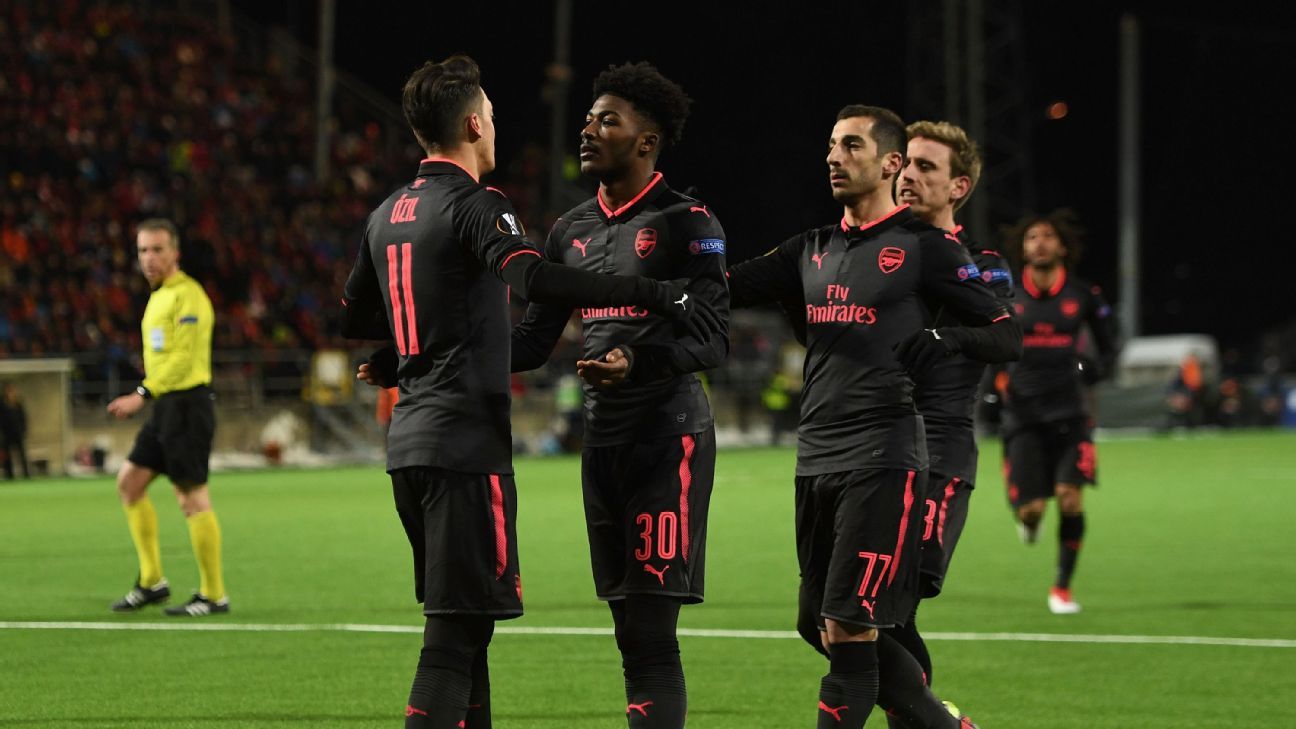 
LONDON — Henrikh Mkhitaryan has told ESPN FC that he can thrive in the same team as Mesut Ozil at Arsenal and admitted he “can’t understand” the doubters who believe there is no room in the XI for two No. 10s.

Mkhitaryan, set to face Swedish outfit Ostersunds in the second-leg of Arsenal’s Europa League round of 32 tie on Thursday, has made an instant impact at the Emirates since moving from Manchester United last month in a swap deal with Alexis Sanchez.

The Armenia midfielder provided three assists on his debut in the 5-1 Premier League win against Everton, before creating two of the goals in the 3-0 win against Ostersunds last week.

Mkhitaryan made less of an impact during the 1-0 North London derby defeat to Tottenham, however, in a game which Ozil also struggled to light up. But despite suggestions that the two players are too similar, Mkhitaryan insists they can impress in Arsene Wenger’s team.

“Some people are saying we cannot play together, but I can’t understand these people that are saying that,” he said. “I’m just enjoying playing with Mesut and he’s an amazing football player.

“I’m getting better playing with him, everyone knows his skills, abilities, so why not? Everything is possible, why not have two No. 10s on a pitch?

“You know, even if we [Arsenal] play very good, there’s always room for improvement — even if we were playing offensive football, we can still improve. I mean maybe we can improve in every aspect, it doesn’t matter if we are strong in one side and weak in the other — I think there are a lot of spaces for improvement.”

Despite an up-and-down 18 months at Old Trafford, Mkhitaryan left United having played a key role in last season’s triumphs in the League Cup and Europa League — where he scored 13 goals in 63 appearances, including one in the Europa League final victory against Ajax.

But after moving to Arsenal, Mkhitaryan believes he is now playing for a club more suited to his attacking talents than Jose Mourinho’s United, and one which bears comparison to the one he left behind at Borussia Dortmund.

“In the last year I played in Dortmund with [Jurgen] Klopp, Dortmund was playing very good football and I think it seems to be a bit similar comparing Arsenal to Dortmund,” he said.

“It’s necessary to do the best for the team, but in this case, when Arsenal are playing offensive football, I’m trying to give everything I can give to the team.”

Mkhitaryan, who will miss Sunday’s Carabao Cup final against Manchester City after playing for United in the competition already this season, claims he is delighted to have made the move to Arsenal having supported the team as a youngster.

“Yes, I’ve been watching many times Arsenal games in the past and of course I was following the team playing in the Premier League and Champions League,” he said.

“Also Arsene Wenger, how he was treating and working with the young talent. I don’t know why but that was the drive and small details that changed myself to saying I have to support Arsenal. I’m very happy to here and it’s a dream come true.”