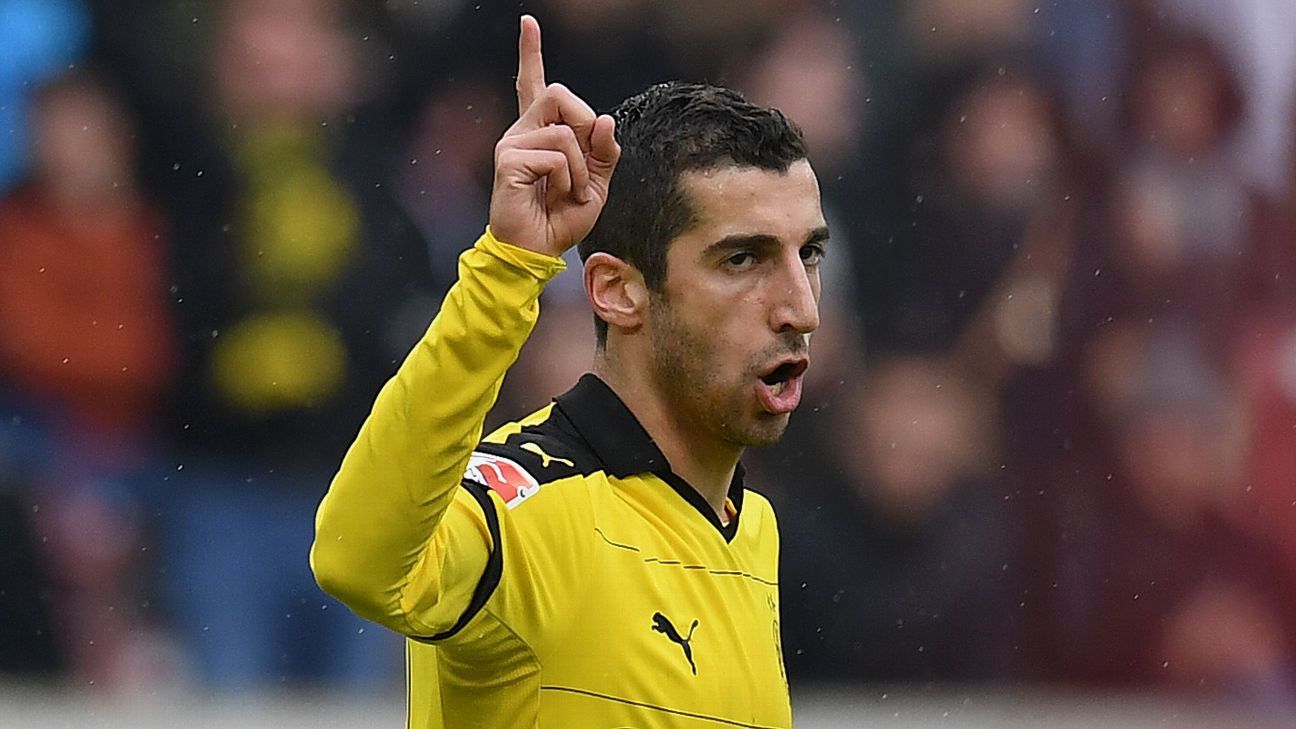 
A potential return to Borussia Dortmund for Manchester United’s Henrikh Mkhitaryan is not on the cards, according to BVB chief Hans-Joachim Watzke.

Mkhitaryan is battling to save his Manchester United career after being dropped by manager Jose Mourinho following a row between the two men during a video analysis session at the club’s Carrington training ground last month, sources have told ESPN FC.

The 28-year-old came on as a substitute in the Carabao Cup defeat to Bristol City and Premier League draw with Leicester City in the past week, but he has not started a game since the 1-0 loss to Chelsea on Nov. 5.

Mkhitaryan arrived in the summer of 2016 for around £27 million, but the German side would not be in a position to offer him a similar deal.

“I know the economic details of his transfer to Man United like nobody else,” Watzke told Bild am Sonntag. “Only if your imagination runs wild, a return is conceivable.”

Sources told ESPN FC that Inter Milan are keen to sign Mkhitaryan and could offer Portugal midfielder Joao Mario in an effort to negotiate a deal when the transfer window opens next month.