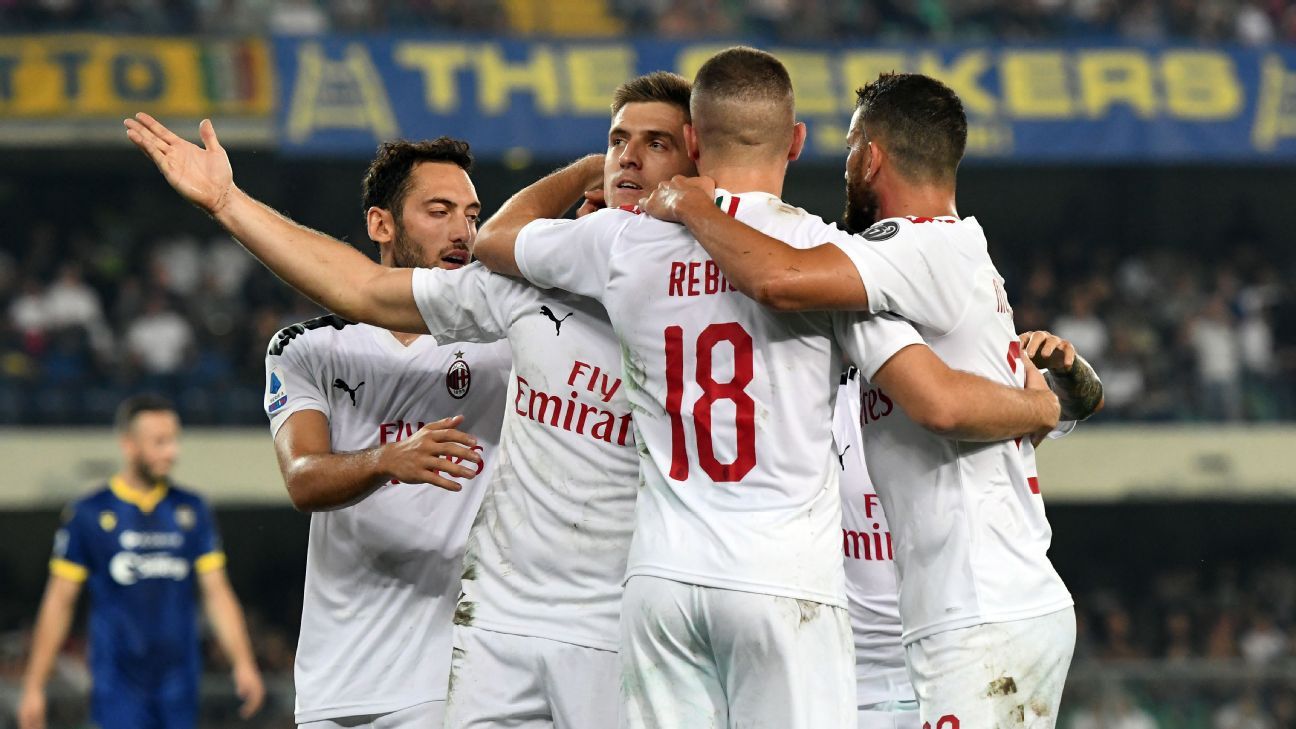 AC Milan’s Krzysztof Piatek returned to the starting lineup and converted the winner with a penalty in a hard-fought 1-0 victory at 10-man Hellas Verona in Serie A on Sunday.

The Polish striker was dropped by coach Marco Giampaolo for the win over Brescia before the international break but led the line at the Stadio Marc’Antonio Bentegodi and opened his account for the season in a nervy win.

Verona debutant Mariusz Stepinski was shown a straight red card for a high boot after 21 minutes but the promoted hosts put in a spirited performance after going a man down.

Piatek went into the game with one goal in his last nine league appearances but made no mistake from the penalty spot in the 68th minute after Koray Gunter was penalised for handball.

Davide Calabria was sent off for Milan deep in stoppage time but the visitors held on to climb to seventh place on six points, two points ahead of 11th-placed Verona.

“The team played well in the second half, with the right approach and precision,” Giampaolo told Sky Sport Italia.

“A team that defends with 10 men in their final third are difficult to break down. Verona played their honest defensive game and we were constantly pushing forward.

“We didn’t do it perfectly and of course there is plenty to work on and improve, but the victory helps us to work.

“I won’t just brush the dust under the carpet, I know full well we need to improve and there are issues we have to deal with.”

Stepinski was initially booked when his raised foot connected with the face of Milan’s Mateo Musacchio midway through the first half, but the punishment was upgraded to a red card following a Video Assistant Referee (VAR) review.

After the break both sides were denied by the post within minutes of each other as Calabria fired a volley against the upright before Valerio Verre was denied by the woodwork at the other end.

Piatek kept a cool head to open the scoring when he fired his penalty past Marco Silvestri and thought he had a second when he bundled home a finish in the closing stages, only for the goal to be disallowed by VAR for a foul on the keeper.

Milan were reduced to 10 men when Calabria risked conceding a penalty as he brought down Matteo Pessina on the edge of the box, but Miguel Veloso sent the resulting free-kick into the wall before Darko Lazovic fired a last-gasp volley wide.