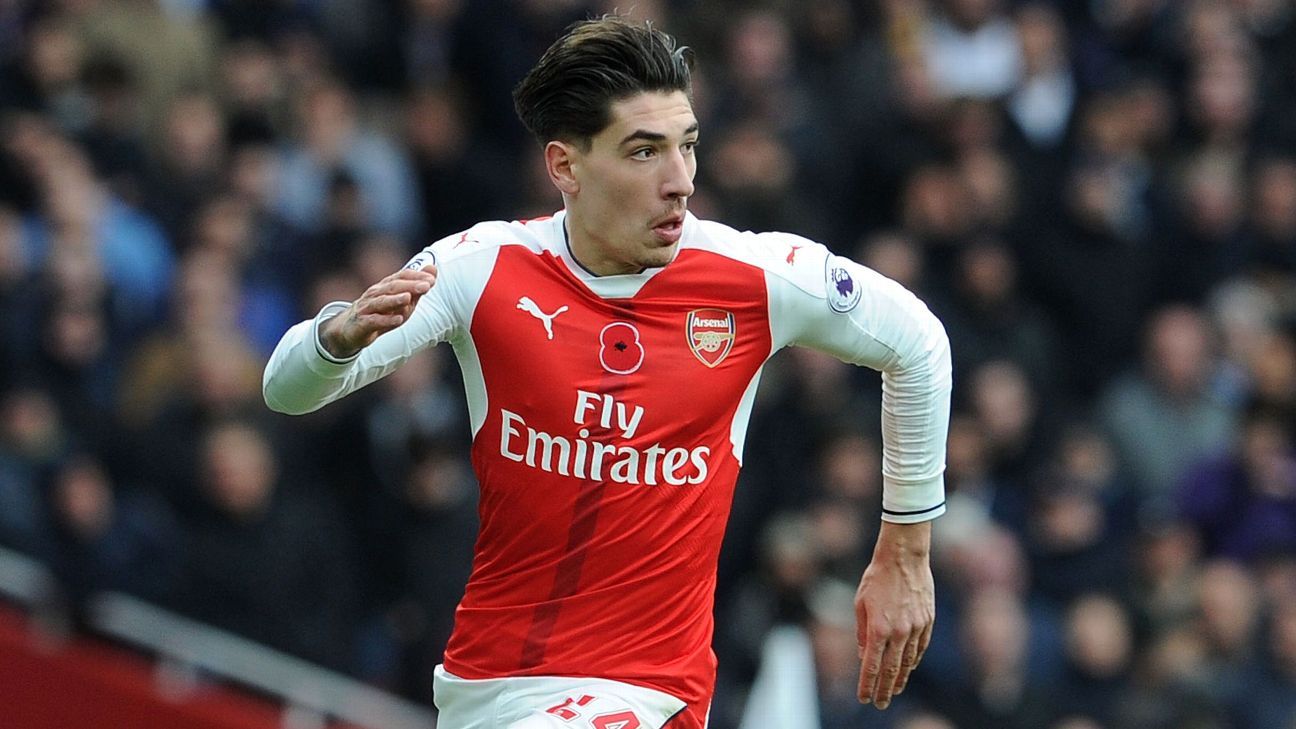 
Hector Bellerin has refused to discuss his future at Arsenal despite being linked to former club Barcelona.

Barca reportedly consider Bellerin, 22, to be the ideal candidate to strengthen their right-back position this summer and El Mundo Deportivo claims that they have set a 10-day deadline to acquire him.

When asked about Barcelona’s reported interest, Bellerin, who started for Spain in their 3-1 win over Italy on Tuesday in the European Under-21 Championship semifinal, told Cadena Ser: “My future is not important now.

“What is important is to help the national team and win this tournament. Now we have to focus on getting the job done.”

Arsenal are reportedly reluctant to sell a player who made 35 starts in all competitions in the 2016-17 campaign, including 27 in the Premier League.

The Spain international, who joined the Arsenal academy from Barcelona as a teenager, signed a new long-term contract with the North London club in November that runs until June 2022.

Barca have reportedly been monitoring Bellerin since right-back Dani Alves left the Camp Nou last summer to sign for Juventus.

Bellerin has started in three games for Spain at the European Under-21 Championship, and they take on Germany in the final on Friday hoping to win the title for the fifth time.

Spain had to go through a playoff to reach the tournament after finishing behind defending European champions Sweden in their qualifying group.

“I’m here with the U21 side and that is all I’m thinking about,” Bellerin said. “It has been a complicated two years as we had a difficult qualifying round but now we have to culminate the work done. This is something beautiful.”