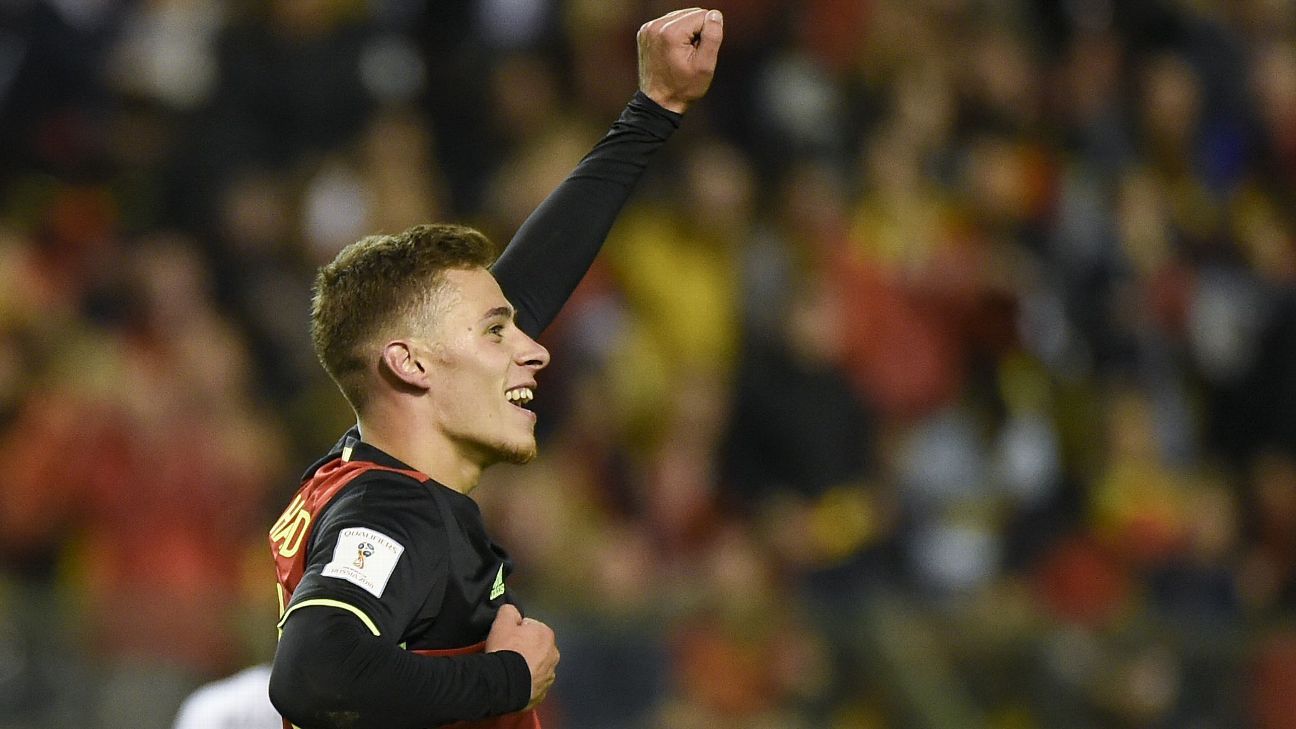 
Eden and Thorgan Hazard jokingly told Belgium teammate Michy Batshuayi he “wouldn’t touch the ball” when they played together for their country earlier this week.

The brothers were in the team for the World Cup qualifier against Cyprus on Tuesday — the first time Chelsea star Eden and younger brother Thorgan, who plays for Borussia Monchengladbach, had both started for their country.

And speaking to reporters after both had scored in a 4-0 win, with Eden netting twice, Thorgan said: “Before the game, we had told Michy he wouldn’t touch the ball because we were going to play with each other all the time.

“In the end, it’s a shame Romelu [Lukaku] scored at the end, otherwise there would have only been the name Hazard on the scoresheet.

“Eden had told me to put in a good performance, and I think it was. It’s just a shame I missed two chances, but it’s not too bad to score once from three opportunities.”

Thorgan, two years 26-year-old Eden’s junior, has become an increasing part of Belgium’s plans and has been regularly called up by Roberto Martinez in recent months.

He was named among the standby players for both the last World Cup and Euro 2016, and said he aimed to feature alongside Eden in Russia next summer.

“I know there is a lot of competition for places in my position, but I hope to be picked for the World Cup,” he added.

“But there are a lot of things that can happen between now and then.”