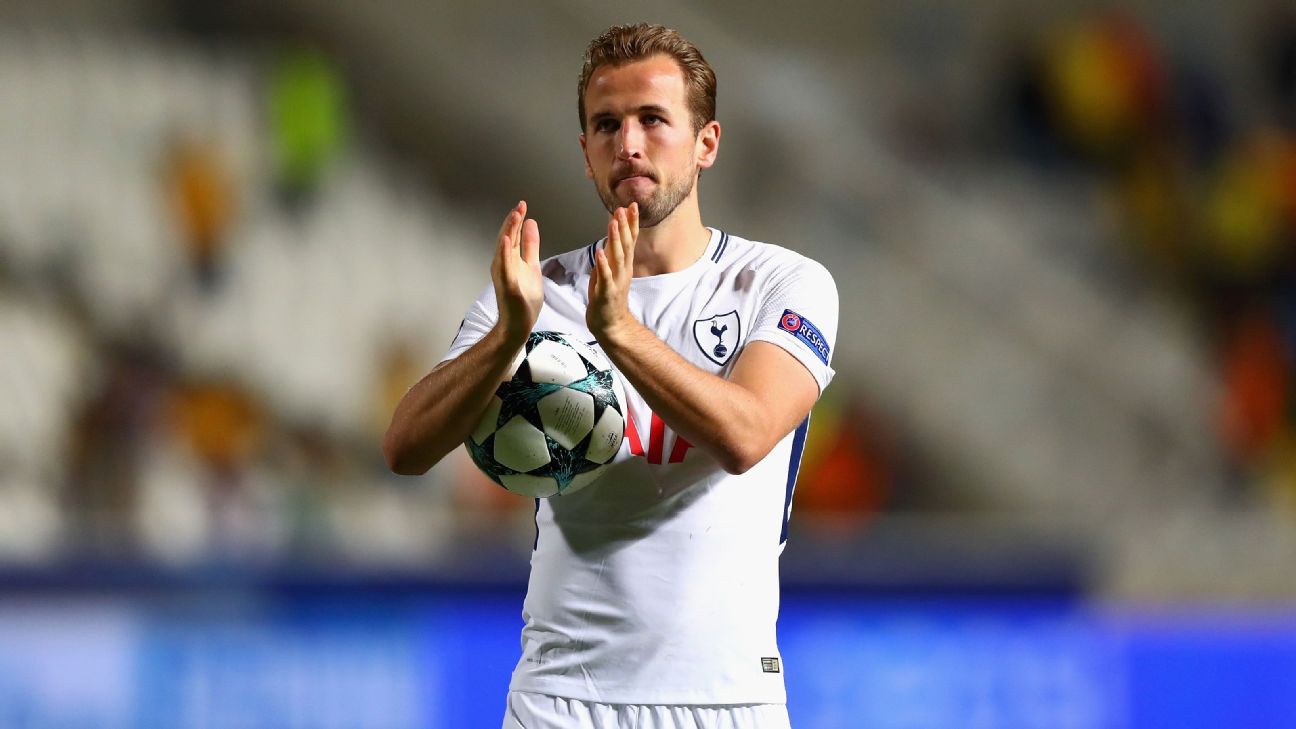 Kane’s first Champions League hat trick came against Apoel Nicosia on Tuesday and secured Spurs a 3-0 victory while underlining the 24-year-old’s status as one of the deadliest strikers in the world.

This year, Kane has 34 goals in 30 club appearances, including six hat tricks. That is more trebles than Messi and Ronaldo combined, with the La Liga pair owning two each.

The England forward is also the top scorer in this season’s Champions League, his earlier double against Borussia Dortmund giving him five goals overall, ahead of Ronaldo’s four and Messi’s two.

“In every big team you have a big goalscorer. In Tottenham it is Harry Kane,” Lloris said. “I think for him he has got a lot of things to prove in the Champions League. He shows his quality and skills at the moment.

“Five goals in two games is fantastic and hopefully he will carry on in the same way for him and the team. We are not surprised about Harry, we know his talent, his skills, his aptitude to score goals and important goals.

“He is our main player, like in top teams, in Real Madrid you have Ronaldo, in Barca you have Messi.”

Kane is unlikely ever to get close to either Ronaldo or Messi’s glittering career records, but excitement is growing around his potential for both Spurs and England, with a World Cup in Russia approaching next summer.

Lloris, who captained France for their home tournament at Euro 2016, insists Kane can handle the pressure.

“Give him time. The most important thing is he is exigent towards himself. Then, for sure, he will lead the national team, he will lead Tottenham,” Lloris said.

“Ronaldo and Messi — they are from another galaxy but Harry has got so much potential to become one of the best. I am not worried — he is connected with the world, he is very calm, he is a hard worker and he is very ambitious.

“That is something very important in football. If you lose your personal ambition it can become difficult.”

Tottenham’s victory in Cyprus backed up their opening win over Borussia Dortmund and leaves them within touching distance of the Champions League’s knockout stages.

“In Madrid we have nothing to lose, all to win,” Lloris said. “It was very important to confirm the good result against Dortmund. It’s a good feeling — we are going to play in Real Madrid with a free mind.

“Of course we believe and we will try to be competitive but it was important to get this result, to do the job and get the six points.”