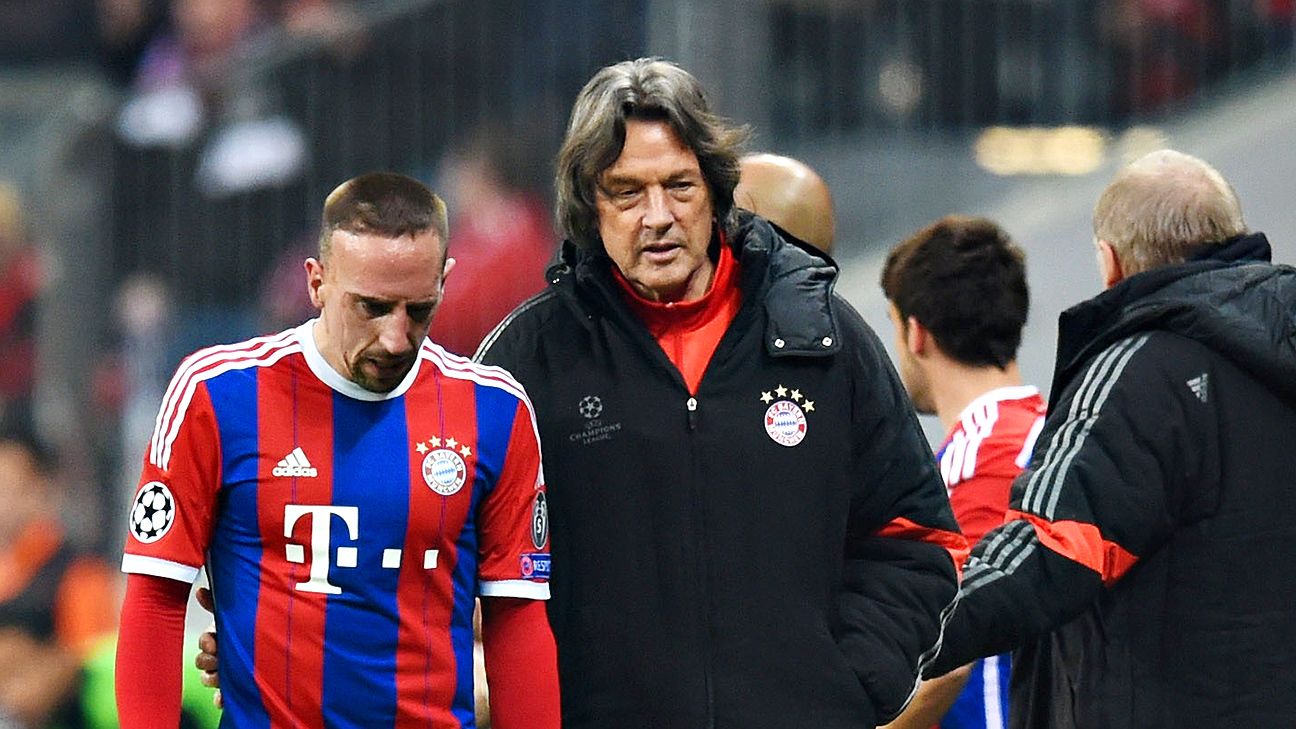 
Former Bayern Munich doctor Hans-Wilhelm Muller-Wohlfahrt has blamed Pep Guardiola for his sudden departure in 2015, after 38 years of service.

Muller-Wohlfahrt celebrated his 75th birthday on Saturday and hit out at the Manchester City boss in two separate interviews with Bayerischer Rundfunk and Bild.

Muller-Wohlfahrt and his entire staff resigned in April 2015 in the aftermath of Bayern’s 3-1 quarterfinal first leg Champions League loss in Porto, claiming his medical staff had been blamed for the defeat, when the team had been without a host of key players — amid reports they weren’t recovering as quickly as Guardiola would have liked.

“I wasn’t used to how Pep Guardiola treated me,” Muller-Wohlfahrt told Bayerischer Rundfunk. “It had never happened before — not one single time.”

“When you have the feeling that you don’t have any bond with the coach, who rejects everything and doesn’t show any interest in medical work, who just criticises and says everything is better in Spain, then it stops being fun,” he said.

Guardiola reportedly clashed with Muller-Wohlfahrt several times about the treatment of players, most notably over Thiago Alcantara who went back to Spain for treatment instead of staying in Munich.

German football magazine kicker also claimed at the time that Bayern CEO Karl-Heinz Rummenigge had told the doctor’s assistant Fredi Binder that they were to blame for the injuries and subsequent results, although then Bayern sporting director Matthias Sammer said nobody at the club blamed Muller-Wohlfahrt for the defeat.

“It’s unfair when you are blamed for a defeat, or an injury or the length of an injury — there’s no basis to work together,” Muller-Wohlfahrt, who is also Germany’s national team doctor, said.

Expanding on his departure after nearly four decades of service, Muller-Wohlfahrt told Bild: “I quit following differences of opinion with Pep Guardiola, who blamed me for defeats and overstepped his area of expertise. As a doctor, I carry the responsibility for a player’s health and not the coach.”

“Mull” has continued to treat Bayern stars like Arjen Robben, Manuel Neuer and Jerome Boateng, while also catering for the likes of Usain Bolt at his practice in downtown Munich.

Despite his abrupt ending under Guardiola, he could envisage a return to the Bayern fold.

“I’ve let the club know that I’m prepared to help out with complicated issues,” he said, a proposal that Bayern president Uli Hoeness confirmed on Jorg Wontorra’s Sky talk programme.

Hoeness said: “We’ve had talks about getting him more involved again — but not in the old way.”