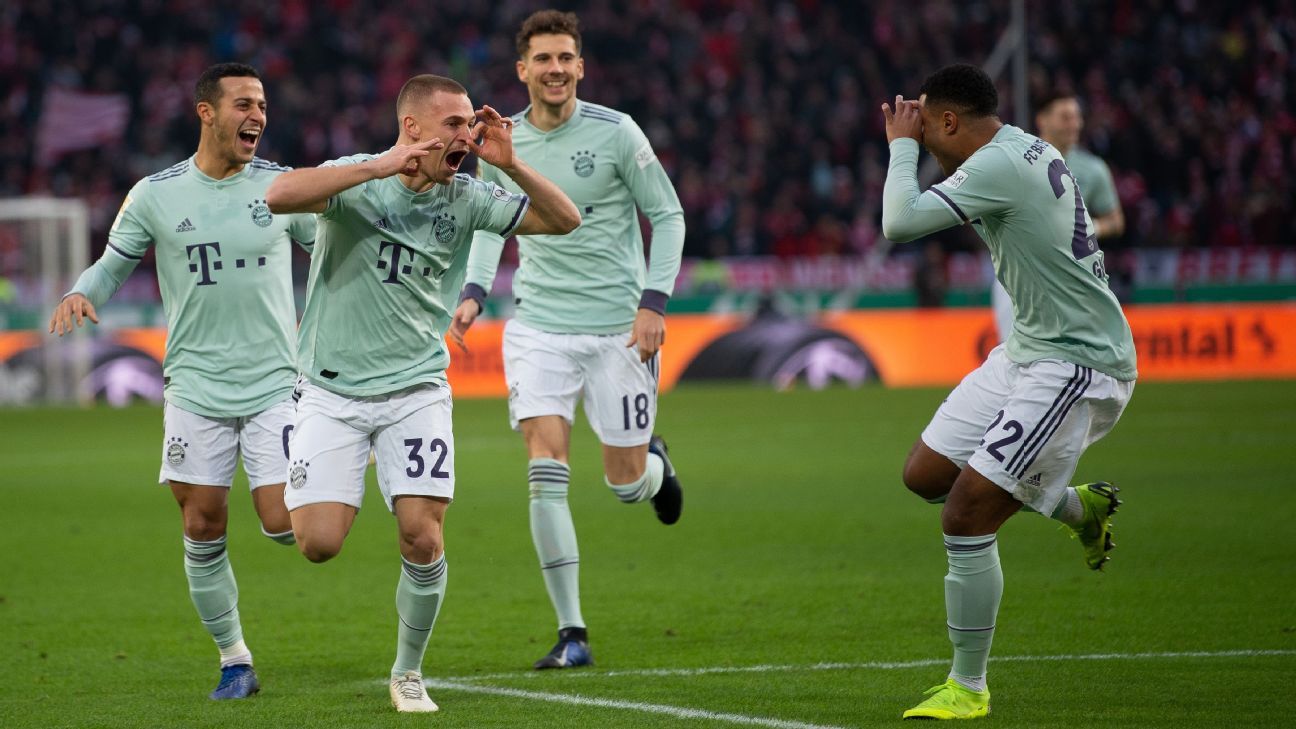 Bayern Munich demolished hosts Hanover 96 4-0 on Saturday to make it three league wins in a row for the rejuvenated champions while moving them to within six points of leaders Borussia Dortmund.

Bayern, who took the lead with a Joshua Kimmich goal after only 62 seconds, oozed new-found confidence as they rode roughshod over the hosts.

They fired 13 shots on goal compared to their opponents’ single effort in the first half and David Alaba doubled their lead with a 29th-minute missile from 20 metres.

In the absence of their veteran wingers — Arjen Robben was injured and Franck Ribery rested — 22-year-old Kingsley Coman and Serge Gnabry terrorised the Hanover defence with their speed.

Gnabry made it 3-0 in the 53rd and Robert Lewandowski headed in their fourth goal in the 62nd as the hosts capitulated.

Bayern, who have put last month’s dip in form behind them, moved on to 30 points, third on goal difference behind Borussia Moenchengladbach, who drew 0-0 at Hoffenheim.