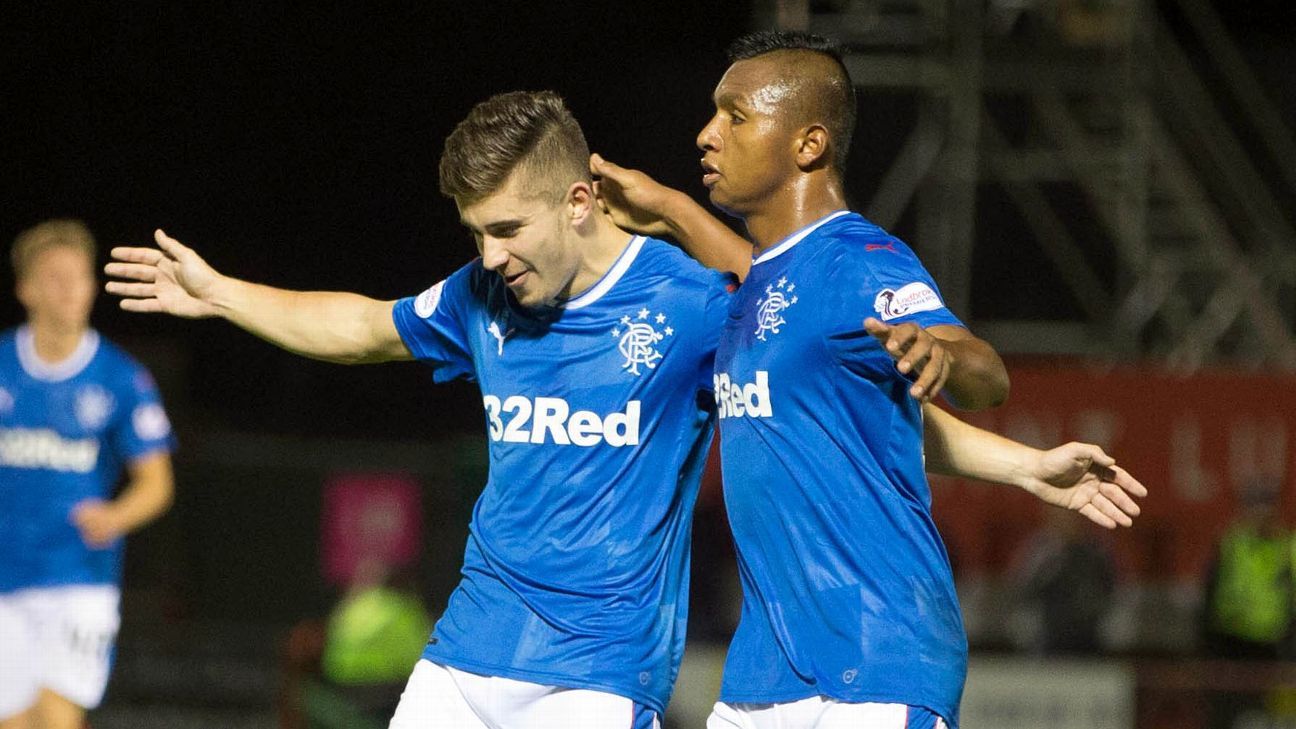 Rangers avoided defeat to Hamilton as Pedro Caixinha’s 10 men recovered to claim a comfortable 4-1 win at the SuperSeal Stadium.

The Portuguese has found himself under scrutiny after another loss to local rivals Celtic.

And things looked to be going wrong again as Hamilton’s Danny Redmond netted inside a minute.

But Rangers responded positively with three goals inside six minutes as Daniel Candeias followed up on Declan John’s quick-fire double.

Ryan Jack was sent off early in the second half but Graham Dorrans calmed nerves with a fourth goal from the penalty spot.

It was just the tonic Caixinha needed after another day of drama at Ibrox.

The latest twist in the Rangers soap opera came on Friday morning as it emerged Kenny Miller had been banished from the first team after reportedly being blamed by his manager for a series of dressing-room leaks in the wake of their Old Firm defeat.

It emerged this week that Caixinha blamed his Scottish contingent for not making him and his foreign imports more welcome in Glasgow.

But Rangers put on a unified front as they secured a result that will ease some of the pressure on their boss — for now.

They had to pick their heads up, however, after shipping an opener after just 57 seconds.

Rakish Bingham turned defender Fabio Cardoso too easily before racing through on goal. Wes Foderingham used his face to block the striker’s shot but Redmond bundled home the rebound.

It may have been that early setback or the toll of another bruising week in the Rangers job, but Caixinha certainly looked subdued.

He preferred to sit on the bench rather than assume his usual position barking orders from the touchline and he did not budge when John levelled on 21 minutes.

The on-loan Cardiff wing-back collected the ball 40 yards out but strode forward with purpose as he drove his first Rangers goal past Darren Jamieson.

The debuting keeper should have got down smarter that time and was partly to blame as John netted again three minutes later.

Jamieson let the shot squirm through his legs after John had linked up with Josh Windass out wide.

And with Accies still reeling, Rangers added a third on 27 minutes as Dorrans clipped a clever pass into Candeias’ feet. The Portuguese rammed home into the far corner.

The goalscorer made no secret of where his loyalties lie in the Ibrox civil war as he darted straight to his manager to celebrate.

Carlos Pena had the ball in the net again for Rangers seven minutes into the second half but referee Andrew Dallas ruled he had used a hand to flick it past Jamieson.

The Mexican, already on a booking, was lucky to avoid a second yellow but Dallas was not so forgiving as he dismissed Jack on 54 minutes.

The Rangers midfielder collected his first card just after the interval for a late challenge on Ali Crawford and had no defence after flying into Greg Docherty soon after.

But the visitors did not have to worry as Dorrans extended their lead five minutes later with a cheeky chipped penalty after Alex Gogic gave away a spot-kick for a tug on Jason Holt.

Accies should have hit back on 72 minutes when Ross McCrorie tripped Botti Biabi in the box, but Foderingham pushed away Bingham’s tame penalty.