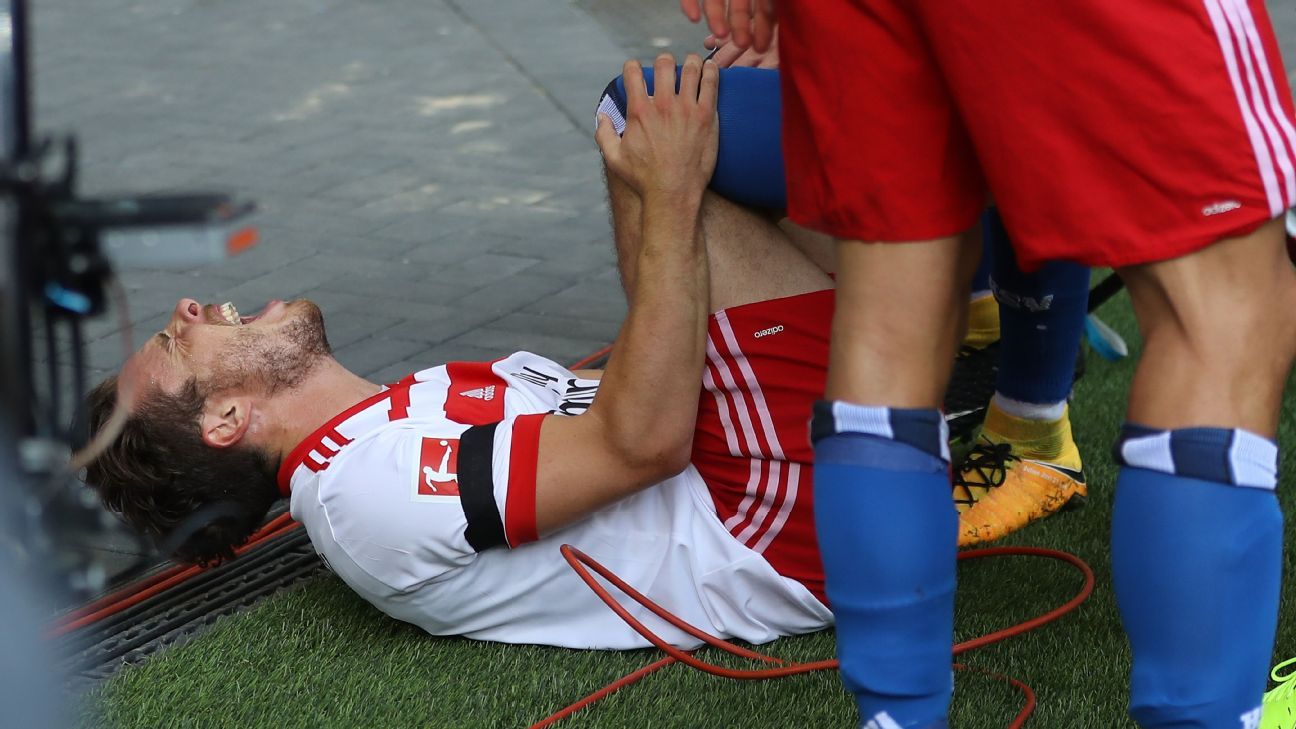 
Hamburg winger Nicolai Muller has been ruled out for seven months after rupturing his anterior cruciate ligament (ACL) — while celebrating scoring a goal.

Muller scored an eighth-minute winner for his side in their 1-0 Bundesliga victory against Augsburg on Saturday.

However, after finding the back of the net, the 29-year-old fell to the ground awkwardly following a celebration that saw him spin around and jump into the air before tripping over the corner flag.

Nicolai Muller has been ruled out for seven months after rupturing his ACL due to celebrating his goal 😬 pic.twitter.com/PsDTLmOny3

Muller was then forced to come off and Hamburg have since revealed that he has ruptured the ACL in his right knee and will be out for approximately seven months.

“The diagnosis has come as a huge shock to us,” Hamburg sporting director Jens Todt said. “It’s a serious blow to our season and obviously absolutely gutting for Nicolai.

“We wish him all the best in his recovery and will support him as best we can throughout it.”

Hamburg also wished their player well on Twitter, saying: “We too would like to wish Nicolai Muller all the best in his recovery. Stay strong, Nicolai and #comebackstronger.”