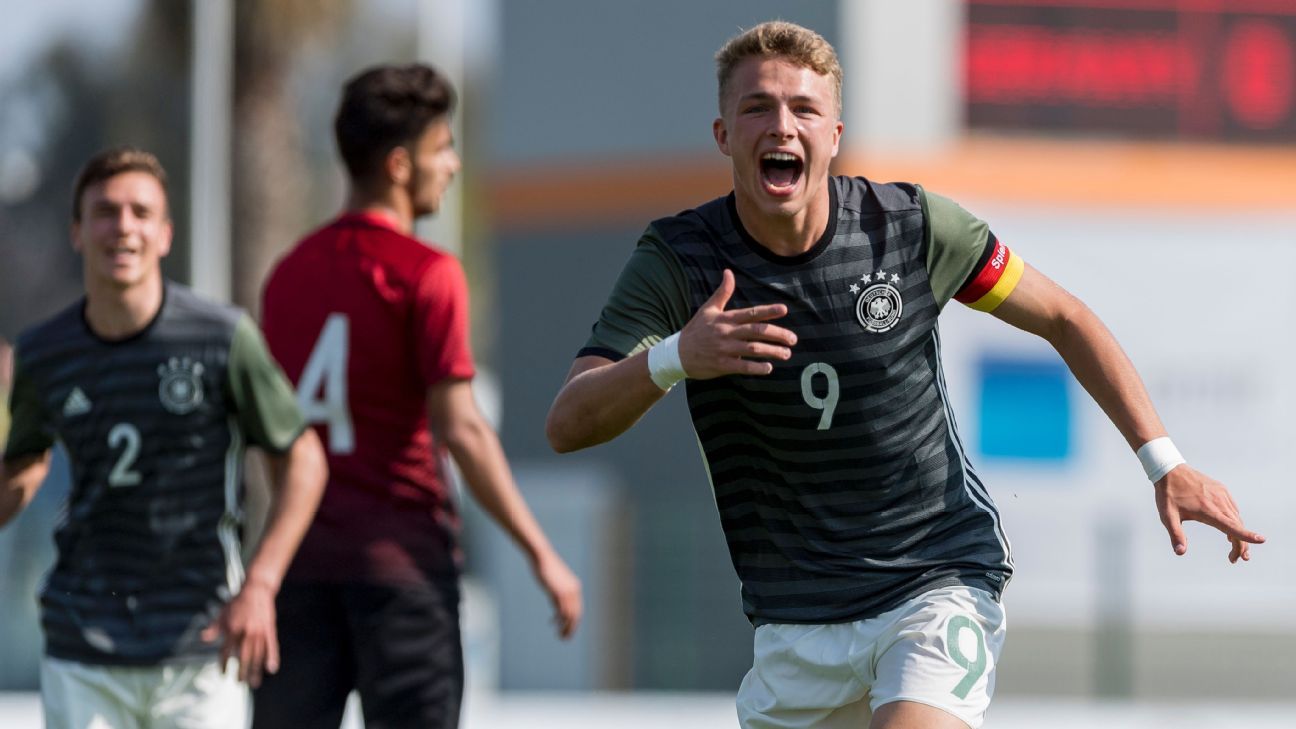 
Germany youth international Jann-Fiete Arp has said he chose to renew his contract at Hamburg rather than move abroad as it “doesn’t make any sense to join Chelsea as a 17-year-old.”

After scoring two hat tricks and another goal for Germany in five matches at the recent European Under-21 Championship, Arp reportedly caught the eye of clubs including Chelsea, Borussia Dortmund and Juventus.

In June, however, the 17-year-old committed his future to Hamburg when signing a contract through to 2019.

In an interview with Bild, Arp has explained his decision to stay with the Bundesliga club, where he has scored 28 goals in 25 games for their U17 and U19 teams, and where he has now joined the senior squad as they prepare for the new season.

“It just doesn’t make any sense to join Chelsea as a 17-year-old,” Arp said. “You have achieved near to nothing, basically have no experience in professional football. The risk is too high. It would have been nonsense to move abroad and neglect everything else.”

Chelsea have developed a reputation in recent years of stockpiling a vast number of youngsters on their books and sending them out on loan, with the majority eventually being sold on without playing for the first team.

Arp, meanwhile, could not only be set to make his Bundesliga debut over the coming months and play in the Under-17 World Cup in India in October, but he will also be kept busy off the pitch as he enters his final school year.

And the attacker says that for now it is important to have something to fall back on besides football.

“Football is a day-to-day business and it can be over any day,” Arp said. “But nobody can take away the Abitur [German A-levels] from you. On top of that, money must not play a role at my age.”