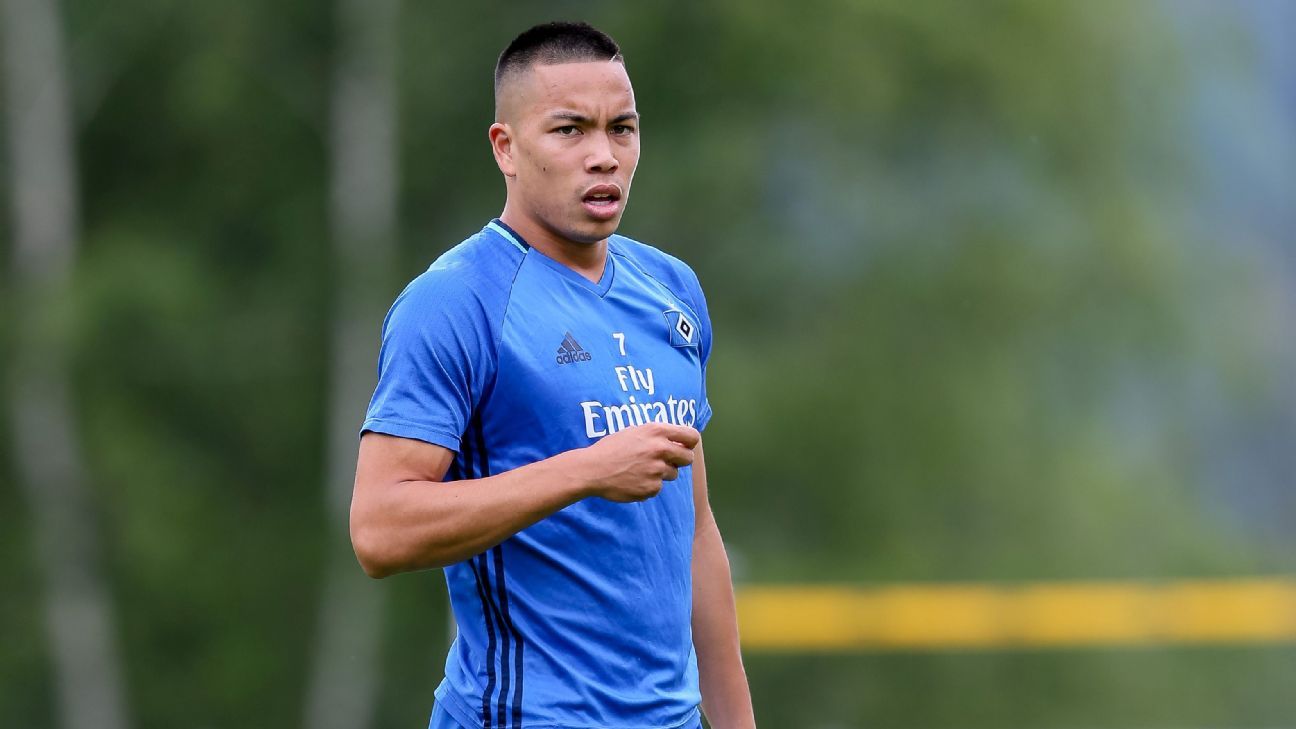 
Hamburg coach Markus Gisdol has backed Bobby Wood to find the back of the net again, and praised the United States international’s attitude in training.

Wood has struggled for goals in 2017. The 24-year-old found the back of the net for Hamburg just twice this season, and a total of five times in 26 competitive appearances for Hamburg this calendar year. Three of those strikes came in the DFB Pokal, and only two in Bundesliga.

Amid the attacker’s goal-scoring crisis, Hamburg have been in a full-blown crisis mode for major parts of the season. They have scored only 27 goals in 26 Bundesliga matches this calendar year, and ahead of their trip to Hertha Berlin at the weekend have fallen to 16th in the Bundesliga standings with their last win dating back to Aug. 25.

With Hamburg looking for goals and points in the next weeks, Hamburg coach Markus Gisdol has backed attacker Wood to find a way out of his slump, and praised the American for his attitude in training.

“Bobby’s someone who will come to us or the video analyst some 30 minutes after training. Just to look at video footage,” Gisdol told reporters at his news conference on Thursday.

“He works incredibly hard, and gives it his all to get back on the right track. To score his goals. To have good scenes.

“That’s why I am convinced that he will get there. Currently, he is on his way out of it.

“I can assess the situation really well. If that wasn’t the case, I’d treat him differently. But the opposite is the case. I’d rather tell him to be more relaxed.”

Elsewhere, Hamburg this week announced a €13.4 million loss for the 2016-2017 season. The only club to play in all Bundesliga season has now posted losses in seven consecutive years.