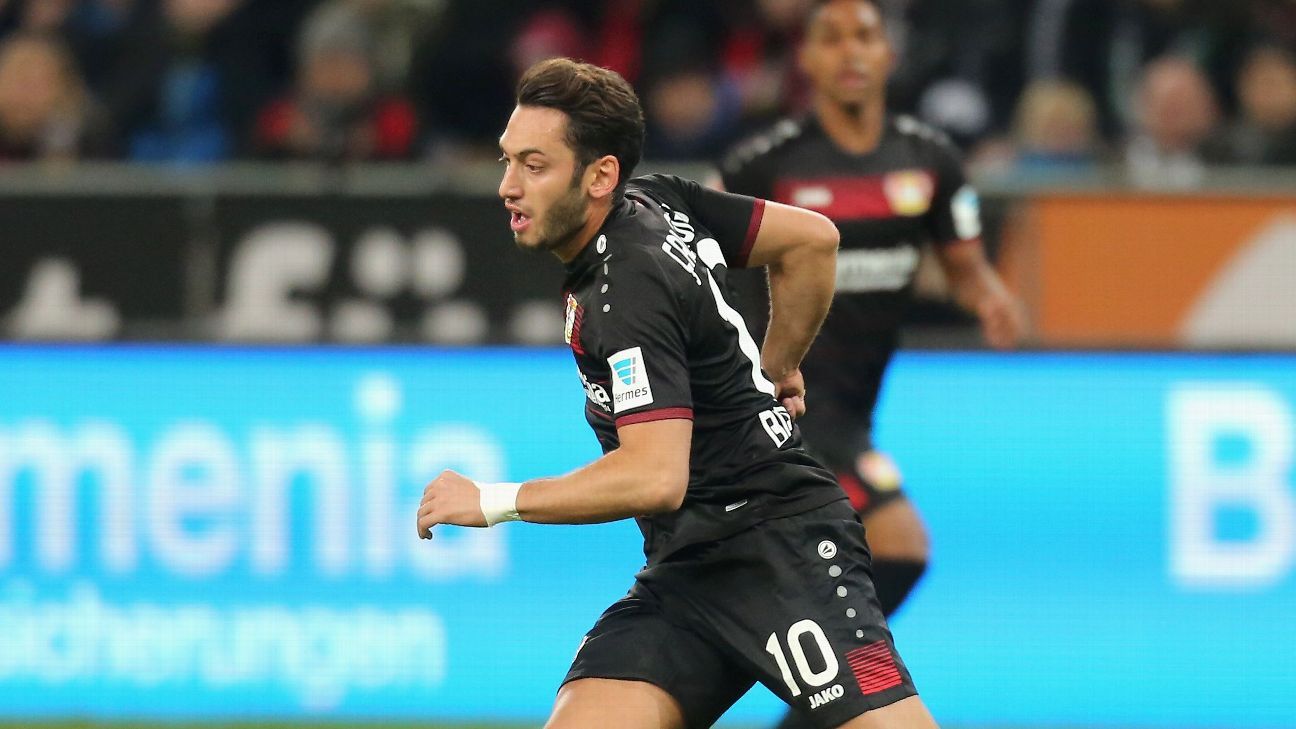 
It may be just the start of July, but Milan’s relentless summer transfer market continued when they confirmed the signing of Hakan Calhanoglu on Monday. The Turkish international follows Mateo Musacchio, Franck Kessie, Ricardo Rodriguez, Andre Silva and Fabio Borini to the club this summer and he could well be the most exciting addition of all.

The 23-year-old’s threat from set pieces is well known and was on show throughout his spell in the Bundesliga as well as with Turkey. But while that undoubtedly adds a bonus string to Milan’s bow moving forward, it’s Calhanoglu’s other strengths that will be crucial for Vincenzo Montella next season and beyond.

Calhanoglu’s creativity and quality in the final third will be vital, as he now makes the Rossoneri a more dynamic outfit. Too often they relied on the likes of Giacomo Bonaventura and Suso to create a bit of magic last season; now they have multiple players capable of creating for each other.

Add his versatility to the mix and Montella will certainly welcome the former Bayer Leverkusen star with open arms. Calhanoglu can play in countless positions, from midfield to either wing or as a trequartista, and that offers further tactical flexibility for Montella to change things as he sees fit.

Calhanoglu has the best period of his career ahead of him. Having now made the step up to join Milan, he’ll relish the opportunity to prove himself and establish himself as a pivotal figure in this new-look team.

It’s an environment that he should thrive in; his game is suited to Serie A, while his classy play and technical quality on the ball should help Milan play a more attractive brand of football with the players around him.

The other signings so far this summer have been essential and exciting in their own right, but Premium Sport commentator Sandro Piccinini may have said it best on Twitter this week, when he insisted that Milan now “finally have a player that will make fans want to go to the stadium.”

Credit again goes to the club for their work in this transfer window. All six of the new recruits are 26 or under and so all have yet to reach their peak. Aside from the fact that Milan are building a global appeal with an Argentine, Ivorian, Swiss, Portuguese and now a Turkish addition, it has the feel of a new cycle starting at the club.

That’s not to say it’s guaranteed to be successful, but the management have worked diligently months in advance of May’s takeover to identify and acquire the best possible targets who can improve together. All these players will fill fundamental roles in the growth of Milan moving forward, as well as being crucial in ensuring that they maintain it over the next four to five years.

All six signings are also an immediate upgrade on the player that they’re essentially replacing in the team, and so CEO Marco Fassone and sporting director Massimiliano Mirabelli deserve all the credit that they’re currently receiving.

Some will still have reservations, and until we’ve seen this new group together on the pitch and producing results, it’s fair to have those doubts. There is no doubt over the atmosphere and mood at Milanello now though, as the Rossoneri believe they’re building something special and they’ve done some really impressive business, from both a football and financial perspective.

But this summer’s recruitment drive also heaps a lot of pressure on Montella and his players to get it right next season. Milan’s ultimate objective is to get back into the Champions League as soon as possible. With all this quality and depth being added, there are no excuses now to not get there and to perform well in the Europa League.

Calhanoglu still has a lot to prove at this level, but from what we’ve seen thus far combined with the team around him, there’s a lot to be positive about. The work this summer on the squad is not even nearly over either, as Milan must start to think about sales to balance things out while more new signings are expected.

With preseason starting this week, belief is building that it can be a real turning point for the club.