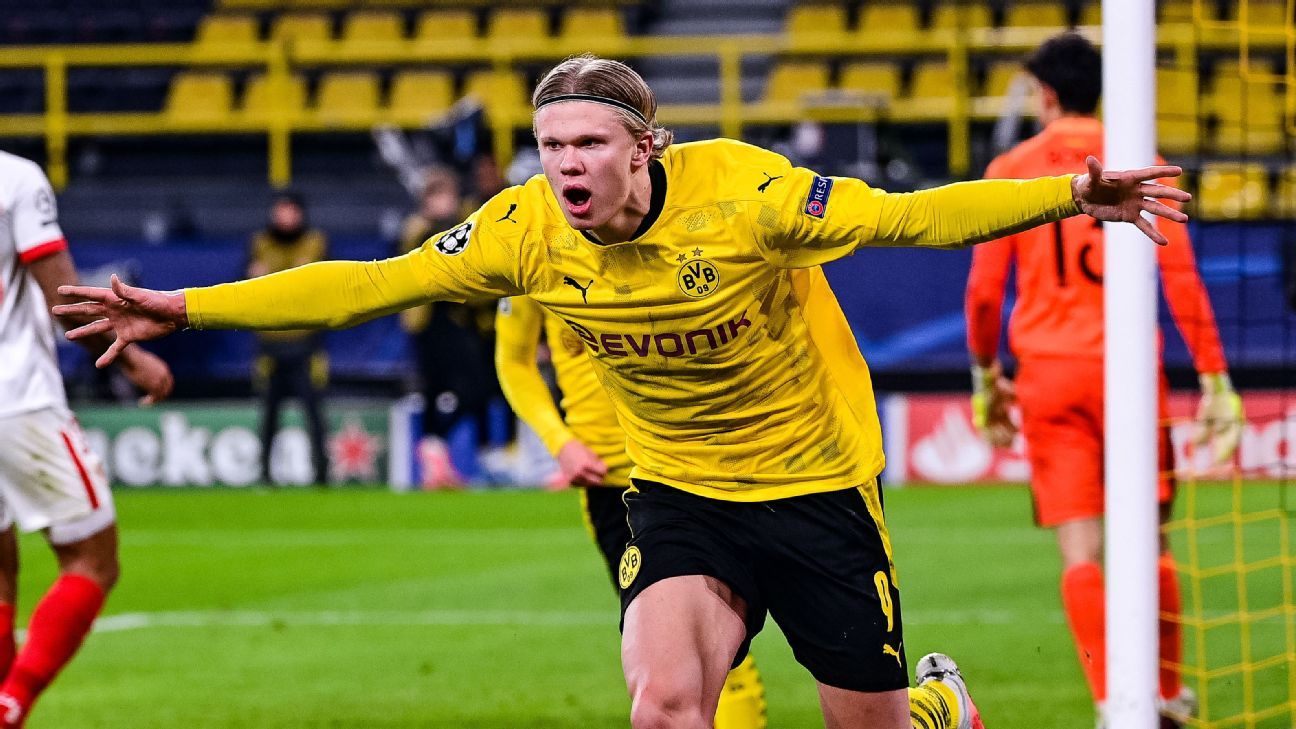 
Borussia Dortmund forward Erling Haaland will not be able to trigger a release clause this summer even if the Bundesliga side miss out on Champions League football, sources have told ESPN.

Dortmund, fifth in the table and four points adrift of fourth-place Eintracht Frankfurt who they face this weekend, are holding out for €180 million should he leave at the end of the season.

Haaland’s agent, Mino Raiola, has held talks with Spanish giants Barcelona and Real Madrid over a possible move for the 20-year-old, according to ESPN sources.

Dortmund remain relaxed about the situation with sporting director Michael Zorc having simply urged Raiola and Haaland’s father Alf-Inge to stay in line with the ongoing COVID-19 restrictions.

“If they want to take in the Mediterranean sun and stick to the coronavirus regulations, everything’s okay,” Zorc told local paper Ruhr Nachrichten.

Haaland, who is contracted to Dortmund until 2024, is one of the most sought-after players in Europe this summer, with most of the top sides keen to secure his services after Raiola had said only 10 teams could realistically afford him

It is widely reported Haaland has a release clause of between €75 million and €100m which only can be triggered in the summer of 2022. Sources have told ESPN there is no clause in Haaland’s contract allowing him to leave Dortmund for a set fee should the Germans miss out on Champions League football next season.

Sources told ESPN that Dortmund had been aware of the talks with Madrid and Barca before they happened and it is expected that Haaland Snr. and Raiola will embark on the UK leg of their tour soon. Manchester United, Manchester City, Liverpool and Chelsea are reportedly among the interested parties.

Haaland joined Dortmund from FC Salzburg in January 2020 and in the build-up to the transfer Raiola and Haaland’s father did a similar tour of Europe when also holding talks with United and RB Leipzig.