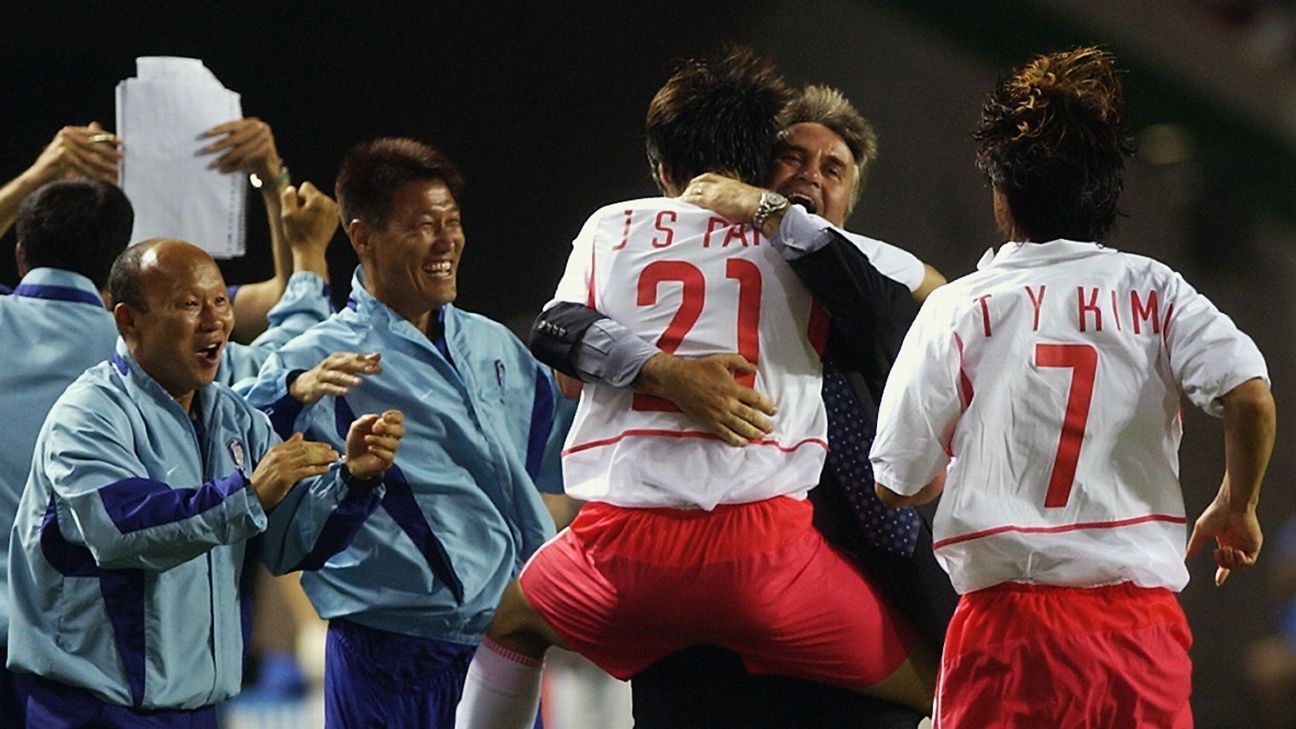 
Hours after South Korea sealed their involvement in a ninth successive World Cup, Korea FA officials were denying media reports that Dutchman Guus Hiddink was in line for a sensational return to take over as head coach.

The Taeguk Warriors finished second in Group A on Tuesday after a tense goalless draw in Uzbekistan.

Current coach Shin Tae-Yong was appointed in July for the final two games to replace Uli Stielike, sacked in June after three losses in five previous qualifiers. The deal will see Shin, who led Seongnam Ilhwa Chunma to the 2010 AFC Champions League title, lead the Koreans in Russia next summer.

South Korean television reported, however, that Hiddink, who was in charge of the team during their run to the semifinals of the 2002 World Cup, would be open to making a return to the country if he were wanted.

The reports were dismissed by Kim Ho-Gon, the chairman of the KFA’s technical committee, the body responsible for the running of the national team.

“With the players and Shin Tae-Yong, we have just come through a difficult qualification campaign,” Kim told reporters in Seoul. “I am curious to know where these rumours come from, and whether they came directly from Hiddink.

“We are supporting Shin Tae-Yong. There has been no offer made to Hiddink and we don’t need to talk about this.”

The KFA is relieved to have automatically qualified for the World Cup after an underwhelming campaign that saw just two points collected from five away games.

The team needed a win to be sure in Uzbekistan, but attackers Son Heung-Min and Lee Dong-Gook were especially guilty of wasting clear-cut chances. In the end, the players had to rely on Iran not losing at home to Syria to confirm their progression.

Being without captain Ki Sung-Yueng for the final two games, the Swansea City midfielder did not even make the matchday squad, despite being summoned from South Wales, did not help.

Despite drawing both their final games without scoring a goal — it was 0-0 at home to Iran on Aug. 31 — coach Shin has promised to build an attack-minded team over the next nine months.

“I admit that we focused on defence in the last two qualifiers since we didn’t want to concede a goal,” said Shin, who took the under-23 team to the last eight of the 2016 Olympics and the under-20 side to the knockout stages of the U20 World Cup.

The Koreans will play four friendly games in October and November.