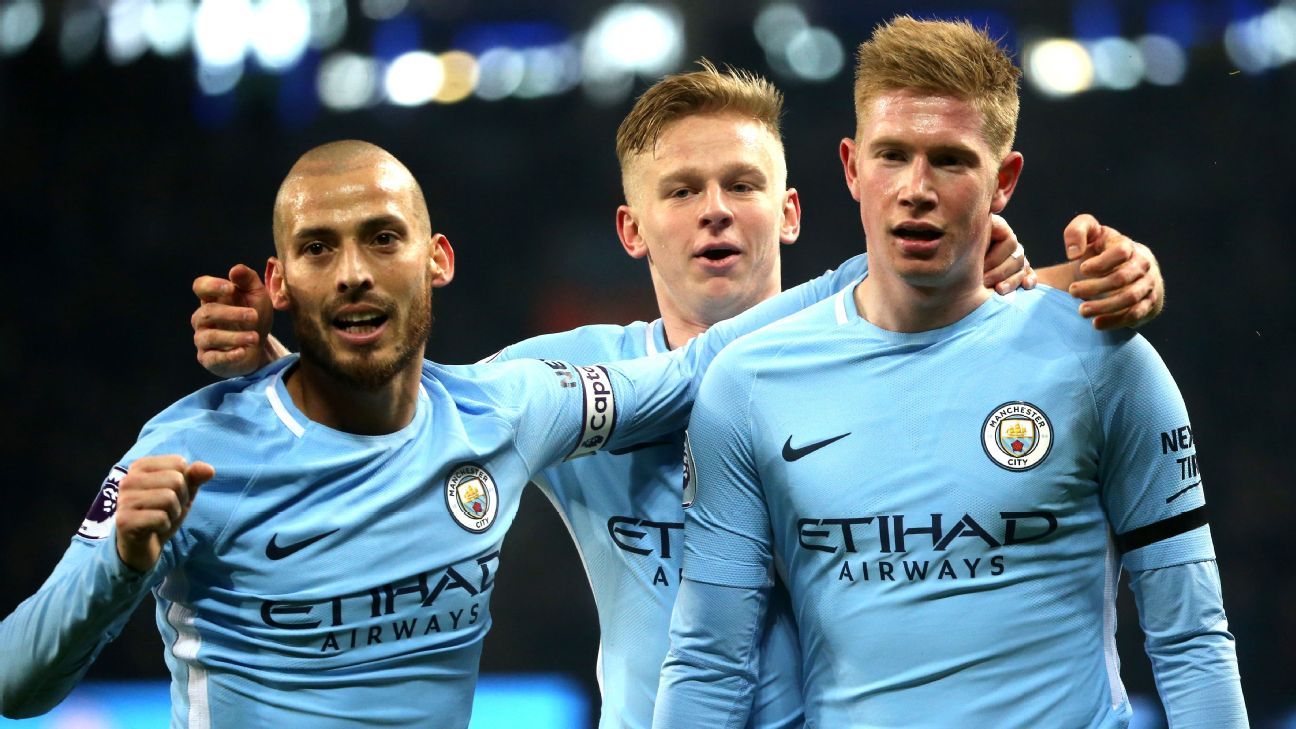 
To paraphrase a popular co-commentary cliche: if anything, Manchester City are actually playing too well.

With the Premier League title wrapped up weeks — if not months — ago, the genuine brilliance of Pep Guardiola’s side has almost been overlooked: there’s no tension, no intrigue, no will-they-or-won’t-they debates going into the run-in. They win so frequently it’s almost become dull, and yet the manner of their football is anything but. Manchester City will win the Premier League this season, and they’ll probably win the Carabo Cup on Sunday, too. And they will do it with a style of football never previously seen in England.

The Premier League is traditionally considered the most physically demanding league in Europe: cold weather, boggy pitches, lenient refereeing, no winter break. It’s an absolute slog, a gruelling, inhospitable environment for flair players, who often start the season exceptionally well before struggling after Christmas because they’re simply exhausted, running on empty by the spring. In truth, that probably won’t matter for Guardiola’s men anyway, such is their incredible advantage in the Premier League table.

But we should be appreciating the fact that Guardiola has achieved something remarkable: winning the Premier League without any concession in his style of play, without taking a backwards step and introducing an enforcer, a little extra midfield steel. Guardiola’s Manchester City will win the Premier League with a three-man midfield featuring a box-to-box player and two natural No. 10s, something no one would have dreamt of before his arrival in England in 2016.

Guardiola’s rival in the Carabo Cup final, Arsene Wenger, was once considered the manager who popularised flair football, and yet his successful sides always featured two physical, sturdy central midfielders to allow an attacking quartet to shine. Patrick Vieira was a consistent presence throughout his title wins in 1998, 2002 and 2004, forming particularly strong partnerships with Emmanuel Petit and Gilberto Silva, pure defensive midfielders who helped dominate the centre ground. When Wenger has moved away from that model, things have generally gone awry.

It’s worth remembering that David Silva and Kevin De Bruyne were both considered, before Guardiola’s arrival, natural No. 10s. Silva was perfectly capable of drifting inside from a wider position, and De Bruyne’s energy and crossing ability means he could play wide right too. But they were essentially No. 10s, players who needed the entire side built around them, with two deep, positionally disciplined defensive midfielders behind.

Guardiola, though, wasn’t having any of that. To play one as a No. 8 would have been a relatively solid strategy; you’d surely need a proper box-to-box midfielder like Fernandinho alongside him, and a solid defensive midfielder behind. But Guardiola’s decision to play them both as No. 8s was remarkable, and the fact they worked so effectively in those positions is a testament to his organisational skills and man-management ability: the former ensuring City’s structure in possession is always solid to prevent quick counterattacks when the ball is lost, the latter convincing Silva and De Bruyne to get stuck in like never before.

But even their midfield colleague, Fernandinho, is not a proper defensive midfielder. With Shakhtar Donetsk, he was a box-to-box player, attracting attention with his storming runs into the opposition penalty area. He took time to adjust when signed by City and asked to play alongside Yaya Toure, and it’s worth remembering that Fernandinho was often exposed and isolated because Toure, a former defensive midfielder himself, didn’t offer him enough protection.

If Fernandinho couldn’t play behind Toure comfortably, surely he couldn’t play behind even more attacking players like Silva and De Bruyne comfortably. On paper it simply didn’t work. But through a combination of good possession play, a solid structure, integrated pressing and a high defensive line, any midfield weaknesses without the ball have barely been noticeable.

Arsenal also serve as a useful comparison for accommodating creative No. 10s. Wenger now finds himself, perhaps unexpectedly, with a dilemma involving how to accommodate two players in that mould, after Mesut Ozil signed a new long-term contract and Henrikh Mkhitaryan arrived from Manchester United in a swap deal with Alexis Sanchez.

Wenger has tried to use them together in a 4-2-3-1, but also in a 4-3-3 — the same system City use. But at Tottenham, Wenger fielded Ozil and Mkhitaryan in the two wide roles. That’s fair enough, they’re the logical positions to use them in — maybe the only positions he could use him in. But make no mistake: De Bruyne is no more of a central midfielder than Mkhitaryan, Silva no more so than Ozil. All four players are No. 10s. But whereas Wenger shoved his two out wide, Guardiola has dragged them deeper to provide creativity from deep.

What is this? Is it football from the future? Let’s hope so, because while the Premier League has put rather too much focus upon aggression and physicality dominated by pressing — both historically and in the past few years — Guardiola is preserving the balance and providing an alternative, showing you can succeed with technical possession football, with attacking players brought deeper.

English football is generally suspicious of too much technical quality, yet we should be delighted that Guardiola is succeeding in this manner: English football’s greatest failure of this century is the inability to get Frank Lampard and Steven Gerrard playing together cohesively in midfield for the national team. English football likes driving, attacking midfielders in that manner, and Guardiola is showing how to use two in tandem.

So why shouldn’t England follow suit? Does the national team have to opt for defensive, disciplined midfield options when Guardiola has shown you can use two No. 10s brought back into a midfield three? Can they use Dele Alli and Adam Lallana in those positions, rather than using one out wide, getting their best technical players into the midfield zone where they have few other options?

Perhaps that’s a step too far. But Guardiola’s presence in the Premier League is a huge asset to English football. Having revolutionised Spanish football and German football, he’s now doing the same thing here. It would be a huge waste if his methods didn’t inspire others.