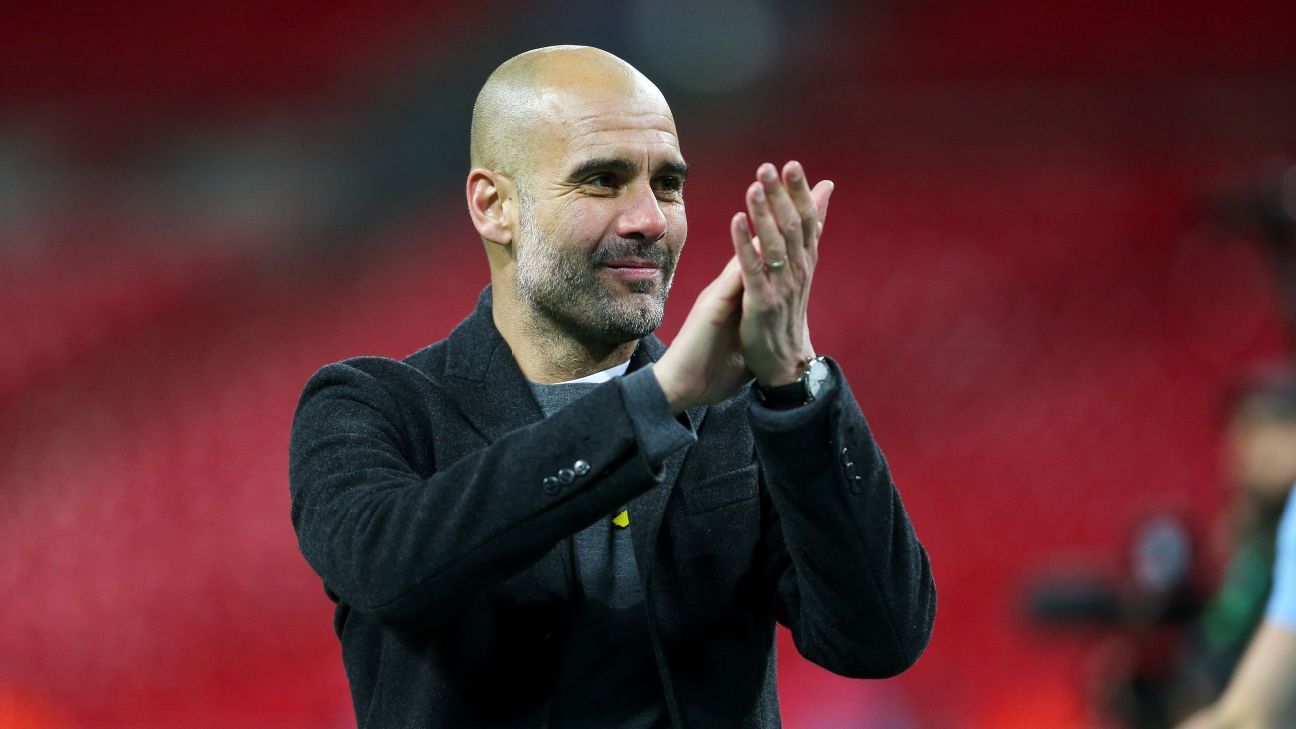 
One of the biggest changes in Pep Guardiola’s second season at Manchester City compared to his first is the mentality of his players. A year of working with the coach and learning his methods has not only given them the confidence to trust in what the manager demands, but it’s also toughened them up when they really needed it.

There were questions over whether Guardiola could hack it in England last season. As the team’s form hit a dip after a 10-game winning start, the manager, annoyed at consistently fielding questions about whether he’d abandon his ideals and switch to a more up-and-at-’em approach, dug his heels in — saying he’d “go home” if his style didn’t work.

After a 4-2 embarrassment at Leicester, the knives were out when he said he didn’t “coach tackles,” while a 4-0 defeat at Everton later in the season had some suggesting he should walk away with his tail between his legs.

It took some time for the players to get used to it. Now that they are, though, it has resulted in City putting on performances that have been mouth-wateringly good. Barely a match has gone by this term without a sublime goal, tapped in from close range after a picturesque one or two-touch passing move has ripped a tightly packed defence to pieces.

Those questions about Guardiola’s methods, stemming from the inaccurate belief that the English league is only winnable if there is a rough-and-tumble element to a team, now look daft. City are about to clinch one of the most one-sided Premier League title races ever and it’s all down to their performances — it’s not a “weak season” as some would suggest.

If it was such a weak Premier League this year, why did all five Champions League entrants make it to the round of 16 with relative ease and why is nobody else closer to City, given they’ve all played the so-called weak teams too?

Outside City, few can really appreciate the size of the task on Guardiola’s hands. While last season laid the foundations in terms of his style, there were also mental barriers to break and that’s perhaps the manager’s bigger achievement in his stint at the Etihad so far.

When Roberto Mancini took charge of the club in 2009, he recognised that one of his biggest tasks was convincing his players that they were good enough to rub shoulders with the best in the Premier League. He had the foundations of a top team, but they were lacking in both belief and leadership.

The Italian is held up as one of the club’s greats because of the transformation he oversaw. The idea that teams can just throw money at a problem and it will be solved is too simplistic. It was astute management from Mancini that changed attitudes and the investment that secured the top talent.

City were no longer afraid to go to the best teams and attempt to impose their style. They won on the big occasions and they truly believed they were deserving of it, which formed the backbone of the FA Cup and title-winning teams.

To an extent, that still existed in the early days of Manuel Pellegrini’s reign. But the points haul from City’s top four rivals tumbled and it was increasingly obvious that there was a soft underbelly to the club’s displays — perhaps best shown by the 3-1 loss to Leicester in the year the Foxes would win the league.

It was obvious what Claudio Ranieri would have his side do at the Etihad — battle hard, break quickly, and get Riyad Mahrez on the ball to feed Jamie Vardy in behind. Yet City, and Pellegrini, didn’t seem to realise until it was far too late and they were bullied for 90 minutes.

By the time Guardiola took charge, all of that big-game mentality had been ebbed away and City just weren’t winning matches against the top teams.

When Chelsea came to the Etihad at the beginning of March this year, they were so scared of what City could do to them that they didn’t even bother trying to compete in the match. Fans would have expected Guardiola to improve this team, especially after how inconsistently they played last season, but nobody could have foreseen the improvements that have been made.

Not only is there now a mean streak — City are prepared to take a yellow card to stop a counter-attack and they’ll do the ugly stuff when it’s necessary — but it’s intertwined with some of the most attractive, creative football England has ever seen.

Even under Mancini, when the team last showed a similar sort of mental strength, City had their moments of weakness. It was often at Stoke or Everton and the players looked like they’d never score even if the match went on all night.

The players are now so invested in Guardiola’s methods that, even when they lose, they do it playing in the same way as when they win. The psychological toughness on show means City have often won games in the tunnel.

It might be the football that’s been wowing the watching world this season, but it’s been the mentality change that has allowed it all to happen.