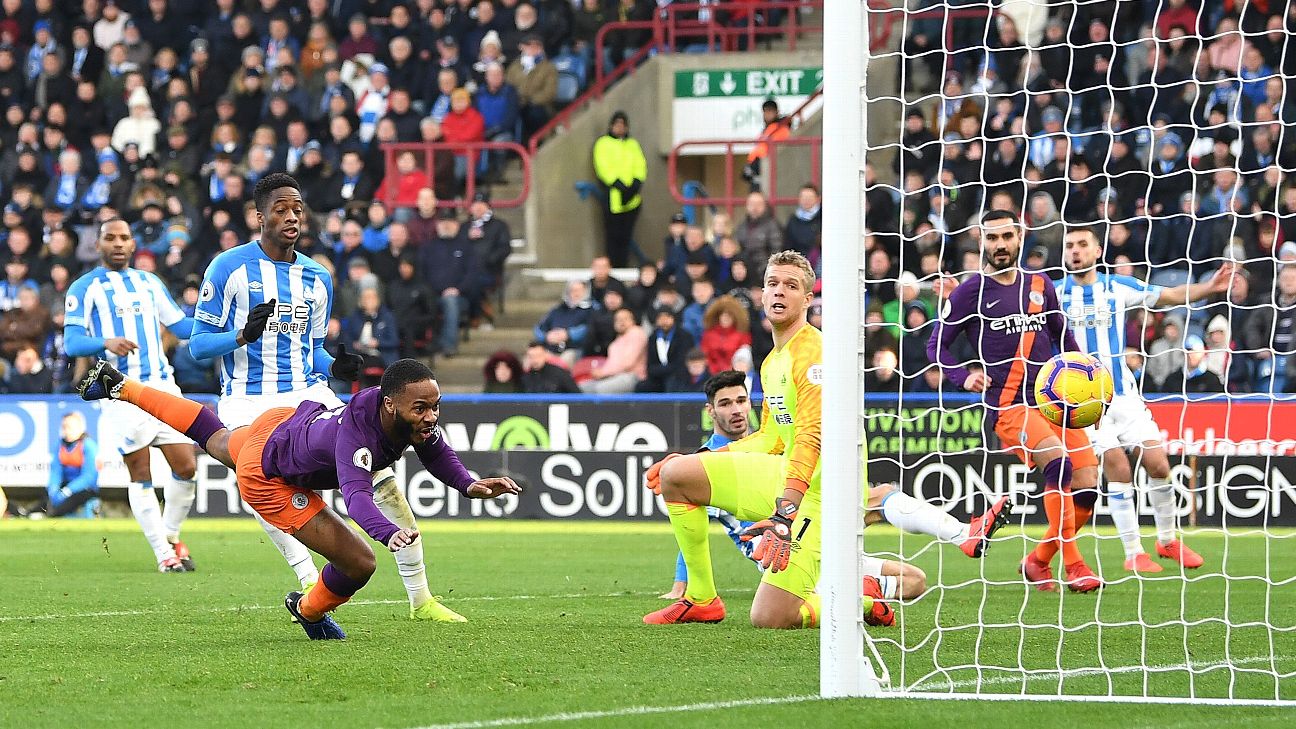 
HUDDERSFIELD, England — Pep Guardiola conceded Manchester City were far from their best but said they will have better days after the 3-0 victory over bottom-of-the-table Huddersfield Town.

City cut Liverpool’s lead at the top of the Premier League back down to four points thanks to goals from Danilo, Raheem Sterling and Leroy Sane but Guardiola wants the players to demand more from their performances.

“The way we played we didn’t deserve more than three goals,” he said. “We will improve in the future. We have to demand more from ourselves in every game and do our best, but sometimes it’s difficult. They defended deep and man-to-man.

“What we have done so far has been incredible, in the league and the Carabao Cup. We have an incredible number of points. But this game can teach us and show what we have to do to improve.

“We’ve scored a lot of goals. So far, so good. One team has been better but we’re in January and there’s many more games to play. You don’t win or lose the Premier League in January. We have to focus on what we have to do. If Liverpool win, we have to win. And if Liverpool lose then we also have to win.”

After a lacklustre first half, City came out quickly after the break, scoring twice in the opening 10 minutes to kill off the game.

Sane set up Sterling for the second before adding a goal of his own and the Germany winger said they “woke up” in the second half.

“The second half everyone could definitely see we were quicker and better and in important positions and controlled the game,” he said. “It is easier when you can play like that and you can push forward more.

“The boss said at half-time that we can’t play the way we were playing and that we had to get better. They were putting us under some pressure too and we know in the Premier League that a goal can come out of nowhere and at 1-1 it would be difficult to get the win. So he woke us up a bit to play our game quicker and better and help us find where the space is.

“[Pep] is always kind of relaxed most of the time and always tries to help us get solutions and he did it again at half time, you could see it was better in the second half.”

Guardiola admitted he spoke to his players during the interval, instructing them to keep more control.

“We adjusted some things when we had the ball, without the ball we didn’t suffer too much, even the long balls we won most of the time,” he said.

“We adjusted something to attack more fluently inside and outside. The first 15-20 minutes were the best minutes we played today. It is a good result. Last season we suffer a lot here and today we make a better result but hopefully we can improve in the next games.”