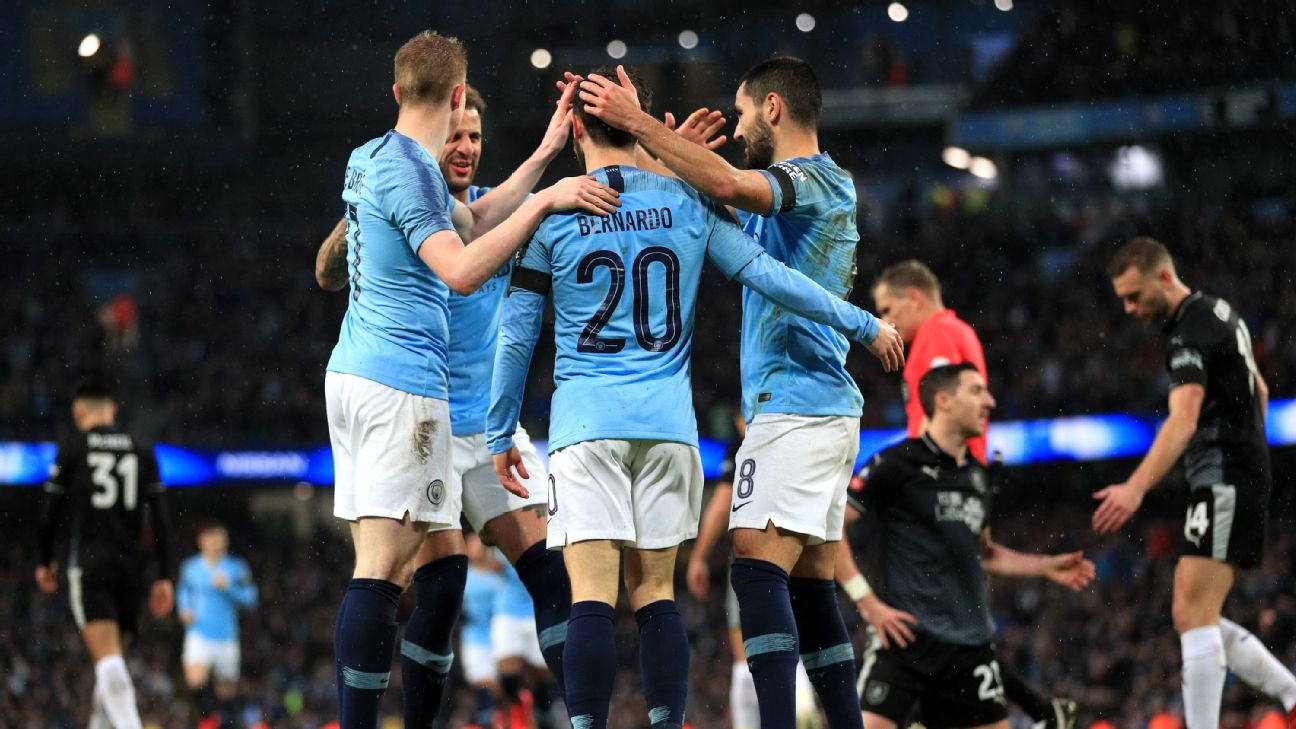 
MANCHESTER, England — Pep Guardiola hailed the mentality of his Manchester City players after they reached the fifth round of the FA Cup by securing an eighth successive victory, before admitting left-back Benjamin Mendy has suffered an injury setback as he tries to recover from a knee problem.

City comfortably beat Burnley 5-0 at the Etihad Stadium and now have scored 29 goals without conceding at the other end — also collecting six successive clean sheets.

While three of those games have come against League One opposition, Guardiola said his players have shown the desire that will be needed if they are to secure silverware this season.

“Winning eight games in a row, this month has been good,” the City boss told a news conference.

“I could say it’s because we played against lower league sides but even in that position you have to score goals, it’s never easy.

“I’m most delighted that everybody has been involved this month and together we can achieve, to arrive in the last stages of the FA Cup and against Schalke [in the Champions League] and fight until the end in the Premier League and Carabao Cup and we need everybody. It’s the only way I understand to fight for competitions is having everybody involved.”

But it wasn’t all sunshine for the Catalan coach who explained why Mendy, who had been on the comeback trail from a midseason knee injury, wasn’t in the City team sheet on Saturday.

Guardiola was quoted in the Manchester Evening News as saying: “He has a little bit of swelling in the knee, and that’s all. It’s a danger you can have sometimes when you come back. He needs time.

“It is a problem, but it’s OK. We move forward and hopefully he can come back soon.”

Kevin De Bruyne played his third game in a week and produced his best performance of the season, culminating in a stunning strike for City’s third.

The Belgium international missed most of the first half of the season after a couple of knee injuries but has been slowly eased back to full-match sharpness to ensure he didn’t suffer another setback.

“We know his quality but it’s not easy when players have long injuries, coming back for the rhythm and the pace,” Guardiola said.

“That’s why we tried to handle his minutes. And today was like we know Kevin is. We need him because he’s so clever, he sees passes and so aggressive in his game. He helps us a lot.”