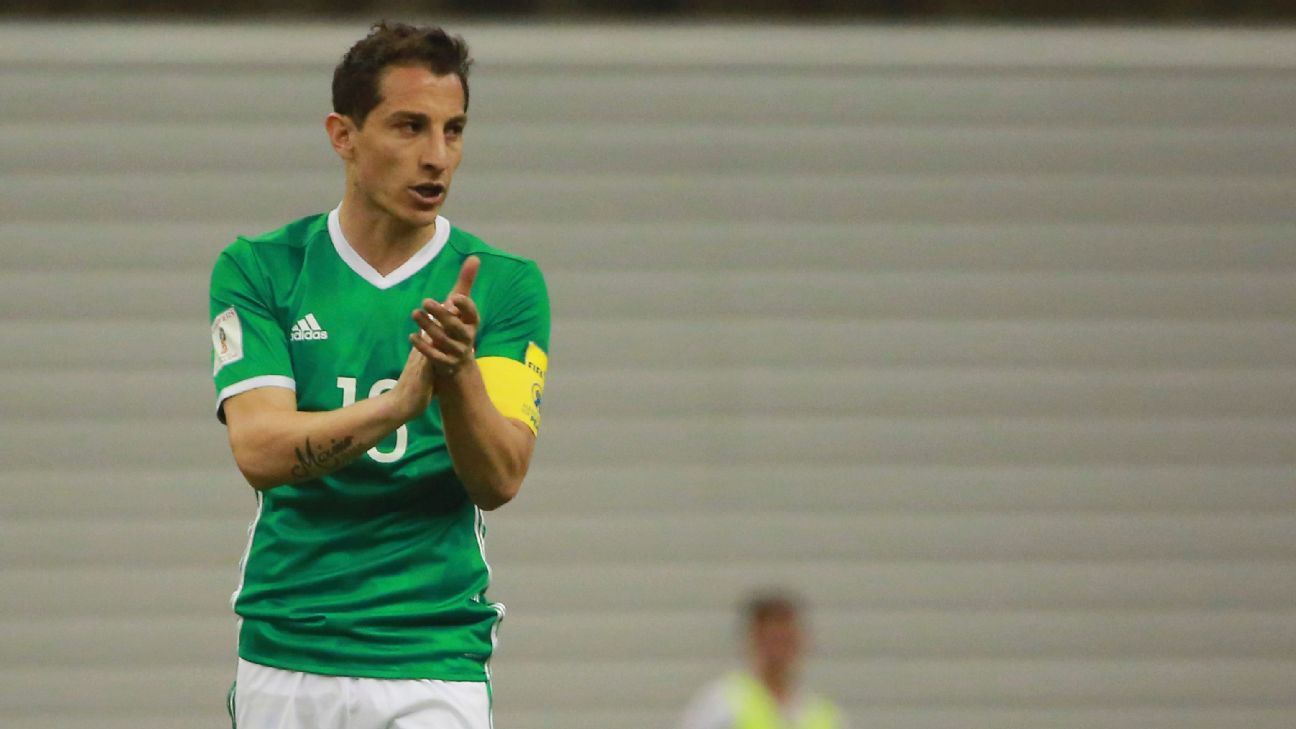 
From the start, new MLS franchise Los Angeles FC has made it clear that it wanted to make a big splash upon its entry into the league in 2018.

On Thursday night, news trickled out about LAFC’s potential first major signing, Andres Guardado, a man who ticks several important boxes for the club: a well-known player to North American audiences, someone who has featured prominently in Europe’s top leagues, and a respected and veteran member of the Mexican national team.

But the feeling is, well, a bit anticlimactic.

From a soccer perspective, this is a great move. Just 30 years old, Guardado has plenty of legs left. He has been one of the key cogs in the PSV Eindhoven midfield since the 2014-15 season, and his leadership as captain with the Mexican national team is beyond reproach. If you are starting a new team, you could not do much better.

Yet this is Los Angeles we’re talking about. The City of Stars. Hollywood. Showtime. Surely the play here is to attract the most widely recognized player in North America, the man who even the most casual of soccer fans would know, the man who could spark MLS’ greatest marketing bonanza since the days of David Beckham, the man who could fulfill MLS’ long-desired objective of appealing to a Mexican audience. That man is, of course, Javier “Chicharito” Hernandez.

Consider the tack taken by the other new franchise in America’s largest metropolitan area. New York City FC was aggressive from the start and brought in three major European stars: David Villa, Andrea Pirlo and Frank Lampard. Did NYCFC struggle on the field in that first season? No doubt. But with the Red Bulls also well-ensconced in the Big Apple, NYCFC had to get people’s attention. They had to fill seats in Yankee Stadium. The club had to be ambitious in selling its brand. Those three players helped do that — just have a look at the list of the best-selling jerseys in MLS last year.

It could be that LAFC are still talking to Hernandez, although the news last month was that negotiations have cooled in light of the striker’s salary demands, rumored to be above $10 million. But if the Little Pea doesn’t suit up for LAFC in that first season – he could join after the MLS season has begun, at the conclusion of the 2017-18 European season — it would mark the club’s first major failure.

Again, this is no disrespect to Guardado, but El Principito alone simply does not match the marketing power that would accompany the arrival of “Chicharito”.

Start with social media. Chicharito has 7.97 million followers on Twitter and 4.1 million on Instagram, while Guardado has 270,000 and 853,000, respectively. That matters.

Also consider the potential for jersey sales. In the five-and-a-half seasons that Beckham was in MLS, the league sold on average 300,000 Beckham jerseys per year. Let’s do the math. If “Chicharito” could match those jersey sales, using the $115 price listed for a customized replica jersey in the MLS shop, that would be about $35 million per year in sales generated by one player. Another popular Mexican player, Giovani dos Santos of the LA Galaxy, is merely 13th on the list. The humble Guardado would likely be lower.

Attendance is another factor. Would Guardado alone bring out additional Mexican fans to MLS games? Probably. But more at a level that falls between Dos Santos and other recent Mexican players who have come to MLS, like Pavel Pardo in 2012 with the Chicago Fire. Hundreds, at most.

Time will tell if “Chicharito” will soon follow Guardado to Los Angeles, but the arrival of Guardado alone is not the type of signing that will have the 2.5 million Mexican-Americans in the L.A. area rushing to the new 22,000-seat Banc of California Stadium or pulling out their credit cards at the club’s online shop.

LAFC has said from the beginning that it is thinking big. Guardado is a quality soccer signing, perfect for a first-year team, but he’s not the whale that LAFC needs to land.