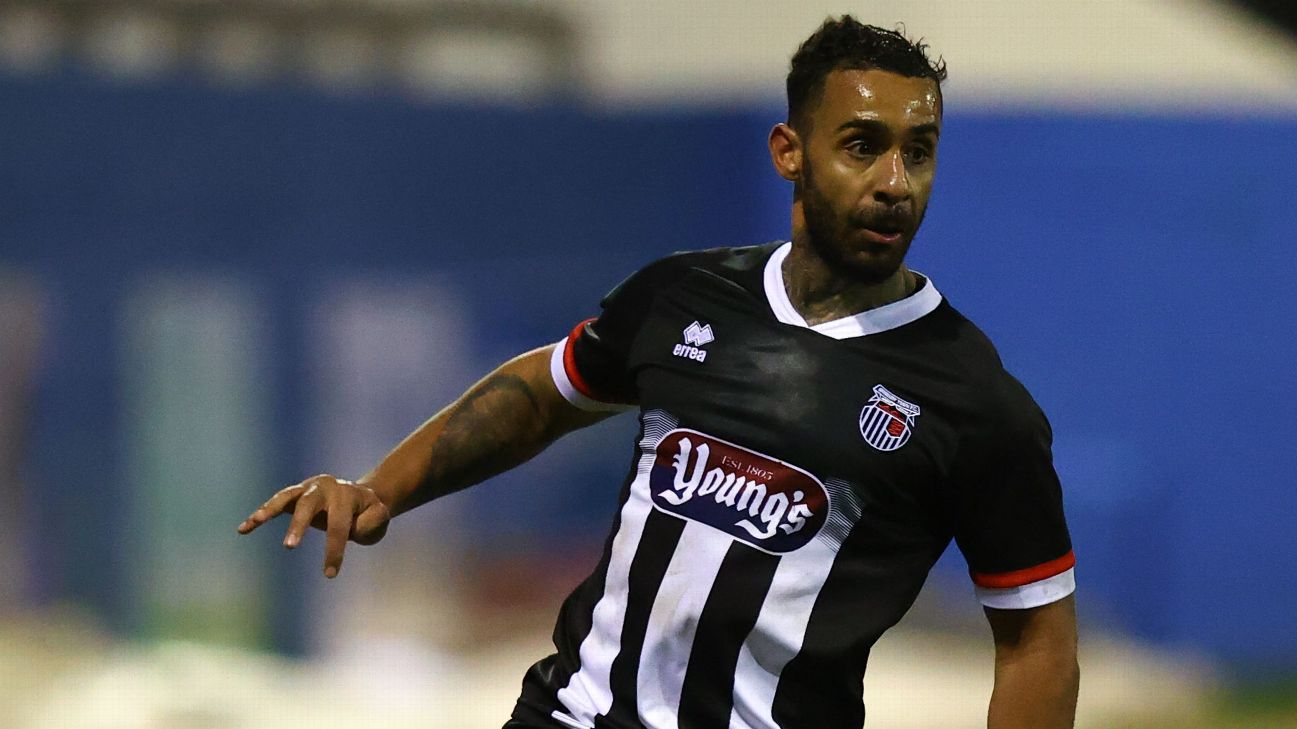 
Grimsby Town player Stefan Payne was sent off during Saturday’s League Two defeat at Bradford for headbutting his teammate Filipe Morais and manager Paul Hurst has said he may not play again for the side this season.

The incident happened as the players were heading off the pitch at the end of the first half, shortly after Bradford had scored.

“It is something you just cannot defend,” Hurst said after the game.

“The two players have let the club down, the pair of them. They have let their teammates down and the fans down. As far as the game is concerned they made it more difficult than it needed to be.

“I didn’t see it because I was making my way down the tunnel, but clearly it merited more than being a little spat.

“Now I have to concentrate on what to do next for the good of the team. The club will be taking action. That will remain private but it won’t swept under the carpet. [Payne] will get a three-match ban for being sent off, but I have got some thinking to do before I decide whether he plays again for the club before the end of the season.”