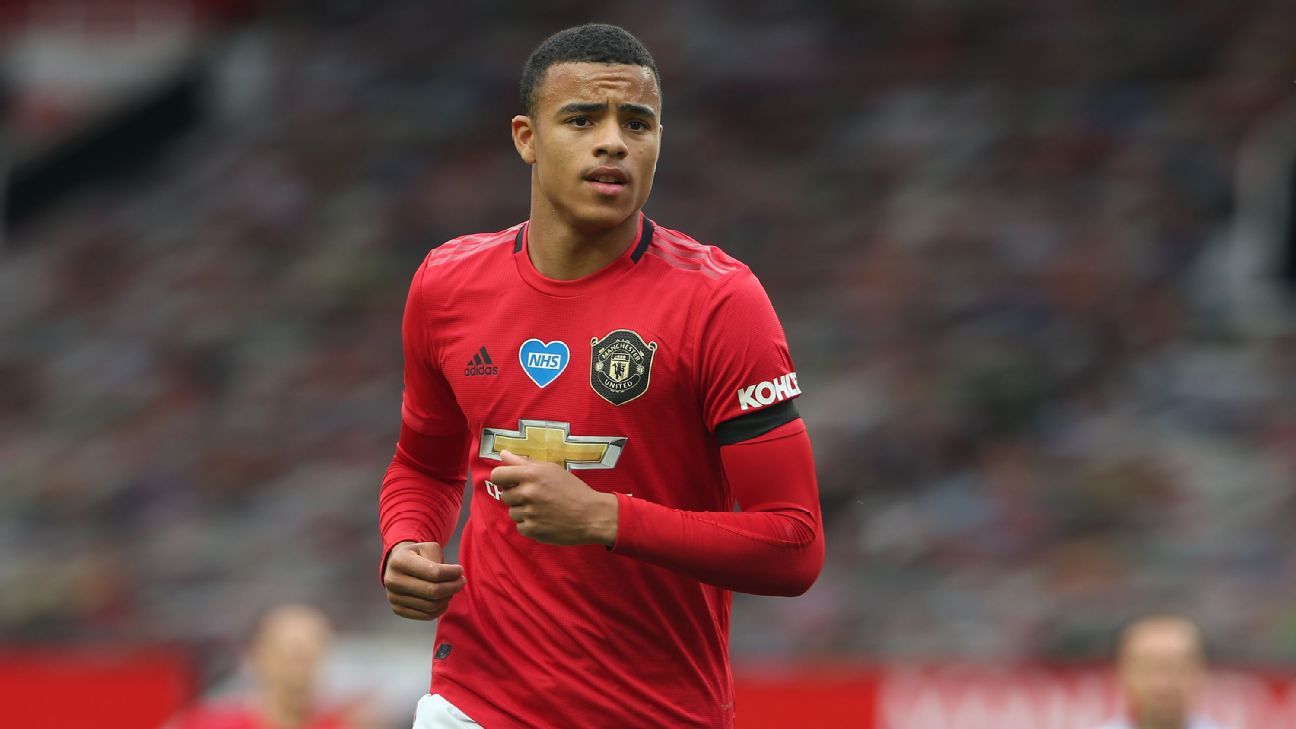 MANCHESTER — Manchester United are a point away from the Champions League after surviving a scare against West Ham to earn a 1-1 draw at Old Trafford.

United’s task on the final day of the season looked like it might become harder when Michail Antonio put West Ham ahead in first-half stoppage time from the penalty spot. But an equaliser from teenager Mason Greenwood means they enter the final round of fixtures a point ahead of Leicester, and they will qualify for the Champions League if they avoid defeat against Brendan Rodgers’ team on Sunday, assuring them a top-four finish for the first time since 2018.

United looked short of ideas before 18-year-old Greenwood popped up with the vital equaliser. The finish looked familiar — a left-foot snapshot that seemed to surprise Lukasz Fabianski — and the outcome certainly was at flew into the bottom corner. It was Greenwood’s 17th of the season and his 10th in the Premier League, a remarkable feat for a player who won’t turn 19 until October. What is more impressive, though, is the importance of his goals. These aren’t the finishing touches to comprehensive wins when the opposition has thrown in the towel, but crucial goals when United need them most.

Paul Pogba will say it was instinct to throw his hands in the way of Declan Rice’s free-kick, but it didn’t look good. VAR showed that Peter Banks correctly gave the penalty, and it was telling that there were very few complaints on the pitch. In Pogba’s defence, the ball was travelling at speed and he would have had very little time to think about it, but he really should have just taken it on the chin. It would not have been pleasant, but it was what his team needed him to do.

Ole Gunnar Solskjaer, 6 — His big decision was whether to stick with David De Gea after his calamitous performance in the FA Cup semifinal, and the Spaniard didn’t let him down this time. United’s overall performance wasn’t as easy on the eye as it has been since the restart but Solskjaer’s team are inching towards Champions League football.

GK David De Gea, 7 — Didn’t get near the penalty but made a good save from Jarrod Bowen’s effort that took a wicked deflection.

DF Timothy Fosu-Mensah, 5 — Filled in at right-back, with Aaron Wan-Bissaka given a rest. Gave away the free-kick that led to the penalty and was substituted at half-time.

DF Brandon Williams, 6 — Did well to snuff out a West Ham attack that could have ended up with Tomas Soucek unmarked at the back post. Had his hands full with Bowen.

DF Victor Lindelof, 5 — Bulldozed by Michail Antonio at the back post just before half-time and lucky to get away with it.

DF Harry Maguire, 7 — Dealt well with a barrage of early crosses under pressure from Angelo Ogbonna.

MF Paul Pogba, 5 — Should have been braver instead of throwing up his hands to block Rice’s free-kick.

MF Bruno Fernandes, 6 — Tried his best to create things around the box but nothing really came off and he looked tired by the end.

FW Marcus Rashford, 6 — Produced a dipping effort out of nothing from 25 yards that had Fabianski scrambling to palm it away.

FW Anthony Martial, 7 — Forced Fabianski into a diving save inside five minutes. Brilliantly made the equaliser with the perfect pass into Greenwood.

FW Odion Ighalo (for Marcus Rashford, 84), N/R — Not in the match long enough to make an impact.