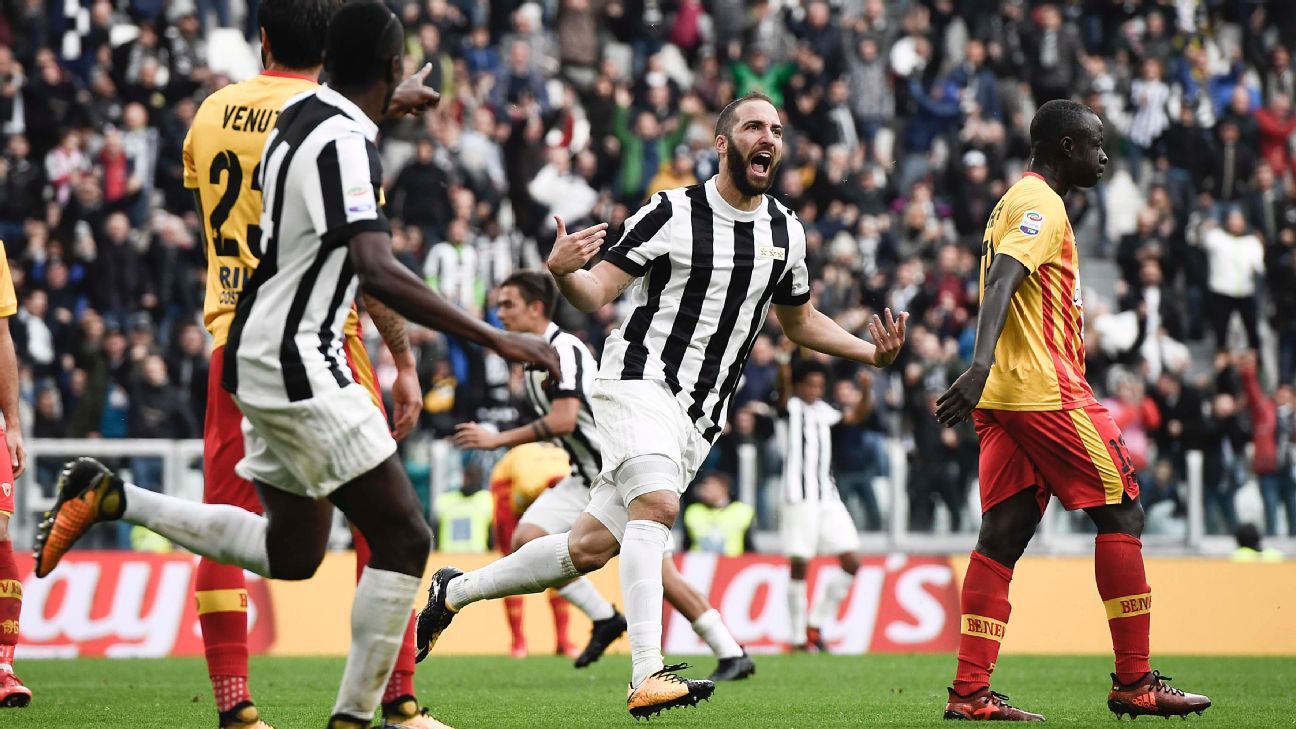 
On their 120th birthday, Juventus did just enough to defeat Benevento 2-1 to collect all three points — putting them just one point behind league-leading Napoli in Serie A.

Benevento arrived with the sole objective of defending and rarely looked to push forward, but when they were gifted a free kick, they scored a fine goal as Juventus keeper Wojciech Szczesny stood back and watched while firmly rooted to his spot.

Juventus pushed forward and tried everything to score but simply wasted chance after chance as Benevento held firm. The Bianconeri prevailed, however, in the second half as Gonzalo Higuain grabbed the equaliser and Juan Cuadrado scored the winner.

The result was perhaps the only positive thing about the match but Gonzalo Higuain deserves recognition for scoring five goals in his last four games.

Juventus may have won the match but they shouldn’t have suffered this much. They were sloppy in possession at times, squandered too many opportunities for goal and the never really raised the tempo impressively to overwhelm the opponent, they just did enough to grab the three points.

5 — There are so many weaknesses for Massimiliano Allegri to address, especially considering how unwilling they were to raise the tempo of the game, to apply real pressure, and to seal the win quickly. The victory was achieved in part because of better talent, but Allegri took too many risks at the end which could have resulted in two less points.

GK Wojciech Szczesny, 5 — Barely called into action, but failed when tested. He remained rooted to his spot for Benevento’s free kick.

DF Mattia De Sciglio, 6 — Didn’t start well, but settled in and helped create the equalising goal. Pushed forward in a more decisively in the second half and dealt with Achraf Lazaar well.

DF Daniele Rugani, 6 — More composed and measured but in truth he was rarely troubled or tested as Benevento never got into the box to create danger.

DF Giorgio Chiellini, 6 — Forced into yet another bandage around the head, Chiellini is the warrior willing to do whatever it takes at the back. Pushed up well.

DF Alex Sandro, 6 — Another inconsistent performance from the player who commits serious errors but then does enough to help the team. Gave away the free kick that led to Benevento’s goal but also delivered the assist for Cuadrado’s goal. Combined well with Douglas Costa and always fought to win back the ball in the second half, but not good enough in the early stages of the game.

MF Claudio Marchisio, 6 — Very good for his first start in a long time. He showed his intelligence, he moved around the pitch well, exploited gaps and proved stubborn in possession. Not yet at his optimum level or demonstrating his usual precision.

MF Blaise Matuidi, 6 — Missed a chance for a goal when he couldn’t convert with his diving header, but he did deliver the assist for Higuain’s equaliser. All in all not his best performance.

MF Juan Cuadrado, 7 — While he missed a great chance for a goal and made several wrong decisions, he also had his moments. Cuadrado was always available for the pass while his goal secured all three points. He covered ground, showed off his pace and fought.

MF Paulo Dybala, 4 — Poor in every sense of the word. Complicated too many moves, his touch was poor, his decision making wasn’t on point and he squandered several opportunities for goal.

MF Douglas Costa, 6 — Produced a great shot that hit the corner of the crossbar and created a lot of danger going forward. Combined well with Alex Sandro and pushed the team forward in the early stages. Produced less as the game went on.

FW Gonzalo Higuain, 7 — Higuain missed many good chances, but showed once again to be reliable. When Higuain always scores when he plays on instinct and managed the equaliser today. Worked hard for the side, tried to win back possession and delivered key passes forward.

MF Federico Bernardeschi, N/A — Brought energy to the attack but not on for long enough.

MF Rodrigo Bentancur, N/A — On for minutes yet came close to scoring a goal.

USMNT has Pulisic and Reyna in form, but who will score the goals on road to 2022 World Cup?
Barcelona vs. Real Madrid clasico not just a football rivalry
FC Barcelona president Josep Maria Bartomeu and executive board resign
Transfer Talk – Mbappe not bothered by Zidane’s rocky Real Madrid future
Philly back at No. 1 after thrashing Toronto FC, Sporting KC surge to No. 3