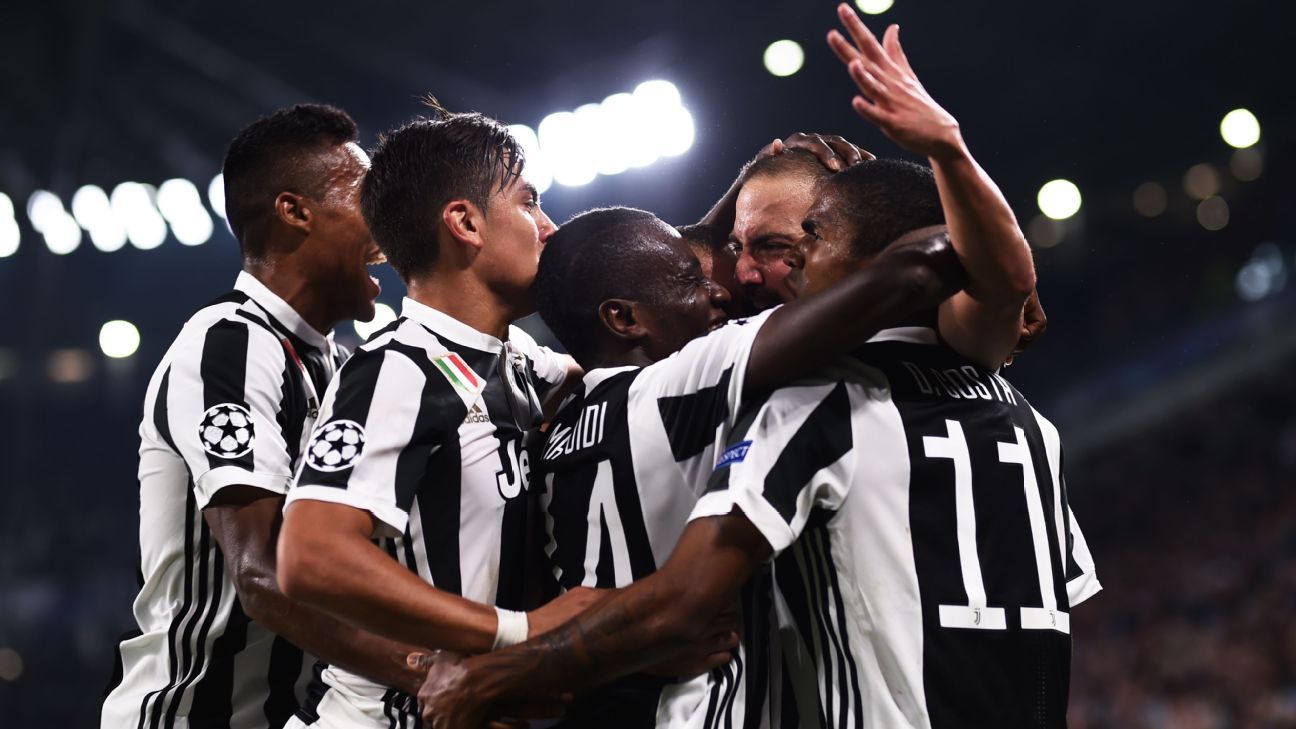 
Juventus defeated Olympiakos 2-0 in a match that proved much harder than expected. Frustrating the Italians for more than 60 minutes, the Greek champions played with physicality, defensive discipline and great organisation, plugging gaps to thwart the talents of Juve’s offensive line.

It took Gonzalo Higuain’s entry on the pitch in the second half to turn things around. Lifting the atmosphere around him with fans applauding his arrival, he grabbed a goal in the 69th minute and then linked with Paulo Dybala to create the second for Mario Mandzukic. Juventus made the most of Olympiakos’ fatigue at the end to secure their first Champions League win of the season.

Juve’s game vastly improved when Higuain came on. Immediately connecting with Dybala, he elevated the level of play in the final third and it wasn’t long before the striker scored his first European goal of the season. Eager, confident and generous, Juventus may have just recovered their efficient jewel at the top.

Against physical and well-organised defences, Juventus tend to struggle to penetrate, looking predictable with every move. They must learn how to absorb the pressure and play a fast game, using their movement and quick passes to overwhelm the opponent rather than wait for them to tire out.

7 — Massimiliano Allegri made the change at the right time to inspire the team going forward. Changing formations and men practically every three days now, the squad continue to perform if not always entertain. A positive result was all that was required and Allegri and his men earned their first European win of the season.

GK Gianluigi Buffon, 6 — He didn’t have a lot to do this evening but he was always ready to thwart Olympiakos attempts from the counterattack.

DF Stefano Sturaro, 6 — Sturaro is not playing in his regular role but is improving. He tackled, used his physicality well and delivered some good crosses.

DF Andrea Barzagli, 7 — Showing skill when defending, the wise head at the back played with cunning ability and intelligence to ensure safety. Excellent at clearing and intercepting.

DF Giorgio Chiellini, 6 — It’s not a contest unless Chiellini’s head is bandaged! The defender once again performed like a warrior on the big stage.

DF Alex Sandro, 7 — Relentless in pushing forward, he created chances, dribbled well and delivered the crosses expected of him. Also has the pace to recover at the back.

MF Rodrigo Bentancur, 6 — Good at recovering possession, intercepting and breaking up play, he plays with elegance. However, he’s yet to make an impact with his passing game.

MF Blaise Matuidi, 6 — A generous player who always exploits the right spaces, he is useful to his new side. However, while his ideas are to be admired, his execution is less effective.

MF Juan Cuadrado, 5 — Dispossessed often, the winger struggled to overcome his man, prove decisive in the final third or create any real danger.

MF Paulo Dybala, 5 — Never one to overcome physical opponents, he struggled to unlock a well-organised defence. It is in these matches that he will be judged and he performed better when Higuain came on.

MF Douglas Costa, 6 — He struggled initially and grew frustrated when he lost possession rather cheaply. However, he grew into the game and began moving well, dribbling and creating danger. More is expected with him.

FW Mario Mandzukic, 7 — Never one to give up, he was always running, playing like a predator in an effort to punish every mistake committed. Deserved his goal.

FW Gonzalo Higuain, 8 — The striker’s arrival on to the pitch changed the game. His ambition to score the opener and intelligence in creating the second sealed the Bianconeri win.

DF Mehdi Benatia, NR — Came on to ensure safety at the back.